Few things are as disturbing as the violent and deafening sound that happens when a car backfires. Imagine driving along, and suddenly you hear sounds as loud as fireworks or a gun going off.

So why does a car backfire? How do you fix a backfire? Is a vehicle backfire good or bad? What does it cost to fix a car backfire? This article provides answers to these questions and more. At the end of the article, you will learn more about car backfire issues.

In the meantime, read on! 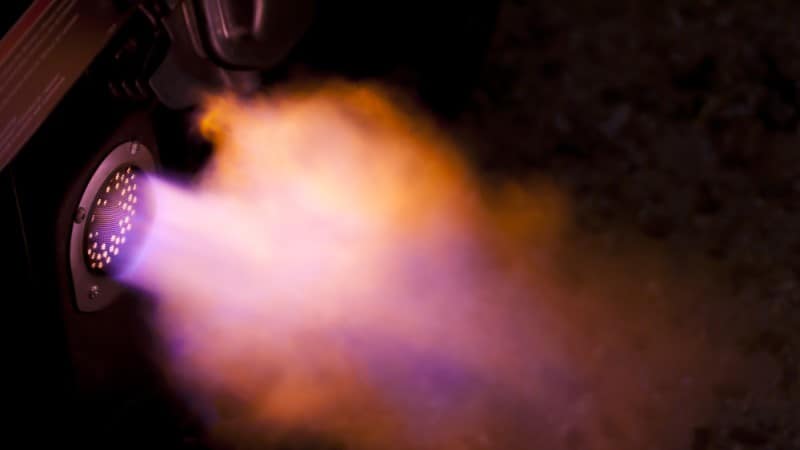 You need to grasp car backfire meaning to understand its causes. A car backfires when there is unburnt fuel in the car’s exhaust system when the car’s spark’s plugs ignite the fuel in the cylinder. The loud, violent sound that you hear results from late ignition in the combustion process.

Older vehicles are more prone to car backfires because the newer models are controlled by more computers, eliminating some of the causes of car backfires. That said, car backfires can occur in any car, and they are not always good because they are caused by some issues with the vehicle’s operation.

With that in mind, let’s look at some of the reasons for car backfires:

For the engine to function optimally, there have to be equal parts of air and fuel. A rich air/ fuel mixture is one with more fuel than air. This leads to the engine’s failure to burn the mix properly when the exhaust valves are open. Consequently, some of the leftover fuel mixtures get into the exhaust and you hear that car backfire sound.

This is the exact opposite of the rich air/fuel mixture. In this case, there is more air in the mixture than fuel, adversely affecting the process. The combustion process is slower, so there will be unburnt fuel when the car’s exhaust valves are open. This leftover fuel gets into the exhaust and can cause a backfire. Blocked fuel filters, faulty car sensors, or bad fuel injectors can cause a lean/air-fuel mixture.

Again for a car’s engine to function optimally, there must be some precision in how the components work. This engine precision (or engine timing, if you will) is regulated by a timing chain that needs to be in tiptop condition at all times. A failed timing chain will cause situations like the intake valve opening and closing at the wrong times or the spark needed for ignition coming at the wrong time.

Defective engine timing negatively affects the air/fuel mixture and leads to a backfire of the car engine.

Your car’s cylinders house intake valves and exhaust valves, which regulate airflow to and fro inside the cylinders. So, the exhaust valves release fumes after the combustion process while the intake valve lets in the fuel and air igniting in the cylinder. If any valves become faulty, the combustion process is affected, leading to the car backfiring.

The car’s fuel system has different components, which can go bad at any time, and a faulty component will affect how the system functions. Say, for instance, the fuel filter is clogged, or the fuel pump has gone bad. There will be a dip or hike in the fuel pressure, affecting the fuel mixes and ultimately leading to the car backfiring.

Bad fuel injectors will also supply varying amounts of fuel to the cylinder and ultimately lead to the wrong fuel-air ratio and the car sputtering and backfiring.

Dirty filters can also cause car backfires because the dirt inhibits the flow of air in the filter. Then there is the likelihood of some contaminants getting into the fuel mixture and affecting the combustion process.

A car’s exhaust system has to be intact to maintain the correct air/fuel ratio. A leaking exhaust will let in more air than necessary, leading to a lean air/fuel mixture that affects the combustion and can result in the car backfiring.

Spark plugs are crucial to the ignition process. When they fail, they can fire at the wrong time or may not even spark at all. Any issues with the firing of the spark plugs will lead to the engine backfiring. Spark plugs can fail for any of the following reasons: wiring issues, bad distributor caps, or carbon buildups.

What Causes Backfire Through Exhaust

Car backfires also happen through car exhausts. Interestingly, this happens because of the same reasons that cause the regular car backfires. Here are some of the causes:

Distributor caps are used with wire sets to dispense electrical pulses to the car’s spark plugs. A bad distributor cap can let in moisture which causes the spark to get into the wrong cylinder when the exhaust valve is open.

Like we already mentioned, excess fuel supplied to the engine affects the way the fuel is burned because the engine has more than it can burn at a time. This ultimately leads to some unburned fuel being leftover in the engine’s cylinders and exhaust. The result is an explosive burning of the fuel through the exhaust when the exhaust valve opens.

Issues With The Spark Plug Wires

One of the most common issues with spark plugs is carbon tracking. It might happen when the distributor cap’s wires generate sparks that move from one wire to another and can cause a carbon track.

Another issue might occur when the spark plug wires or ignition coils are directly attached to the spark plug, producing an electrical spark that can split paths and leave some fuel in the engine’s cylinder. Subsequent sparks will hit the leftover fuel, and this can cause the car to backfire when the exhaust valve is open.

When the ignition timing of a car’s engine is delayed in the combustion chamber, it can lead to backfiring through the car’s exhaust. The reason is that the delay in the timing affects the way the cylinder head and cylinder end burn the fuel, which will lead to the fuel being burnt when the exhaust valve is opened. This often leads to backfiring through the exhaust at idle.

Crack In The Exhaust System

A crack in any of the car’s exhaust system components can cause a backfire in the exhaust. The reason is that these cracks allow more oxygen to get into the exhaust and lead to unburned fuel being left in the exhaust.

How Do You Fix A Backfire?

So how do you stop a car from backfiring? The good news about car backfires is that you can always fix the issues once you have identified the backfire cause. So here are some ways to fix a car backfire.

Your car might have backfiring issues because of a faulty oxygen sensor. Once you have ascertained it as the problem, your best bet would be to replace them as soon as you can.

The timing belts ensure that the precision in the function of the engine’s components is maintained. You want to check the belt to ensure that it is still in good working condition. If it is frayed, worn, or going bad, then it is time to change it.

Faulty spark plugs will affect how the air and fuel mixture in the engine’s cylinder is burnt. So you want to check the plugs for carbon buildup or any indication of corrosion that could make them go bad. If you notice any of these situations, then you might want to replace the spark plugs.

The carburetor, fuel pump, and fuel injectors are vital components of every automobile fuel system. It is crucial to ensure that both are sending the optimal amount of fuel into the air intake. You might need to adjust or clean the carburetor if it is not bad, though. If it is bad, then you might need to rebuild it or replace it altogether.

The same applies to the fuel injectors and the fuel pump too. They may be needing some checking, cleaning, and replacing as the case may be.

Q: Is It Bad For A Car To Backfire?

The occasional backfire might not be. Some drivers look for ways for their car engine to backfire occasionally because of the sound. However, constant car backfires are bad for cars. They are often symptoms of some more severe issues, and they often lead to engine power loss, reduced fuel efficiency, and engine damage, among others.

Q: What Causes A Car To Backfire On Acceleration?

Q: How Do I Stop My Exhaust From Popping?

A rich fuel mixture often causes an exhaust backfire or a popping car exhaust. One great way to correct this would be to adjust the fuel passage. You also want to check the fuel system to ensure that excess fuel is not sent into the air intake.

Q: Can A Backfire Damage An Engine?

Yes. Consistent engine backfires occur because the fuel combustion is happening outside the combustion chamber. The causes of such a situation can lead to more severe issues that could eventually damage the engine.

Q: Is Backfiring Good Or Bad?

Backfiring is not a good situation because it is a sign of something wrong with the engine operation. The least dangerous reason for engine backfire is a waste of fuel, and the worst could be significant damage to the car’s exhaust system. Either situation is bad for your car.

Q: Can A Bad O2 Sensor Cause Backfire?

Yes, a bad O2(oxygen) sensor can cause a backfire. The oxygen sensor is responsible for regulating engine timing, the air/fuel mixture, engine combustion. It does this by sending data to the car’s computer.

A bad O2 sensor will send the wrong data to the engine’s computer leading to a distortion of any of these functions, and ultimately a car backfire.

Q: How Much Does It Cost To Fix Backfire

It all depends on the replacement costs, the vehicle in question, your location, and the mechanic shop you patronize (or not).On average, it might cost you anything between $95 and $200 to fix a car backfire.

So not that you have the answer to the question, why does a car backfire? What next. Well, you should regularly maintain your vehicle as it reduces the risk of any of the causes of a car backfiring.

However, if you suspect that you might have a backfire problem, your best bet would be to have a professional mechanic look it over as soon as you can.

link to What causes Engine Misfire - Symptoms, Diagnosing and Fixing

Engine misfire is one of the most frustrating things that you don't want to face. But unfortunately, they are bound to occur in every engine for one reason or the other. What does an engine misfire...

There is a delicate balance to maintain when it comes to optimum engine performance. This means that you should keep tabs on lean vs rich when your engine is working. For a good combustion process to...