Is your Subaru key stuck in ignition? If yes, do not panic. Most Subaru owners have been in that situation at one point or the other. This can happen for several reasons. There are several hacks to take the key off the ignition. But the hacks may differ from general removal of stuck keys from the ignition and that of fixing Subaru, and Honda Accord Key stuck or any other particular brand. If this repeatedly happens even after trying the general methods, this article is for you.

Here, you’ll learn the causes and how to rectify the 1998 to 2017 Subaru key stuck in ignition issues. I’ve fixed this issue several times in my garage. So, sit down and grab a cup of coffee while I explain how you can fix this problem. 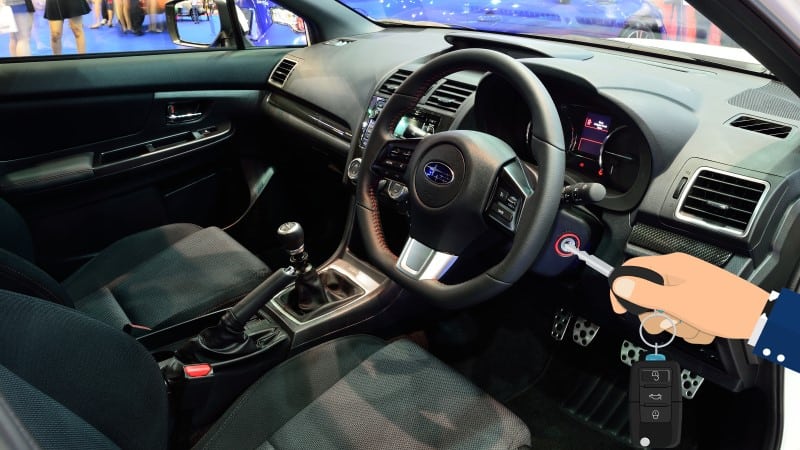 Why does my key get stuck in the ignition Subaru?

As explained, a 2000 Subaru key stuck in ignition can happen for several reasons. If you have a 1998 or newer Subaru, factors like a dead battery, shifter solenoid issues, locked steering, and the car not being fully in the park can cause it to stick in the ignition.

The gear selector is not in park

If there’s dirt, debris, or any contaminant on the key, it can cause the key to get stuck in the ignition. Car keys usually grab dirt when cleaning, scratching, or opening something with them.

Car keys can bend under regular use or when you use them for cleaning or opening something. If this is the root cause, you need to replace it. It can cause the Subaru key stuck in ignition and won’t start. To fix this, contact your car dealership for a new key. Though this is not common with new Subaru cars, it can cause the keys to get stuck in the ignition.

Shift solenoid or release key switch is a mechanism in Subaru cars that tells the car computer when the key is in the park position. If this solenoid goes bad, it’ll cause your Subaru Crosstrek key to get stuck in ignition. This is common with other Subaru models like Forester, Impreza, and Outback.

The release switch in the steering column allows the ignition to release the key when the shift solenoid in the gear selector mechanism activates it. If you start experiencing issues where you have to shift your Outback, Impreza, Forester, or any Subaru gear selector back and forth before removing the key, you likely have a defective shift solenoid.

If you are in this situation, don’t worry; you’ll learn how to fix this in the next section. 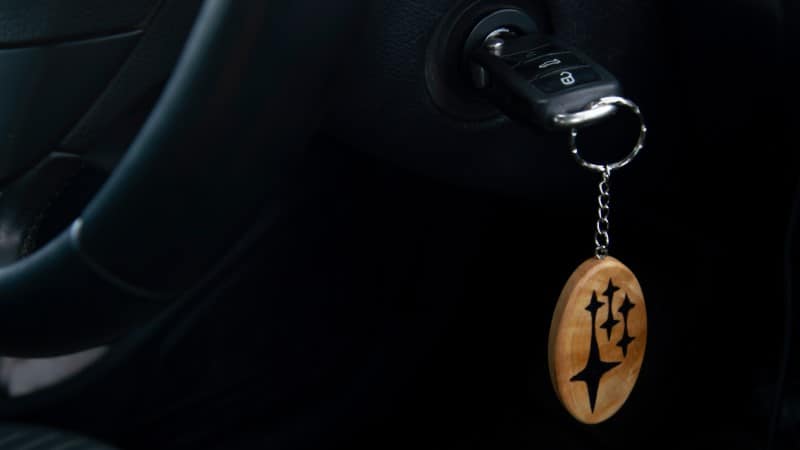 How do you get a Subaru key out of ignition if stuck?

Here’s a simplified Subaru outback key stuck in ignition; how to remove guide. Since several factors can be the culprit, start with the minor repair approach and see if that fixes the underlying problem.

If your Subaru key is stuck in the ignition and the car won’t start, check the battery and ensure you have enough voltage to start the car. Usually, Subaru keys can get stuck in the ignition in several ways. It can happen where you can’t move the key back and forth, the key will move but the car won’t start and won’t come out, or the vehicle can start but won’t come out.

If you can freely move the keys, but the car won’t start, and the key won’t come out, check the battery. It signals you of a low or dead battery. It could be that your battery is not holding charge, is dead, or is low and needs recharging. Try starting the car with a new battery and see if that’ll fix the problem.

Gently wiggling the wheels back and forth while trying to remove the key is all you need to fix the problem.

Ensure the gear selector is in park

If your Subaru Forester key is stuck in ignition and all the above methods prove abortive, the release key switch is likely the problem. This switch is placed in the steering column. To fix this, remove the two screws holding the steering column, locate the white switch close to the ignition key, and disconnect it.

Let’s get this straight; this is not the appropriate way of fixing this issue. Plus, some security functions in the car will stop working. For instance, with the mechanism disconnected, the door will not beep when it is open with the key in the ignition. See the next step if you don’t want to do this.

Consult a mechanic or replace the gear solenoid switch

As explained earlier, there is a shift solenoid in the gear selector assembly. Whenever this component fails, it’ll start causing the key to stick in the ignition. If your Forester, Crosstrek, Impreza, or Outback starts sticking to the ignition repeatedly, this mechanism is to blame.

How do you unlock the ignition on a Subaru?

As I explained above, several factors can cause your Subaru key to get stuck in the ignition. And there are several ways to rectify the issue. Firstly, you have to ensure the vehicle is in the lock position, the gear selector is in the park position, the steering wheel is not locked, and the battery is fully charged.

How to stop my key from getting stuck in the ignition

Most times, keys getting stuck in the ignition don’t happen by accident. Something it happened usually. So, the only way to stop your key from sticking is to track the leading cause and address it. For instance, if your Subaru key keeps getting stuck in the ignition, you most likely have a shift solenoid issue. And to prevent key getting into ignition and stuck, you have to replace the shift solenoid.

What to do if the key does not come out of ignition?

Some repairs are better left for experts to handle. If you keep fixing everything in your car, you may end up causing more damage. Therefore, if your keys keep getting stuck in the ignition, you should only try the basic things. Then contact your mechanic if none of the above fixes the problem.

A Subaru key stuck in ignition can be caused by a number of factors, and there are several ways to address it, depending on the leading cause. The primary causes could be a dead battery, bent key, debris on the key, rusted key, ignition lock issues, key not in the lock position, gear selector not in the park, and lousy shift solenoid.

Depending on the root cause, you can address the issue by recharging the dead battery, replacing a bent key, gently wiggling the steering wheel, returning the key to the lock position, unlocking the locked steering wheel, and replacing the defective shift solenoid.