A car’s ECU is responsible for several important tasks, so if it starts to malfunction, you’ll likely notice changes in how your car performs. The most common symptoms of a bad ECU include car not starting, poor engine performance, engine misfiring or stalling, bad gas mileage, rough or irregular shifting, and check engine light illumination.

In this article, we’ll examine these symptoms and how to test ECU with a multimeter. Knowing the said symptoms will enable us to guess what and where malfunctions happen so that we may go for timely repair.

However, if you want to read bad ECU signals like an expert, you must know first what an ECU is and how does it function? Therefore, we’ll start by focusing on ECU and its function so that you can relate to the malfunctioning ECU symptoms fast.

What is an ECU and how crucial it is?

The engine control unit is referred to as a car computer because it controls virtually all system operations. It collects information from various car sensors to regulate system operations and offer a high-performance and seamless driving experience.

The power control module plays an essential role in modern cars, where system operations are electronically controlled. Since various car sensors report the functionality of different vehicle components to the ECU, if it fails, the vehicle will project several drivability and performance issues. 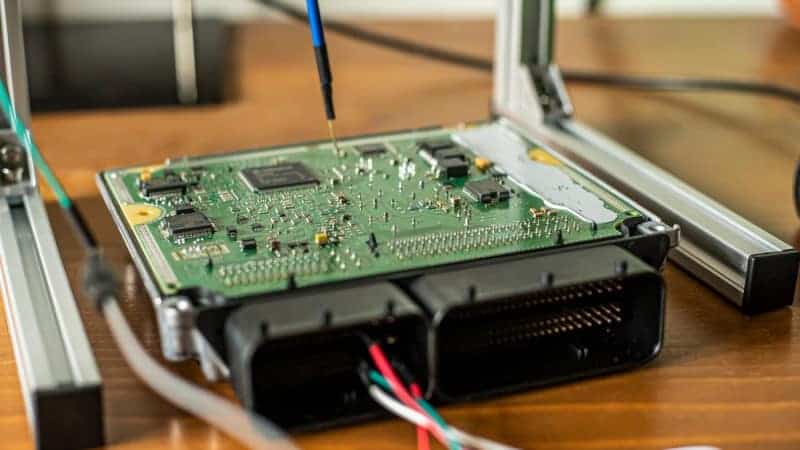 Symptoms Of A Bad ECU

Common symptoms of a bad ECU are engine stalling and the illumination of check engine light on the dashboard. You may experience poor gas mileage and hard starting. It’ll also cause a loss of engine power.

Here’s the full list of the symptoms of a bad ECM.

Therefore, whenever the engine check light pops on the dashboard, diagnose the vehicle to see if you have a failed ECM. If so, it may be caused by a bad ECU relay or ground.

There are several engine control module failure causes. Search the meaning of the fault codes on your browser and fix or replace the culprit. Yes, RXmechanic can serve this purpose the best with authority information and in-depth explanations of myriads’ error codes.

As suggested above, the engine control unit regulates several system operations. A bad ECU can cause inadequate fuel delivery to the combustion chamber. This will cause the engine to underperform when you depress the gas pedal.

The engine may jerk or feel vibration when driving uphill, carrying heavy items on your cargo, or when towing. The engine may suffer rough idling because of inadequate fuel entering the combustion chamber.

Poor engine performance is a common symptom of a bad ECU on BMW. Other vehicles suffer poor engine output, but it is more prominent on BMWs.

Rough idling and erratic engine behavior indicate a bad powertrain control module. A failing engine control unit will cause the engine to stall interminably or misfire during operation. A more prominent sign is misfiring and stalling will not be consistent. It’ll happen occasionally.

When the engine control module fails, it might not know the right amount of gas to send to the combustion chamber. It may send a higher amount of fuel to the engine.

This means you’ll have a compromised fuel mileage. It also means constant visits to the gas stations.

This usually happens when there is a loss of power. But in this case, it happens when the ECU sends false information to the transmission control module (TCM). It also means the TCM is not getting appropriate information it needs to shift the gears smoothly. Because of this, the transmission will find it difficult to shift the gears smoothly and at appropriate times.

ECM failure is a gradual process. If it malfunctions, you’ll be able to drive your car at the initial stage. When it completely fails, that’s where your car won’t start at all.

Once the engine control module is completely out, the engine won’t have any computer (brain) to regulate its function. The engine will crank as you revolve it, but it won’t start because there’s no computer to feed it with the needed information.

Like the check engine light, several factors can cause a vehicle not to start. The only true way to determine if a bad powertrain control module is the culprit is to have a certified mechanic diagnose the vehicle. 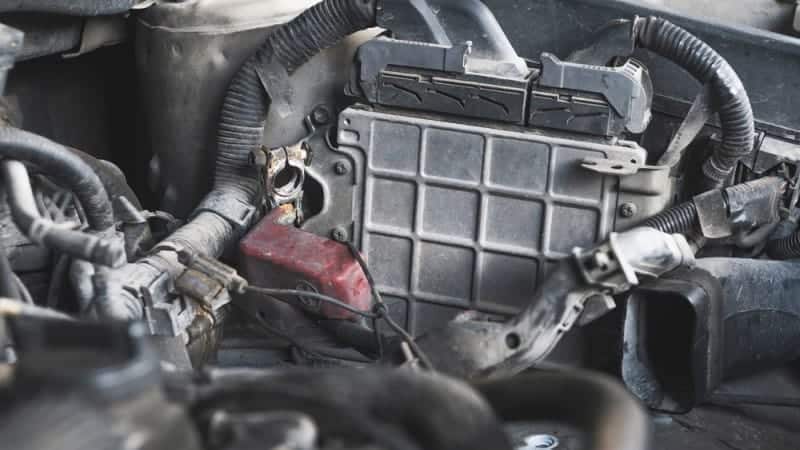 If you think your ECU is bad and it causes your problems, follow these steps to properly diagnose it. First, you’ll need to do a visual inspection, or you can try a swap, and last, you can always use an OBD11 scanner.

When going through the visual route, uninstall the ECU from the car and remove the cover and inspect the circuit points. If you see water-damaged ECU signs, or you notice burnt components, it shows you have a faulty ECU.

If you couldn’t figure out a bad ECU via the visual route, try swapping it. This works best for older cars where programming is not a factor. But in newer cars, you can sometimes do a swap as well.

For example, if you find another ECU with the exact part number, you can insert it into your car. If the vehicle regains communication, that shows the ECU is bad and needs replacement.

Sometimes, you can use an OBDII scanner on the vehicle, and the engine control module will self-diagnose itself to be damaged. That shows you need a replacement.

Q: How much does ECU cost?

If after diagnosis and you discover the ECU is bad, you’ll either repair or replace it. The cost of the ECU depends on your vehicle’s make and model. The newer and more luxurious a car is, the more costly the engine control unit will be. It is like purchasing a high-performance car from Mercedes or BMW versus a budget car from the Toyota lineup.

On average, a new ECU will cost around  $800 and $200 for installation and programming, making it $1000 for parts and installation. This excludes taxes and shipping fees.

However, the price of engine control units on budget cars can be as low as $400 and as high as $2000 on luxury cars.

Q: How much is an ECU tune?

ECU tuning or flash tuning, as it’s popularly called, is an effective way of maximizing overall vehicle operation by at least 30℅. But how much does it cost to tune an engine control unit?

The cost of tuning an ECU heavily depends on the vehicle’s make and model. However, professional tuning costs between $200 to $700.

Q: Can an ECU overheat?

When the ECU overheats, it’ll enter ‘limp mode, which means it’ll limit the engine power. It’ll also trigger the check engine light to notify the driver of an imminent problem in the system.

Yes, you can swap an ECU from one vehicle to another. But you’ll have to reprogram it, which requires a programming device, a laptop, and access to the vehicle manufacturer’s website.

Depending on the make and model of your vehicle, programming an ECU may require the following.

The latter isn’t a simple job for an average mechanic. You’ll need to take the vehicle to an ASE-certified mechanic or a dealership.

Q: Can ECU cause misfires?

A malfunctioning engine control unit will project several symptoms such as a check engine light illumination, poor gas mileage, and engine misfire, among others. Many factors can cause an engine to misfire, but if the engine stalls erratically and misfires, a bad ECU is a culprit.

If there’s no pattern to the severity or frequency of the misfire and it comes and goes with no pattern, checks the ECU.

Q: Can you bypass the ECU?

Practically, no. Mechanics can bypass the ECU during some system tests and diagnoses; it requires harnesses, breakout boxes, and specialized scanners. But the ECU must be present for a car to run.

The ECU plays a crucial role in system operation and controls the overall functionality of the vehicle. Any issues with it will affect the efficiency of car sensors and other components that report to it.

Engine control units on newer vehicles are quite sophisticated and complex. For this reason, they’re quite challenging to diagnose. If you notice two or more of the symptoms of a bad ECU listed above, fix it as soon as possible before it escalates to a major repair job.