This article focuses on B mode on hybrid trucks and cars. If you purchase a hybrid vehicle, it’s because of its fuel efficiency. Similarly, people buy electric vehicles because they don’t run on gasoline or diesel. But they are equipped with many features that make them energy-efficient, even greener, and easy to ride.

Most hybrid owners frequently ask, “what is B gear in hybrid” and many other trivial questions. We’ll answer these questions in this piece.

What Is The B Gear? 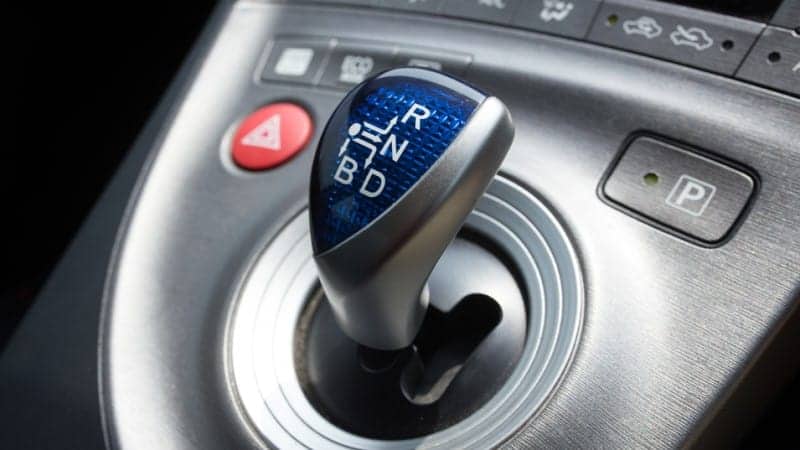 The B gear in Prius or any vehicle model positions as a lower gear that serves a different purpose, just as you might shift a manual transmission to a lower gear on a long downhill road. The B gear increases engine drag and slows the vehicle while coasting down the hill.

What Is B gear In Hybrid?

Most times on several automotive forums, folks keep asking, “what is B gear in hybrid Yaris.” Generally, B gear in hybrid cars is a regenerative portion of the brake system that increases drag.

The friction produced from the drag when using B gear generates electricity to keep the car battery charged. However, the primary purpose is to downshift smoothly or stimulate engine braking when driving on a long steep hill.

Another purpose of B gear is to create alternatives to brakes, especially when traveling on a long steep hill. In other words, it makes a fiddle to play with while saving your brake system components from wearing out.

What Does The B Stand For In A Prius?

What Does B On A Shifter Mean?

Typically, automatic transmissions have PRNDL. This means Park, Reverse, Neutral, Drive, Low Gear. However, some vehicles have no lower gear, and the automakers of such vehicles replace the lower gear [L] with engine braking [B].

While L gear allows you to run only on lower gears between first and second gear, the B will enable engine braking while saving your brake lifespan.

When Should you use B mode?

It’s important to know when to use B gear in automatic cars to save yourself the stress of thinking you are recharging your hybrid battery when you’re not.

The B mode is designed to be used the same way you would downshift to a lower gear in the conventional transmission. When going down a long steep hill, slowing down the vehicle with only the brake pedal can overwork the brake and cause accelerated brake wear.

In a worst-case scenario, it can overheat the brake fluid, causing it to boil and lead to complete failure. The solution in a manual transmission is to select a lower gear to aid the brake in slowing down the vehicle. If not, you have to apply pressure on the brake to maintain a slow movement.

B mode gives you confidence on the wheel when cruising in a snowy environment. For instance, Prius B mode in snow prevents hydroplane and slippage as applying brakes on wet pavement can cause sliding. Selecting B mode in a wet pavement can help reduce the vehicle’s slipping out of control and stopping abruptly.

When Should You Avoid Using B Mode

Having explained when to use B gear, there are times you should travel on D gear instead. Primarily, do not use B gear on regular driving. There’s nothing to gain when driving with B mode on regular pavement.

Indeed, The B gear recharges an EV battery and increases engine drag on a downhill as well. But on regular driving, it wastes energy unnecessarily and will not charge a hybrid battery. The B stands for Brake, and not Battery. So, do not use B for the purpose of saving battery.

Can You Shift From D To B While Driving?

Of course, you can shift from D to B. In short, that’s only where one can change to B.

You can’t go from P to B, but it’s possible to shift from B to P.

Most cars equipped with B mode have complex electronics that won’t allow you to make a wrong gear shift. You shouldn’t have to worry about selecting the wrong gear because that’s almost impossible with most automatic transmissions.

For example, shifting from D to R will be impossible; the vehicle will put the shifter in Neutral (N). The transmission won’t allow the change as it could damage it and even cause a collision.

How Do You Use B In Hybrid Cars?

Whether you’re on a steep downhill or cruising around the city on low gear, shifting to B is pretty simple.

The first thing is to slow down to a lower gear where you will be comfortable cruising down the road while maintaining a reasonable speed limit.

Once you’re running at a lower speed, select the shifter knob to B. You don’t need to depress the brake pedal while shifting the knob.

This will cause the engine to produce a loud revving sound. Do not panic when you hear this sound; it is normal. The loud sound means the engine is spinning swiftly to balance to a safe speed without stepping on the brakes. 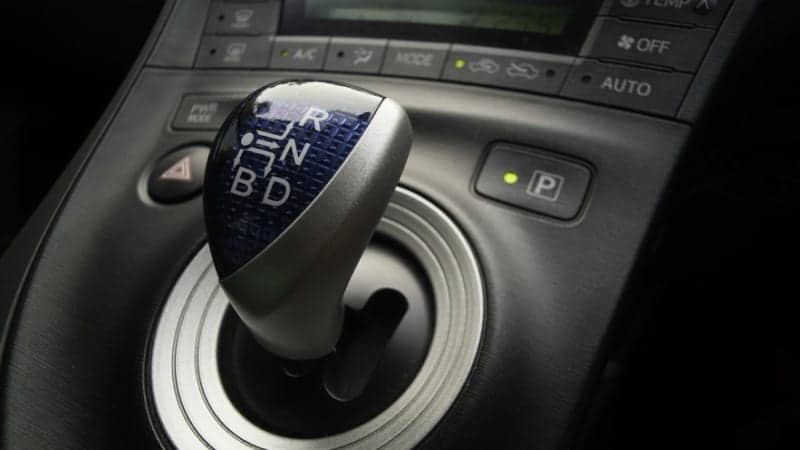 What Is The Most Efficient Way To Drive Hybrid

Driving style has a significant impact on the overall performance of a vehicle. Hybrid vehicles are equipped with more sensitive features than conventional gasoline-powered cars, so bad driving habits significantly affect them.

Pay critical attention to the following paragraphs to learn how to maximize the sensitive features of your hybrid cars and harness their overall efficiency.

Use Ev mode on short distances: Running on EV mode means utilizing the battery’s power. It improves your overall driving efficiency, but you must not use it when not required. Remember, your hybrid car has less power when running on EV mode.

That said, it’s perfect for short distances driving at low speed. Switch to this mode when moving out of a garage, within a parking lot, or going to a nearby shop.

Use Eco mode on highways: The function of this mode is to increase fuel economy and reduce the accelerating speed. However, you should know what you want before using each driving mode to harness your driving experience.

The Eco mode does not alter vehicle speed or engine power. It only makes the accelerator less sensitive, thereby reducing fuel consumption. Hence you should switch to this mode on highways, especially when you’re not converting your vehicle to a beast on the road to enhance fuel economy.

In any case, if you’re the type who pushes the gas pedal all the way down, consider traveling in normal conditions.

Avoid hard braking:  Abruptly depressing brake pedals are harmful to all vehicles. It is even worse in Hybrid cars as it can result in loss of engine power—the frequent pressure on the brake drains stored electricity. The perennial pressure on the brake will not give the regenerative braking system room to recover lost energy.

Indeed, the regenerative braking system helps charge the battery, but does it mean you should stop braking? No. However, you should release the gas pedal once you see brake lights on vehicles in front of you to slow down your car before getting closer. It is usually helpful to travel on the route you’re familiar with and can predict the stops and bends.

Coast when possible:  Coasting can help maximize your driving efficiency. Driving without feeding the vehicle with gas will enable you to run without gas or stored electricity.

The article has successfully answered the question: what is B gear in hybrid. At this juncture, we’ve provided sufficient information on what B gear is and answered other trivial questions you may have.

Now that you know how to enhance your hybrid vehicle efficiency explore your ride and harness its overall performance.