It’s possible that your car won’t start with new battery. Of course, a damaged or dead battery will not work. But what happens if it is a new one? You have thought that changing the battery is all you need, but you fix it, yet the vehicle won’t start.

Many times, the common reason a vehicle won’t start is battery problems. Because the car battery plays an important role in how the engine operates, it is okay to assume it is an issue with the battery. However, sometimes, it’s not a failure from the battery.

There could be many other reasons, such as a bad alternator or the fuse being damaged. I will explain in this article what to do when you have a new battery, but your car refuses to start after many attempts. 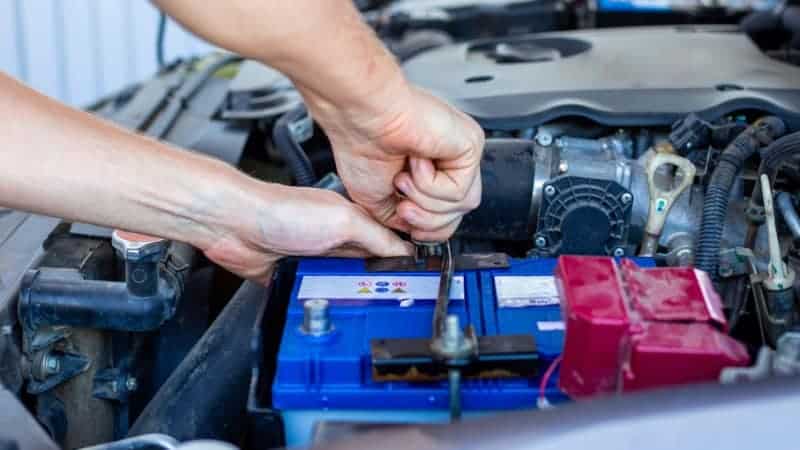 The battery is the source of major electricity in your car. It provides the chemical elements creating the chemical reaction that produces electrical energy. So a bad battery probably has something wrong with its components.

It could have become weak after a lot of use. Carelessness such as leaving some major features turned on for a long time can also have adverse effects on batteries. But we’re looking at a different problem here. You have a new battery but car won’t start without a jump.

First, we have to find out if the battery is dead. It means you get a lousy product. So you have to get a new one again because the battery is not any good in the first place.

But if it is in great condition, you might be able to fix this in a few minutes. So, don’t fret. Look at all the possible reasons we have mentioned in this section. You should be able to figure out the problem on your own in a matter of minutes.

The battery isn’t fixed properly: What type of sound comes from the engine? Does it sound like k-k-k-k and goes on and on when you are trying to start the car? It means you didn’t fix the battery properly.

The ignition switch isn’t working: The ignition key is a point of contact to start your car. If there’s a problem with it, the engine will not work, even if your battery is brand new. In other words, it could be the ignition is having problems, but the battery is fine.

So to ascertain the issue is truly about the ignition, turn on an electric feature like your headlamp. They depend on your battery and won’t turn on if the battery is not working fine.

Now, does the lamp turn on and shine bright? If yes, it means the problem is somewhere else, not with the battery. It could be ignition and I will explain what to do later.

The starter is bad: Let’s start with the job of a starter. It is a feature in a car that completes the ignition process. It is an electric motor connecting the ignition to crank the engine. When you turn the ignition, this motor sets some parts of the engine (the piston and crankshafts) in motion.

If this process isn’t complete because of a bad starter, your car won’t start with new battery. So how can you tell if it is actually the starter, not the ignition or the battery?

Listen to the engine when you turn the ignition. Does it give a clicking sound? That’s the sound of a bad, weakened or broken starter.

Your gas tank is empty: This point sounds obvious, but I need to remind you. Your car can’t run on an empty gas tank. Maybe you have been occupied with other thoughts that you ignore or forget to fill the tank.

The fuel filter is clogged: Since I mentioned that empty gas will not run the car, it is also worth noting that the gasoline should get to the engine. Of course, that’s how manufacturers designed cars to work. But a clogged fuel filter can prevent the flow. What happened after is that you have a new battery but car won’t start.

Normally, you should change your filter after traveling for about 20,000km. So if your car can’t start despite having a battery that is in a good state, think about the filter. It might be clogged.

Many car alternators can last for years. Without maintenance, you could run them for a long time. But when they stop working, there will be some problems. Your car might not start.

What to do if car won’t start with new battery? 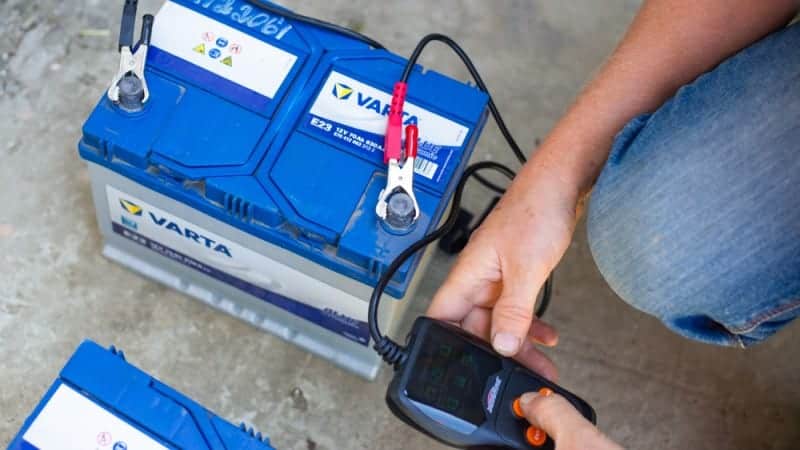 I have put down the reasons why your car do not start even when you have a new battery. Let’s look at the solutions. These are things you should do when a new battery can’t start a car no click:

Look at the battery: Examine and see if you have fixed the battery correctly. Then, check how you position the wires. This might not be the reason but recheck. After that, you can look for other options.

The first sign your battery is not working is when electric appliances aren’t working. Try to turn on the lights. If car won’t start but radio works, it is probably not a battery problem.

If you live in cold regions, you may find out that your battery died because of the weather. You can know about this by checking your car dashboard.

Things you can do if the battery is the problem.

Jumpstart the car: Try to jump-start the vehicle when you are not sure why the car won’t start even with a new battery. If it works, the fault is either your alternator or battery. One of them is weak and needs an upgrade.

Consult a technician: The reason your car won’t start can be simple, like not fixing your battery properly, or it might be complicated, like when your car can’t ignite “the spark” needed to start the engine. So, consulting someone who has the expertise and tools for testing your car is a guaranteed way to find a good solution.

Sometimes, you are not only solving a simple problem when you consult an honest technician. You are also saving possible issues that might have eluded novices.

Knowing all the possible answers when a car won’t start with new battery can save you a lot of headaches. With this article, you now know where to check, what might be wrong, and what to do. You might be able to fix the issues on your own.

Having the knowledge isn’t enough. Guessing you know what’s wrong without testing the explanations is not the best idea. So try all the processes as described before you conclude about a particular problem.