People naturally have a bias towards things based on their preference, and if you meet someone on the lookout for cars that start with K, don’t be surprised.

Different factors influence people’s choices. For some, it’s their background, beliefs, life experiences, and many others. And when it comes to choosing a ride, the car name, color, letter, amongst other things like comfort and speed, influence buyers’ choice.

The beauty about this is that it marks out our uniqueness and difference. Therefore, if you are on the lookout for a ride that starts with K, this article is for you.

Today, we will reveal the top car brands starting with K.  Learn about their models, specifications, price, maintenance cost, qualities, and how you can purchase one.

So, stay glued to find out.

Cars That Start With K 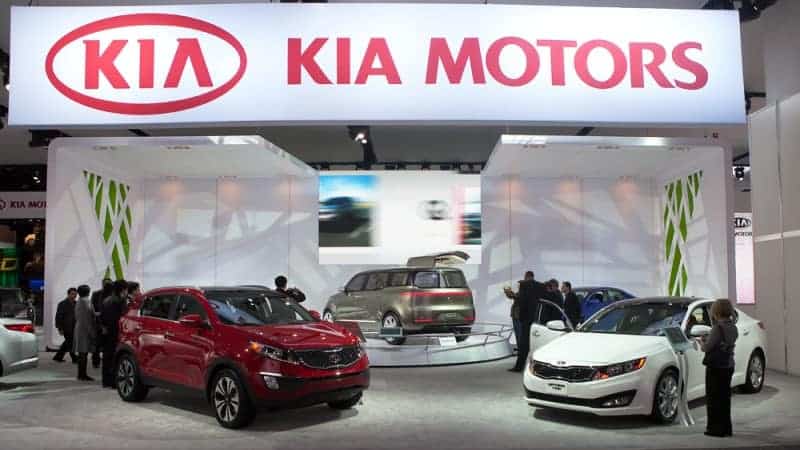 At the top of our list is KIA motors, established in 1944. The parent company is located in Seoul, South Korea. They have remained in the market for over 70 years, making them one of the world’s mass vehicle producers.

Some of the KIA’s best features are its excellent engine and fuel tank capacity. They also have multiple seating capacities to choose from.

Over the years, KIA has rolled out models like the Optima, which has a 1.6-liter, 4 cylindrical turbo engine and a maximum output of 138 kW.

The Forte is another fine model with an Inline 4 cylinder gas engine,  variable-speed automatic transmission, and a front-wheel-drive. It weighs 1314kg.

Kia models are reputed to have plenty of features from solid fuel economy, generous warranty, and an easy-to-use tech interface. They are also averagely priced from $10,000 to $33,000, with an average of $200 in annual maintenance.

However, despite its beautiful qualities, some users complain of overheating issues and lackluster DCT. To avoid these, you can order your vehicle directly from the manufacturer and check your vehicle for technical problems before use. 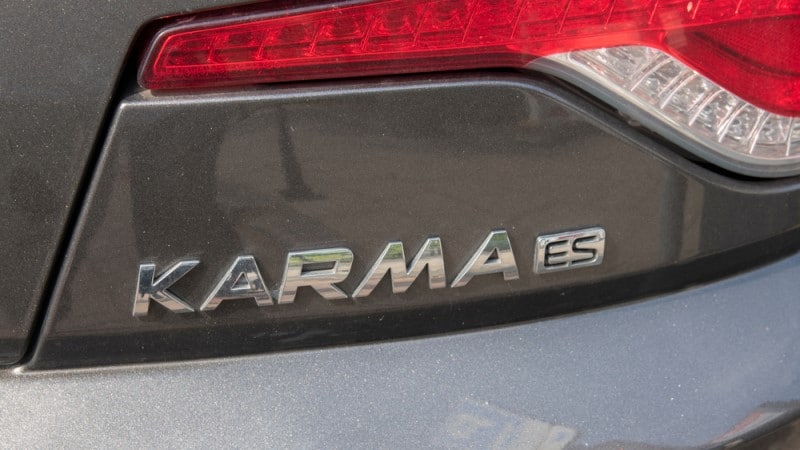 Karma is another car name that starts with K in the USA and is domiciled there. The brand is also a renowned electric vehicle manufacturer, with its assembly plant in Moreno Valley, California.

Karma cars have different models with a maximum speed of 125mph that can go from 0 to 60mph in 4.5 to 6.3 seconds. They also have a single-speed transmission, a rear-wheel-drive, and Lithium-ion batteries with 347 V and 21.4 kWh.

Some of their impressive qualities are excellent torque and outstanding curb management. They are powered by three energy sources and are almost silent when running in Stealth mode. However, they have a shortlist of driver-assistance features and a high price tag for minor improvements. 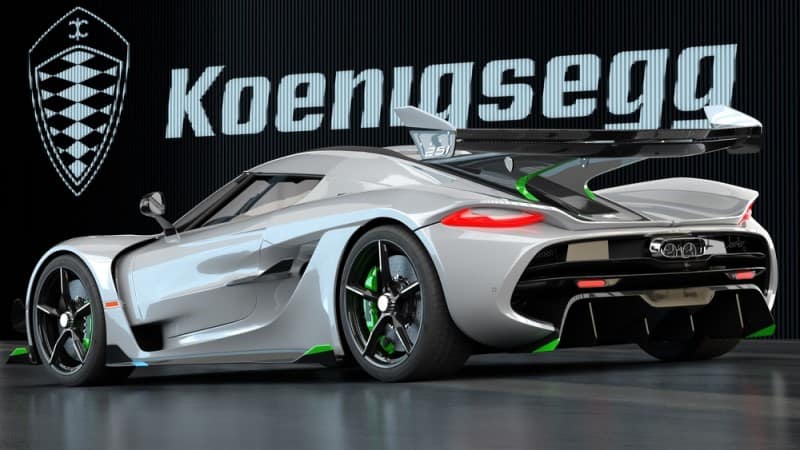 Each car model from the brand has fulfilled customers’ desires and received high accolades in the industry.

Koenigsegg, a Swedish auto firm, was founded in 1994. The brand came to light with its focus on producing unique and luxurious hypercars.  This has resulted in their huge success, and Koenigsegg’s CCR was in 2005 rated as the world’s fastest production car.

The company has over the years engineered several features, some of which are reciprocating engine technology and plug-in electric car systems.

Models released by Koenigsegg include the 2010 Agera. 2020 Gemera was unveiled via an online broadcast and is scheduled to be released in 2022. The production limit is 300 units, and it will be Koenigsegg’s first four-seater car. The car goes for a price of $1.9million and around $15,000 annually in maintenance. 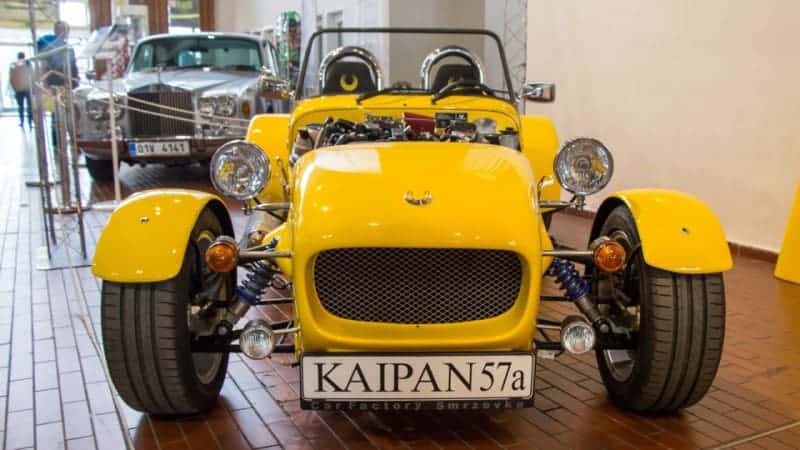 It is a small-scale vehicle manufacturer in North Bohemia, Czech Republic, founded in 1992.  Unlike other car brands, Kaipan is focused on sports car production, which has various engines, capabilities, and power.

Most Kaipan cars can be bought as a “jigsaw puzzle” and assembled by the buyer. Their car models have different features dependent on the car engine type. Popular models produced by Kaipan over the years include the Kaipan 47 model with a ford 2.0 engine and the two-seater convertible Kaipan 5. Other models are 14, 15, 16 models.

In 2012, the production of model 16, a two-seater roadster powered by Škoda Fabia, started. This car is unique for its four-cylinder petrol engine, with a maximum output of 77kW at 5000rpm. It costs about $23,000 to purchase.

The Kaipan cars are relatively affordable and practical. However, some of its disadvantages include that all the models except the Kaipan 16 are built from other older model vehicles; this implies that they have the agedness of past models, which accounts for rustiness and ticking and clicking noise in engines.

Founded in 1962, Kremer Racing is a motorsports team situated in Cologne, Germany. They were recognized for their tuned Porsche vehicles which were sold to teams disadvantaged from great equipment at the factory.

Cars manufactured by the company have a 935/76 Flat-6 twin-turbocharged engine and a maximum power of 395.2 kW. Their cars were trendy for the Porsche 5-Speed manual transmission.

Kremer racing cars come with several features. One of which is the quirky design that features a slant nose and a massive rear wing.

Kepler’s founder, Russ Wick, is the only human who hit speeds over 200mph on water and land. The company’s first car model, the Kepler Motion, is a hybrid supercar and was unveiled in 2009 at the Dubai motor show.

It possesses many unique features, such as a modified 3.5L V6 combustion, twin-turbo 410 kW engine. This enables the ride to accelerate in under 2.5 seconds to 60 miles per hour.  The Kepler car has been advancing since 1962 and costs an average of $450,000 to purchase.

People love Kepler motors because of their lightweight, strength, balance, and structure. The portable, solid, and shock-absorbent design makes it easier to accommodate larger-sized drivers.

The famous luxury automobile manufacturer was founded in 1945 in Willow Run, Michigan, USA. From 1945 to 1953, they produced several passenger cars with various car body models.

Kaiser, in 1953, unified with Willys Overland. A change followed this merger in which they changed their brand name to Willys Motor Incorporated, and their operational base was moved to Toledo, Ohio. It changed its name in 1963 to Kaiser-Jeep Corporation, and a few months later, it was acquired by the American firm General Motors.

During their production period, models produced by the company include Kaiser Deluxe 1951 model with a front-located Inline 6-cylinder.  1953 Kaiser Carolina model, Kaiser Dragon, and Kaiser Manhattan sedans, 1953 and 1955 models.

Kaiser models were famous for their excellent speed of 83-90 mph and average fuel consumption. The cars cost about $8,000- $41,000 on average to purchase.

KTM is a sports car and motorcycle company established in 1934. It is also partly owned by Popular Bajaj Auto and has its head base at Mattighofen, Austria.

KTM’s first car was the light two-seater sports car for road and race use called X-Bow unveiled at the Geneva Motor Show in 2008. It uses a Dallara sourced chassis and has an Audi engine; this has since changed to a 2.5 liter Audi TFSI I5 engine.

KTM aimed to manufacture 500 units of the X-Bow annually but has since increased production to 1,000 cars.

If you desire luxury at its peak, then KarlmannKing is your best pick. It is a low-production, high-end custom-made, 5-door SUV. It was established in 2017 and is considered the world’s most expensive SUV.  The Auto firm has a company in the US and Italy, but its operational base is in Los Angeles, USA.

The Karlmann King has a Ford F-550 base frame. It is a 4×4 All Wheel Drive that weighs about 4,500 – 6,000kg. It can also speed up to 86mph. Luxury is expensive, and so it costs about $1.9 million to purchase. You can request for its interior and exterior customized to your preference for an additional price.

The car features air purification, a coffee maker, independent air conditioning for the front and back, a flat-screen television, a fridge, a laptop, electric tables, cable television and Wi-Fi, a bar and sky lighting (neon), Hi-Fi sound system, a PS4, etc. However, considering the weight, the Karlman SUV is weighty and consumes a lot of fuel.

Keating Supercars is a low-volume car producer located in Bolton, England. It boasts of the best features in the industry. Keating has manufactured the TKR, SKR, ZKR, Berus, and Bolt since its establishment in 2006.

It was revealed at the “Monaco Top Marques show” that Keating TKR and SKR (2008) are twin-turbo mid-engine supercars. These cars hit 260mph record on a dry lake bed, California.

Cars are one of the most purchased and favorite items in the world. Both women and men are attracted to these powerful and classy beauties.

We see some people obsessed with cars that start with s, m, o, their colors, brands, and so on. This is no surprise; after all, people desire items that measure their standard in status, lifestyle, and personality.

So, for all automobile freaks on the lookout for a car that starts with K, we have curated a reliable list of names to make their next exciting purchase.   With the thorough and detailed info from our auto technicians, you are sure to learn more about your dream ride.