“SS,” like other acronyms have quite a few different meanings on cars, and the implications refer to the feature or its function in the specific component to which they refer to in a car, in case you are wondering, “What does SS mean on a car?”.

The Chevrolet “SS” is a common phrase used to refer to that specific car model among the various kinds of vehicles manufactured by General Motors. The car is unique for the special features designed to distinguish it from other vehicle models out there.

The Chevy SS is acclaimed to be one of GM’s amazing releases within the time frame when the 1961 Impala was first made available. Other SS model cars were manufactured after that until the time of discontinuation of the car model and the closure of Holden, a subsidiary of General Motors in Australia. 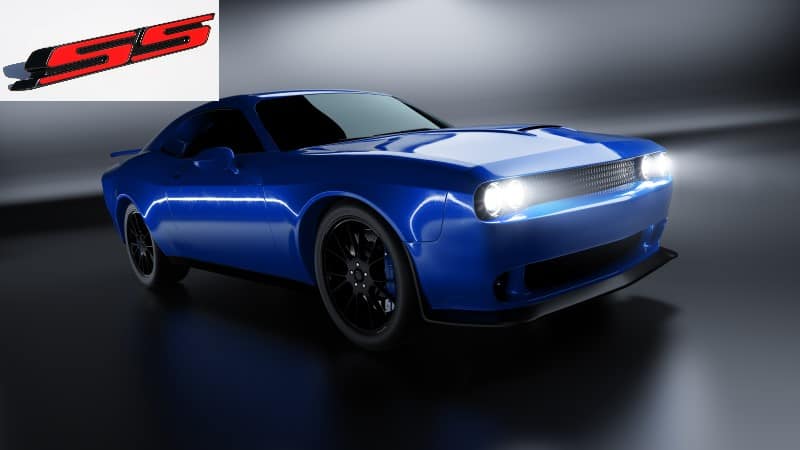 What does SS mean on a Car?

“SS” is an acronym for “Super Sport,” which is a major signature performance package manufactured by General Motors, and it is common with the Chevrolet. Some examples of Super Sports cars are Chevrolet Impala (manufactured in 1961), Nova, Camino, Camaro, Monte Carlo, Chevelle, and the Chevrolet truck.

The Chevy SS was offered via General Motor’s subsidiary, Holden, in Australia. They offered SS models in a range of sports wagons and Holden Commodore. The vehicles were manufactured in Australia from 1978 to 2017 and in New Zealand from 1979 to 1990.

The locally manufactured SS cars were discontinued in Australia 0n 20 October 2017. Then, the sales of the Commodore were wiped off in 2020, and the occasion coincided with holden’s brand and nameplate’s discontinuation.

The “SS” is a special indication of the highest performance package among other Chevrolet vehicle models manufactured by General Motors. It offers great power and efficiency, just like those who were crazy about the brand liked it.

The car’s supercharger enables the release of more oxygen to each engine’s intake cycle, resulting in burning more fuel and boosting the engine’s power output. The power boost supplies a dimension of strength that a Cheetah exhibits in speed. The Chevy Super Sport cars like the Camaro SS and the Sedan are crazily supercharged with monster energy for speed.

The inscription “SS” is also used as an acronym in other areas related to cars and their components.

If you are wondering, “What does SS mean on a license plate?” that is quite different from the meaning of the tag on a Chevrolet. Others may be curious to ask, “What does GT stand for on a car,” “What does Z|1 mean on a car,” and so on.

SS or Super Sport cars have an exterior “SS” inscription that distinguishes them. It is a sign that depicts the performance option package of some specific limited number of vehicles manufactured by Chevrolet.

You may want to take time to observe these features outline above to enable you to identify an SS car when next you think you see one and you’re not sure about it.

Yes, the SS car models offered by Chevrolet possess a star performance lineup with the 6.2L LT1 V8 engine, having a 455 lb.-ft. of torque and a 455 horsepower capability. These features empower the 8-speed automatic Chevy Camaro SS to accelerate from 0 to 60 within a time frame of 4 seconds.

The Chevy Camaro SS, with its variable valve timing, direct injection, active fuel economy, and 8-speed automatic, offers power and efficiency when you need it.

Ascertaining whether a car is a true SS is pretty simple. Take a moment and verify the following to know a true SS car.

If the vehicle meets the criteria of SS cars as spelled out above; then, it’s a true SS. Otherwise, it is some other vehicle looking like an SS model car.

Q: What does SS mean in Ford cars?

The SS inscription in Ford cars means that they have a Stop/Start system that helps to improve the car’s efficiency. This is quite different from the meaning of the inscription “SS” in some other cases.

In case you are asking, “What does RS mean on a car?” It is yet another acronym that is also captured in Ford cars that indicates a specific feature like the “SS” inscription. Others may also be wondering, “What does SRT stand for on a car?” They all indicate a speed or racing feature.

Q: Is the Chevy SS a rare car?

The figure is pretty below expectations for four years when the plan was to sell up to 15,000 units per year. Out of the 60,000 units expected sales, they only sold about 21% of the figure in 4 years.

The Chevy SS is a rare gem that may be pretty difficult to get at the moment because of its limited supplies due to less manufacturing of the car model.

Chevy Super Sportscar models are supercharged. The supercharger possesses an air compressor responsible for increasing the density or pressure of air distributed to the internal combustion engine.

The supercharger enables an operation that gives more oxygen to each of the engine’s intake cycles, thereby burning more fuel and boosting the power output of the car’s engine.

A supercharged car flies with so much power boost like a war jet launching out to attack a troop of enemies. The Chevrolet Super Sports cars are crazily supercharged with monster energy for racing.

Q: How fast is a Chevrolet SS?

The Chevrolet SS Sedan is a force to be reckoned with, as it speaks of power and efficiency. The Super Sportscar makes about 1,120 wheel horsepower with a time frame of 9.1 seconds at 151 mph. The 2017 model Super Sportscar runs the quarter-mile within 13.2 seconds at 109.2 mph.

The speed of some other vehicles cannot be compared with that of a Chevy SS, as it is like comparing the speed of light to sound. Of course, light travels faster than sound; so is the Chevrolet SS compared to many other vehicles.

If you enjoy crazy speed like racers, you may want to consider the Chevy Camaro or Sedan SS. However, the limited production and supply was a setback in buying the car. The discontinuation of the production in 2018 was a bigger setback for people who had a serious affection for the vehicle due to its features.

Information about the Chevrolet Super Sport car has been unveiled in this article in case you were wondering, “What does SS mean on a car?”

The Chevrolet Super Sport car models are an amazing spec designed with top-notch features that completely distinguish them from other cars. If you are a lover of speed, the supercharged Chevy SS models would have been your best bet for power and efficiency, as the car would deliver just the way you want it.

The limited production and discontinuation of the production of the Chevrolet SS model cars was a setback for all stakeholders. However, lucky used car lovers may come across a Chevy SS model for purchase. A Chevy SS car price ranges from around $25,000 to $30,000.