Nissan is one of the most epic car manufacturers in the world. Nissan was initially introduced to the United States as Datsun. They have since had a track record for making fun and powerful sports cars in their Nissan Z series.

Buyers are in a fix on which of the two fantastic models to buy. From the look, the 350Z and 370Z look almost similar, but they are a bit different. Some people think that the 370Z model is better since it is newer. Now let’s check whether is this true or not? To learn that, read ahead and learn more about the two Nissan 370z vs. 350z and how they differ. 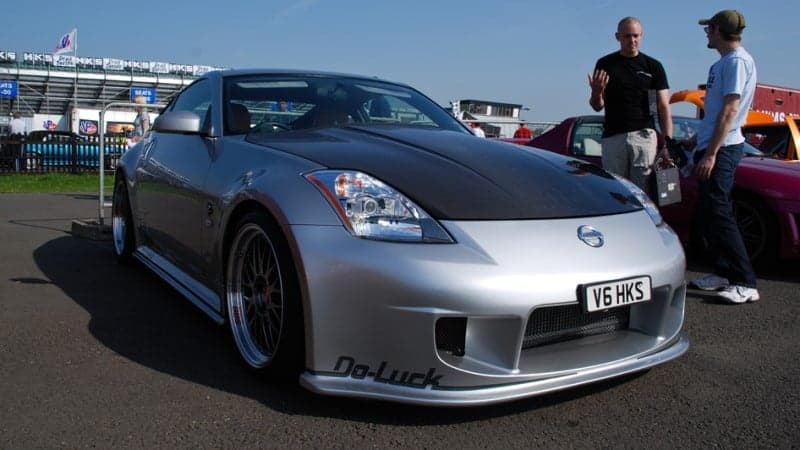 350Z is a two-seater convertible sports car by Nissan Motors. It is the fifth generation of the Nissan Z-car line. This Nissan model got into production in 2002 and was released in 2003. In Japan, this vehicle was popularly known as Fairlady Z Z223. This vehicle is a great choice for car enthusiasts looking for a high-performance sports vehicle at an affordable price.

Nissan 350Z is a rear-wheel drive with a front-engine sports car. It is made with a long hood and short deck design, common in the Z series cars. It is constructed with a steel monocoque. The engine is all aluminum. It features a 24-valve 3498cc V6, dual-overhead-cam, and variable valve timing.

350Z engine is equipped with an in-sequence multi-point electronic fuel injection. You will get this sports car with either a five-speed auto or six-speed manual transmission. The vehicle’s suspension is independent all around. This suspension features an anti-roll bar, coil springs, and multi-link. 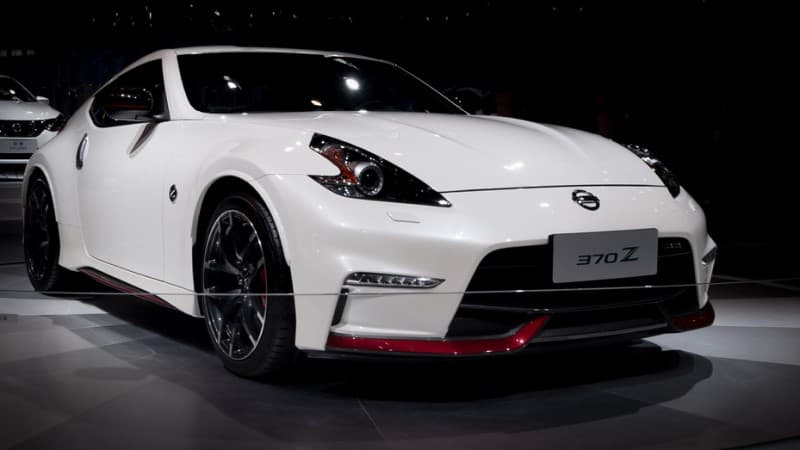 370Z is the most recent sports car of the Nissan Z series. It offers you great performance and uncompromising daily use. The production of this 6th generation of the Z series began production in 2008 and emerged in the market next year, 2009. Nissan later updated the flagship in 2015 by introducing the 370Z NISMO.

The standard 370Z has a 3.7-liter V6 engine with a 324bhp brake horsepower which is better than its rivals like Audi TT and Porsche Cayman. Nissan 370Z NISMO features a 3.7 liter V6 with an upped brake horsepower of 339bhp. The V6 hooks up to an optional seven-speed automatic or standard six-speed manual transmission.

According to EPA, the Nissan 370Z coupe has up to 19mpg in the city with the optional automatic transmission and 17 mpg with the manual gearbox. This sporty coupe features a comfortable cockpit and well-bolstered and supportive seats. Other accessories in the Nissan 370z are AM/FM radio, CD player, auxiliary input jack, and USB port.

Though the exterior of the two vehicles may seem similar, 350Z vs. 370Z interior is quite different. Both vehicles have some features similar to the 240Z, as the three are gauged on top of the dashboard. They both feature two comfortable seats.

However, the 370Z version has new features that the 350Z does not have. 370Z has a more redesigned interior giving you a more modern and expensive feel. The vehicle has automatic climate control, a USB port, Bluetooth, a six-speaker audio system, proximity keyless entry, push-button start, and a rearview camera.

Other available features for 370Z are voice recognition, navigation, satellite radio, a 7-inch touch screen, and an 8-speaker Bose audio system. 350Z features a 4.1 cubic feet cargo room, while the 370Z has a 6.9 cubic feet trunk.

Both of these sports cars have an outstanding look. 350Z and 370Z exterior are somehow similar with minimal changes. 350Z exterior is made with a simple and straight-edged design; while 370Z has a curvier design giving it a more modern and aggressive look. 370Z has smaller dimensions compared to its predecessor. Some people may prefer the 350Z simple design since it is timeless and never look outdated.

The 370Z is a real Japanese sports car. This Nissan Z version is more powerful since it has a larger engine. Though the vehicle weighs 100 lbs more than the 350Z, it is still faster. Its VQ37 engine features a larger displacement with more torque and power. The vehicle is made with several moving parts, thus operating under high pressure, but it is still reliable and produces a lot of power. Its numbers are:

Both 350Z and 370Z are incredibly reliable sports vehicles but comparable with their competitors. We, however, cannot evade the question of which among the two is more reliable.

In most cases, the reliability of a product depends on how well you maintain it. In my stand, both 350Z and 370Z are equally reliable if well maintained. However, the 370Z version may be more reliable since it has a more powerful VQ37HR engine.

The latter is more expensive when it comes to 350z vs. 370z price. This should be expected since it features several features not included in its predecessor. The prices of 350 Z vary depending on the year model. The 350Z is less expensive and a little economical. The 350Z costs around $13,000.

The Nissan 370Z has more luxurious features and is high performance, making it more expensive. Their prices also vary depending on the year of production. Its price ranges from $40,000 to $50,000. The newer models will be more expensive compared to the older versions.

370Z is ideal for anyone looking for first gear ratio changes and driving performance in braking and acceleration. It is, however, crucial to note that none of the two vehicles is designed for daily driving. If you want one with better cabin insulation, 350Z is perfect.

How do 350Z vs. 370Z drifting differ? The 370Z series features a more comprehensive array of gear options, meaning more drifting power. 370Z features less body roll, while 350Z tends to have a smoother ride. The former is ideal for bashing through tough corners using more power but slower than the 350Z. Nissan 350Z sports car is more suitable for beer runs, high-speed cruising, and drifts.

So Which One Is Best?

The better one between the 350Z and 370Z will depend on your needs. It is quite a tough decision to choose between them since both are great sports cars. However, the latter is an upgrade of the former and thus has additional features, not in Nissan 350Z.

If you are looking for a pocket-friendly sports car, 350Z is a suitable choice. 370Z is said to be one of the best vehicles for sports. It ranks as the best in fuel economy, power and balance. Its new 385 horsepower offers it more power without affecting the vehicle’s gas mileage.

Nissan 370Z is way better compared to its predecessor. Its downside is that it’s more expensive and thus not ideal for anyone looking for a budget sports car. If you cannot afford the 370Z, you can modify the 350Z to make it as fast as its successor.

Its larger engine makes ten lb-ft more torque, 32 more HP, and takes 0.6 seconds less to sprint to 60 mph compared to 350Z. It also takes one second less to finish a quarter a mile. 370Z is a little faster than the 350Z, but the difference is minimal.

Nissan 350Z and 370Z are not so different. 370Z is an upgrade of 350Z and thus has some features not present in its predecessor. The main difference between the two-sport vehicles is the engine. The 350Z uses a 3.5-liter V6 engine creating a torque of 268 pound-feet and 306 horsepower.

On the other hand, 307Z features a 3.7-liter V6 engine that produces 270 pound-feet of torque and 332 horsepower. The 370Z Nismo is equipped with the same engine but produces a torque of 276 pound-feet and 350 horsepower. The exterior is almost similar, but the 370Z has a curvier design giving it a modern look.

Nissan 370Z is one of the best sports vehicles and competes against models such as Porsche 718. Its legendary exterior and simple interior make it stand out. If you want an outstanding sports car at a fair price, 370Z is worth buying.

On the downside, its interior is small and does not have modern safety technologies. 370Z may be a step behind in technology, but you will experience sharp exterior styling, a free-revving engine, and balanced handling. It is also ideal for daily deals.

350Z is quite a powerful and quick car. The general standard of power and speed of performance vehicles have shifted a lot since the release of 350Z. This Nissan sports car is trill able to compete with modern vehicles. Stock 350Z features a 3.5-liter V6 engine with a torque of 268 pound-feet and 306 horsepower.

It is possible to use a 370Z transmission in 350Z. The Nissan 370Z is an upgrade of the 350Z. You can therefore have a transmission swap to get a 370Z feel. The best thing about 350Z is you can modify it to get the features you desire.

Z is a series of sports vehicles for the Nissan Motor Generation. It is simply a development name. The Nissan Z series has been in the market for some time now. It is a single sports vehicle produced for more than six generations since 1960. 350Z is an upgrade of the Nissan 240Z. This sports vehicle comes with a 3.5-liter VQ35DE engine, thus its name is 350Z.

Now that you have landed on the concluding part, it is evident that Nissan 350Z and 370Z are the best sports vehicles in the market. We also have seen where they differ and share commonalities. So, the two vehicles may look similar, but they have some differences shown pretty clearly. The above 350Z vs. 370Z argument compares the two great sports vehicles by Nissan Motors LTD. 370Z is an upgrade of 350Z. Therefore, this sports vehicle has some features not available in 350Z.

370Z has a larger engine, and its horsepower is a little higher. You can, however, modify your 350Z sports vehicle to get a more improved feel. Nissan 350Z is cost-friendly and ideal for anyone looking for a sports car on a budget. These vehicles are great, and the best one will depend on your needs.