The control arm is one of the most common components you’d find in just about any car you see around.

It is so common in most cars because it guarantees safe driving and smooth rides. On the flip side, a faulty control arm will affect your driving experience, which is why you need to understand what bad control symptoms are.

Understanding when your control arm has gone bad can save you from a car crash or expensive repair fixes. In this article, we will be looking at how control arms work, the types of control arms out there, the symptoms of bad control arms, and the implication of not getting them replaced, among other things.

Types of Control Arms and how does it work 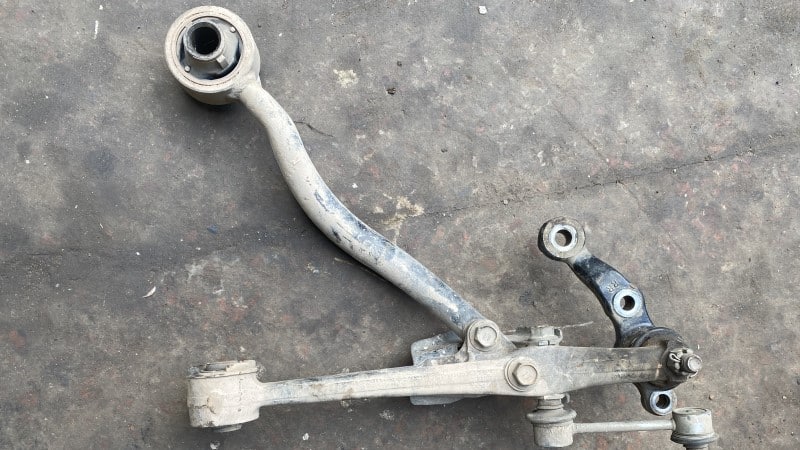 The control arms are at the heart of the front suspension system of cars because they serve as the link between the front wheels and your vehicle. Although they come in different shapes and sizes, they are all designed to attach to the wheel assembly and the car’s framework simultaneously. Here are the types of controls arm:

This is the kind of control arm you find in cars with a MacPherson strut style front or rear suspension. With such vehicles, an upper control arm isn’t needed since the strut serves its function. It is important that you understand the symptoms of a bad lower control arm

This is the type of control arm used in cars without the strut suspension system. They can be used for both the front and rear wheels of a vehicle, although they are primarily used for front-wheel systems. It often consists of upper and lower arms that have rubber bushings attached to each end. It is also important that you understand the symptoms of a bad upper control arm as well.

This kind of control arm is used to adjust the vertical alignment of the vehicle’s wheels. It is crucial to ensure that the wheels are well aligned, especially when racing, balancing, and lifting a car is involved.

For instance, adjustable control arms come in handy when a lift kit is installed on a vehicle. They ensure the wheel is well aligned so that the tires have the proper traction.

So how do control arms work?

For other cars, you get only the lower control arm.

Regardless of the type, control arms are comprised of a ball joint, the main body, bushings, and sleeves.

Control arms are linked to the car’s frame by the bushings, which enable the up and down motion of the control arms.

This movement is further facilitated by a steel coil spring placed between the control arm and vehicle frame to help the vehicle manage bumps and support its weight.

So how long can you drive with bad control arm bushings? It depends. A bad control arm can take you to a few thousand miles or stop you before covering 50 miles in the middle of nowhere.

A functional control arm with well-aligned bushings and ball joints ensures stability and enhances the control of your vehicle. The driving experience is also improved as steering the car, and managing vibrations and bumps in the road become easier. Bad control arm bushings offer the exact opposite experience.

Despite its importance to the functionality of your vehicle, the control arm is a mechanical component, after all. So it is liable to fail or go bad sooner or later. Driving around in a car with a bad control arm is not a great idea, so you want to replace the control arms as soon as you notice they have gone bad.

But how do you know when the control arms have gone bad. Thankfully, certain symptoms should tip you in that direction. Here they are: 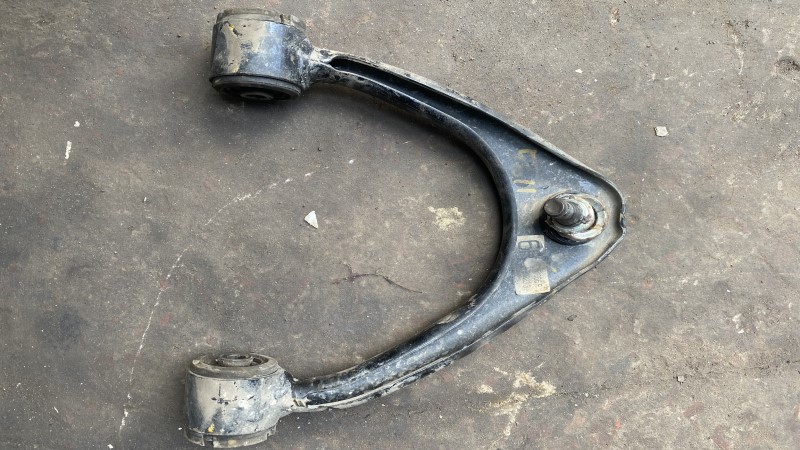 Vibrations of the Steering Wheel

This is one of the most apparent symptoms of a bad control arm. What happens is that the worn control arm bushings often generate wheel shimmy. The wheel’s vibrations often get more intense when you step on the accelerator but ease out at cruise control speed.

The control arms are designed to affect the efficient movement of the steering of your car. If you notice that your vehicle’s steering wheel moves from side to side, you might have an issue with the bushings or ball joints of your car’s control arm. Check the cars’ control arms as soon as you notice this symptom because you might risk yourself and other road users if the issue is not quickly resolved.

You are bound to hear unusual noises like popping or clunking noises when the bushings and ball joints of the car’s control arm have issues. Once they are worn out to a certain degree, they fail to regulate the control arm’s movement, which causes the metal components to make popping and clunking noises. This is one of the more common jeeps xj bad control arm symptoms.

Control arms that are correctly set up reduce the harshness of bumps while driving. Whenever any of its parts go bad, its shock-absorbing function is hampered, and the bumps become more troublesome when you encounter them. You might also notice that the car leans a lot at sharp corners. If you notice any of these symptoms, you might want to check the control arms.

Driving with bad control arm bushings can cause this symptom. When the bushings and ball joints get worn to a certain degree, it can affect the wheel alignment. This causes uneven tire wear because the edges of the tire start to wear off simultaneously.

Whenever you notice any of the situations described above, you are likely to have a bad control arm. If that is the case, the best thing to do would be to get a control arm replacement. Let’s look at what that might cost you.

Once your control arm has gone bad, your best bet would be to replace it. Now how much would that cost? When computing control arm replacement cost, you need to consider a few factors: the costs of the parts, the labor costs, the year, the make and model of the car, and the control arm repair shop you visit.

Before you get into replacing the control arm, you might want to get a professional to give you a precise evaluation of the situation of things. That way, you can get an idea of what needs to be replaced to ascertain the financial implications. 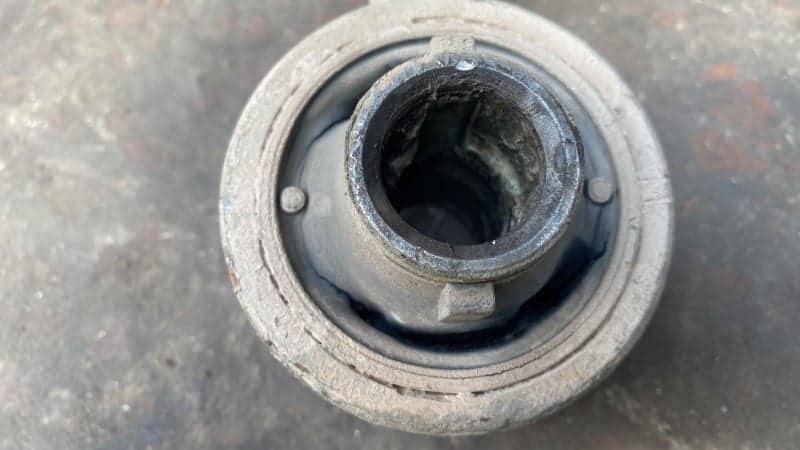 Q: Can you drive with bad control arms?

Q: What happens if the control arm breaks while driving?

It depends on how the vehicle is used but by and large, they can last for between 90,000 and 100,000 miles if the car is used right and there are no adverse situations like accidents or frequent entry into potholes.

Constantly entering large potholes or any form of a vehicular accident will reduce the longevity of the control arms.

It depends on who is doing it, and your vehicle’s makes and model. It might be difficult for a DIY proponent without the right tools and technical know-how, especially when there is some rust or corrosion of the car’s suspension.

A professional will make light work of replacing control arms. That said, in situations where the process is straightforward, like simply uninstalling an old control arm and replacing it with a new one, it should not be a difficult task. However, some vehicle manufacturers design their vehicles in a way repair jobs are easily accessible than other vehicles.

Q: Should you replace the lower control arm?

Not really. The thing is, it is not compulsory to replace both lower control arms if one is bad. In most cases, they wear off at about the same time. If you find yourself in a situation where one has gone bad and the other hasn’t, you can replace the damaged one and walk away if you are on a tight budget. If you have the money, you still replace them.

Q: Is it OK to replace only one control arm?

It depends on the state of the other control arm. The thing is, in most cases, they wear off at the same time. If they don’t, then one of them might not be far off. In most cases, it is not a good idea to replace only one control. Except you are on a tight budget, it makes sense to replace both if one is bad.

Q: Do I need an alignment after replacing the upper control arm?

Your car will not offer the same driving experience when the control arms have gone bad. This is because functional control arms provide smooth rides and efficient control, among other things. A bad control arm offers the exact opposite, so you need to be able to identify bad control arm symptoms.

Hopefully, at this point, you have gotten some insights on how to detect these symptoms. We recommend that you get professional help ASAP if you notice any of the symptoms described in this article. You might also want to run an internet search on “control arm replacement near me”.