A vehicle engine is a fine-tuned machine with hundreds, if not thousands, of components. These components work in unison to start the engine and keep the car moving on the road.

The inner workings of a vehicle are a mystery to most drivers. Most motorists don’t care about how these components work in harmony and keep the engine functioning as far as the engine is running as it should. The mystery gets truer when you talk about some technical units.

If you hear a strange noise and the engine misfires on idle, a bad hydraulic lifter may be the culprit. Here, the Rx Mechanic team will explain bad lifter symptoms, what causes lifters to go bad, how to check hydraulic lifters, and probable fixes. But let’s know first what is a hydraulic lifter.

A lifter in a car is known as a hydraulic lifter, hydraulic lash adjuster, solid lifter, or hydraulic tappet. It is a mechanical component that helps to maintain zero valve clearance in the internal combustion engine (ICE). Most of these lifters are maintenance-free, while some should be adjusted from time to time to maintain a small clearance between the rocker arms and the valves.

This small clearance prevents these parts from binding as they expand because of engine heat. In any case, they can cause strange noise from the engine and accelerate engine wear as the parts rattle against each other until the engine gets to the average operating temperature.

Auto manufacturers design hydraulic lash adjusters to compensate for the little tolerance. This, of course, allows the valve train to work with zero clearance. As a result, it extends the engine lifespan, offers quieter engine operation, and removes the need for scheduled valve adjustment. 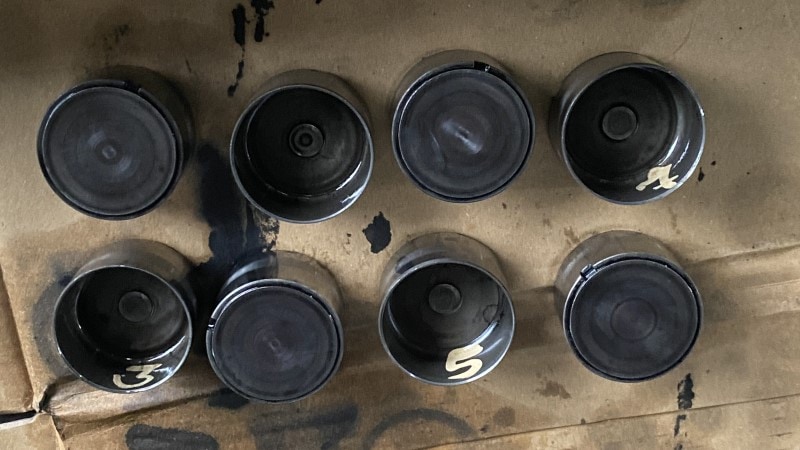 How Do Hydraulic Lifters Work?

The spring and the plunger work together to create zero valve clearance and maintain quieter engine operation. It also reduces wear and tears in the engine and enhances engine lifespan. However, low engine oil in the lifters due to a weak oil pump will affect its performance. In addition, it’ll likely cause strange noise in the engine.

Like every other engine component, a bad lifter will display some signs to notify the driver of an imminent problem. The most common bad hydraulic lifter symptoms are engine misfiring and strange noise. It will also trigger the engine check light. Let’s have a deep view of the signs. 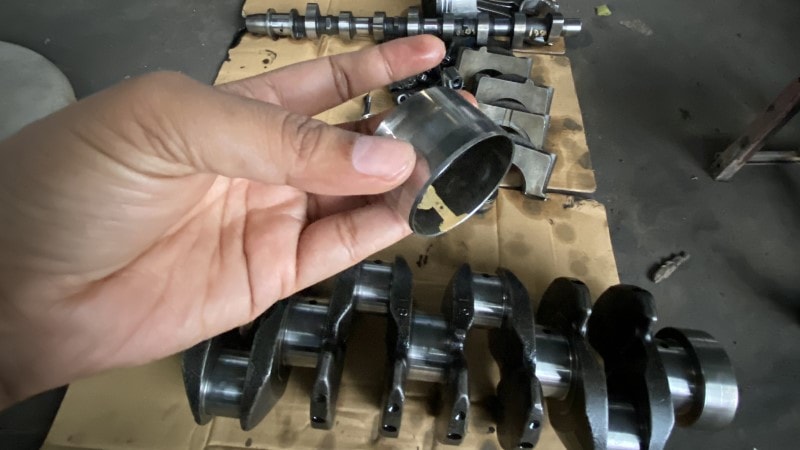 A common 5.7 Hemi and 5.3 bad lifter symptom is excessive engine noise. For example, when a hydraulic lash adjuster is stuck or breaks, it’ll cause a strange noise in the cylinder head. Once this happens, you’ll hear a clanging of metals rubbing against each other.

It’s not a mystery that broken lifters will be hammering against each other. You’ll hear these loud annoying noises on idle and when driving. However, the noise will intensify as you accelerate the vehicle because the hydraulic lifters will try to actuate faster.

Bad lifters can bend or break pushrods. A pushrod is a cylindrical metal tube that transfers the motion of the hydraulic lifters riding on the cams to the valves. This article explains more about the functions and symptoms of pushrods.

When a cylinder is no longer functioning, it is called a dead cylinder. It’ll significantly reduce the engine performance. In addition, the engine sound will change. It is crucial to note that several other factors can cause dead cylinders. However, once you have a dead cylinder, contact a certified mechanic to check and rectify the fault.

If you ignore a dead cylinder and continue driving with it for an extended period, it’ll cause damage to related components and eventually lead to an engine breakdown.

It’s okay to ask, will a bad lifter cause loss of power? I get this question often in my garage. Hydraulic lifters connect to the pushrods. The pushrod then links to the rocker arms, which helps in closing and opening the intake and exhaust valves.

If the lifters malfunction, the exhaust and intake valves will not open when they are supposed to. It’ll disrupt the combustion process. Therefore, bad lifters cause misfires.

However, several factors can cause an engine to misfire. And engine misfire will intensify over time or even keep you stranded in the middle of nowhere. So, it is vital to contact a service technician to diagnose and rectify the fault.

A lousy or broken lifter may cause several warning lights on the dashboard. However, this is sure – it’ll trigger the check engine light. 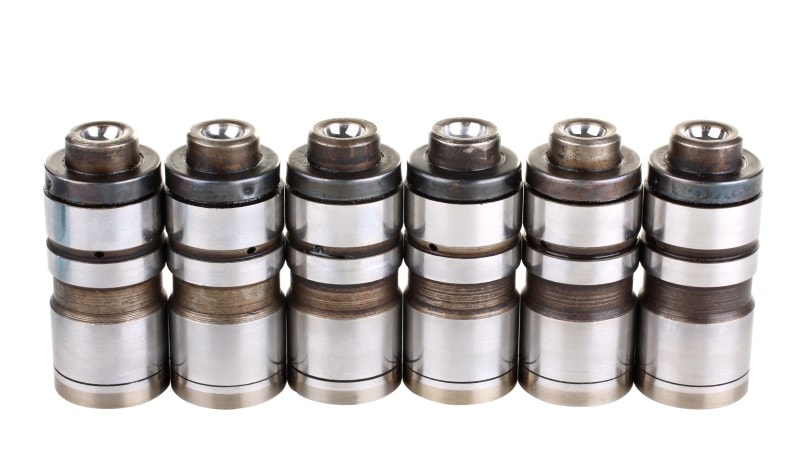 What Causes Lifters To Fail?

Auto manufacturers design lifters to last a very long time. But unfortunately, some lifters fail and need replacement. So, you may wonder, what causes lifters to go bad? Here are the common causes you need to know.

Hydraulic lifters will fail if it doesn’t receive oil to dampen the cushion from the pushrod or tappet. In addition, solid lifters will corrode, and you may also see corrosion on the camshaft lobe.

Excessive engine oil in the crankcase will cause bubbles or aeration, causing the oil to lose its lubricating properties. In addition, dirty oil may block or clog hydraulic lifter orifices or the small openings on the pushrods.

Motor oils have grades. And auto manufacturers recommend a certain grade of oil for every engine. Using the wrong oil grade/viscosity will accelerate friction and engine wear and reduce engine performance.

A low-quality oil filter or old filter that has not been changed for a long time can clog and restrict adequate oil flow to every part of the engine, especially the upstream. If you’re in any of these situations, there’ll be a blinking or steady engine warning light or oil pressure light on the instrument cluster.

A dirty or clogged oil pump pickup screen will reduce oil pressure and prevent it from getting to the valve train areas.

Old engine and lack of maintenance

Lack of maintenance, especially on older engines, will cause sludge buildup and lifter wear. The valve train, especially the pushrods and lifters, relies on the engine oil to function properly. Contaminated motor oil in cars with 75,000 miles coverage and above will likely wear the bottom of pushrods, lifters, and cam lobes.

What’s next? Let’s see how to fix a bad lifter in the following paragraphs.

How Do You Fix A Bad Lifter?

A responsible driver should always imbibe a regular maintenance culture. If you don’t change the motor oil regularly, it’ll cause sludge buildup and lead to a ticking noise from the lifter. Even if you have clean engine oil, there are chances the oil is below the recommended level.

Change the engine oil regularly and ensure it is always on the recommended mark. The need for using the right oil viscosity cannot be overemphasized. Always use the specified oil viscosity for your engine.

Most times, changing motor oil will not fix bad lifters. You may need the engine flush, clean the engine sludge, or other cleaning additives. However, I recommend adding seafoam high mileage additives or Liqui moly hydraulic lifter additive to the engine oil.

If you have a broken lifter, the only option is to replace it. If only one lifter is broken, you’ll have to replace the others because they may have incurred wear. However, if you have older engines with solid lifters, an adjustment may be all you need to fix the lousy lifters. Your service technician will also check if there’s a clearance between the valves, pushrods, and camshafts.

What Happens If You Drive With Bad Lifters?

The lifters in a car play an important role in ensuring a vehicle runs at peak level and reduces engine noise. Unfortunately, the lifters will fail over time, mostly because of contaminated or low motor oil. If it fails, the engine will emit a tapping or ticking noise from the head cylinder.

Suppose you ignore these LS1 bad lifter symptoms on your LSI engine or any engine and continue driving for an extended period. In that case, the lifter issues will intensify and cause issues to other system components.

Q: Can a bad lifter ruin an engine?

A bad lifter will only cause a tapping or ticking sound at the initial stage. However, if you ignore it and continue driving, it may cause the pushrods to break and fall out of their sitting position.

Once this happens, it may break the valves and rocker arms and stop that cylinder from functioning. It may also damage the entire engine in a worst-case scenario.

If the lifters are not receiving enough engine oil or are stuck in their position, they may not pump up. These will prevent the corresponding valve from opening and closing as it should, causing a rough idling.

Q: Why do lifters make a ticking noise?

Bent pushrod: On a pushrod engine, whenever you depress the accelerator pedal, the pushrod raises its ugly head much faster than you can imagine. This means that the depression speed on the pushrod will be much, which may cause it to bend. Also, once the pushrod is bent or broken, it’ll prompt the lifter to make ticking noises.

Sludge or contaminated oil: Sludge will prevent the oil from circulating to every nook and cranny part of the engine. If the lifters do not receive adequate lubrication, they will make ticking sounds.

Bad lifters: Bad lifter is the major cause of a ticking noise from the lifters.

If the oil is not getting to these areas, check the oil level to know if it is the culprit. You probably have a lousy oil pump if the oil level is okay. In any case, don’t conclude yet. Consult your mechanic to diagnose the engine.

Q: How much does it cost to fix a bad lifter?

Lifters are pretty inexpensive components in the engine. They cost around $5 to $20 per unit. However, the replacement is a labor-intensive task. A mechanic will charge you between $300 to $700 to fix it.

In any case, you can try Liqui Moly hydraulic lifter additive for less than $10. This could be all you need to fix the bad lifter issues.

The most common bad lifter symptom is ticking or tapping noise in the cylinder head. You can fix this problem at the initial stage without digging a hole in your pocket. However, if you ignore and continue driving with it for an extended period, it’ll affect related components.

This article has outlined the causes and how to fix a bad lifter. With this guide, you can fix lifter issues without professional assistance. However, I’d recommend you consult an experienced mechanic if you don’t trust your guts.