Some vehicle owners like to experiment by adding aftermarket kits or removing specific parts from their vehicles. EGR delete is a common practice in this category.

Removing a vehicle’s exhaust gas recirculation (EGR) system can provide a couple of advantages to the engine. However, an EGR system delete does not only come with its numerous pros; the cons are also a factor to consider.

So, if you’re contemplating deleting your vehicle’s exhaust gas recirculation (EGR) system, kindly read this article first to understand what is involved. The subsequent sections define what an EGR system means, as well as its pros and cons.

What is EGR Delete?

An exhaust gas recirculation (EGR) system delete is the process of using an aftermarket performance kit to remove a vehicle’s EGR valve in order to prevent the redirection of exhaust gases into the engine.

When this happens, it affects several areas of the vehicle’s engine performance. Some of the after-effects of an exhaust gas recirculation (EGR) system delete may be beneficial.

However, there are various disadvantages that you must not ignore; otherwise, it can be detrimental in the end. Therefore, ensure to analyze the pros and cons in the following section to find out whether EGR delete is good or bad. 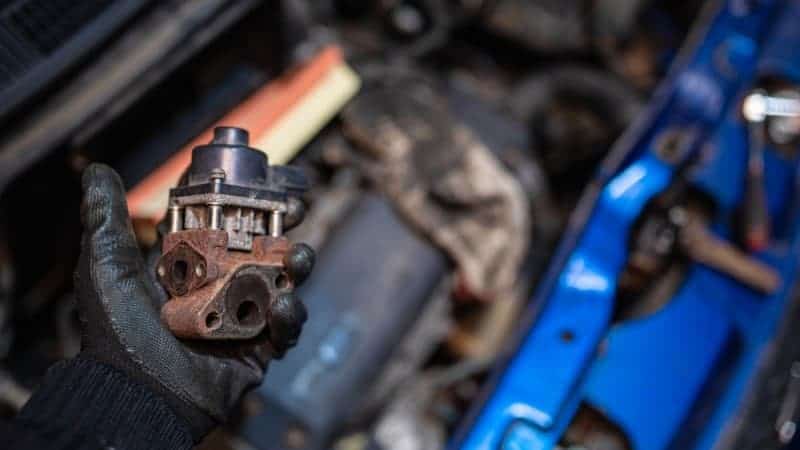 Paying attention to the EGR delete pros and cons below will help you make the best decision concerning either removing or retaining your vehicle’s EGR system. 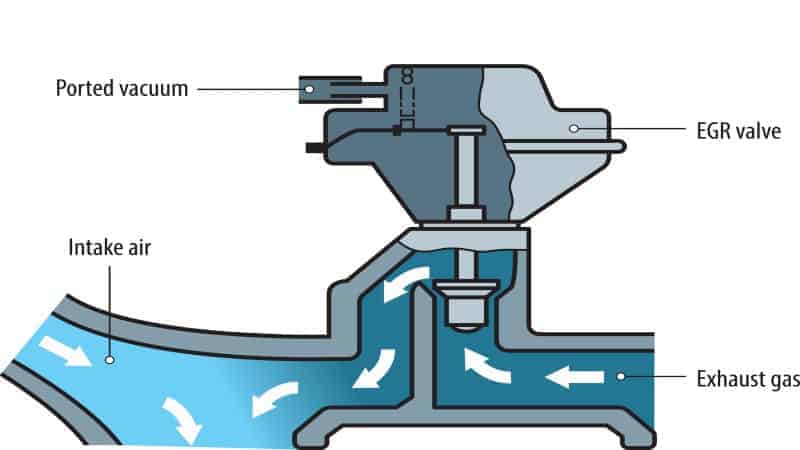 Q: Is an EGR delete illegal?

If you are asking, “Is EGR delete legal?” Deleting a vehicle’s exhaust gas recirculation (EGR) system is illegal in all the 50 states in the U.S. The United States has created laws that serve as a standard that all vehicles must meet to be eligible for road use.

Possessing an EGR system is one of the requirements that validate a vehicle’s eligibility for use on the United States’ roads.

The government is focused on the good health of its citizens; hence the laws have been put in place to regulate practices that may be detrimental to the citizen’s health and well-being.

If you are contemplating deleting your vehicle’s EGR system, kindly think twice because it is illegal in the U.S.

When you delete a vehicle’s exhaust gas recirculation (EGR) system, it automatically boosts oxygen density in the engine’s air/fuel mixture. This will further result in increased horsepower.

However, the horsepower increase may not be easily noticed because the boost may not exceed 1%. In addition, the EGR delete also helps to prevent a vehicle’s inlet manifold from being dirty over time.

So, if you desire to increase your vehicle’s horsepower, removing the EGR system may help you achieve this goal. However, it may not be ideal because of the position of the law pertaining to EGR system removal.

Q: What happens if you delete EGR valve?

If you are asking, “What does EGR delete do?” EGR system delete will affect a vehicle’s engine efficiency and pose a threat to the safety of the environment. The adverse effect of the EGR system delete can be detrimental to other drivers on the road as well as pedestrians or other road users.

On the other hand, deleting a vehicle’s EGR system could put you in trouble with the United States Environment Protection Agency (EPA). This is because removing the component from a vehicle will result in an emission problem.

It would be best to consider all the factors surrounding an EGR system delete before opting for it. Considering the consequence of an action is a vital part of decision-making.

Also, note that if you’re already experiencing the release of black smoke from your car’s exhaust pipe, EGR system delete will not correct it. Also, note that EGR delete in gas engines attracts similar effects as diesel EGR delete.

Of course, an exhaust gas recirculation (EGR) system delete will eventually make your vehicle sound louder. This is because the EGR system helps to minimize the level of noise coming from a vehicle’s engine. In that case, removing the component is like unlocking the suppressed sound.

The loud noise may be fun for the car owner because it distinguishes the car. However, it could also be an offensive noise to other road users and people in the neighborhood.

While thinking about deleting your vehicle’s exhaust gas recirculation (EGR) system, don’t forget to consider other road users and the people in your neighborhood.

Q: Can I drive without EGR?

Sure, driving without the exhaust gas recirculation (EGR) system in your car is possible. The component doesn’t have anything to do with the functioning of the engine or the four wheels.

However, it is not ideal for you to drive a car without the EGR system. Besides the government sanction that applies to the illegal removal of an EGR system, noise is a factor.

Too much noise is bad; hence, vehicle manufacturers figured out a way to minimize the noise from an engine. However, if you like the distinctive sound that an EGR system delete produces, you might as well prepare for the consequence of noise pollution.

Yes, a vehicle’s exhaust gas recirculation (EGR) system can make the engine produce a knocking sound. This occurs when the EGR system is permanently closed. So if you’re experiencing knocking or rattling noise from your car’s engine, it is most likely you have a defective EGR system.

The noise is usually minimal or completely silent when the vehicle idles; meanwhile, it increases once you begin to accelerate. If you are facing this challenge at the moment, consider contacting an expert auto mechanic to check out the problem and fix it.

Q: Can you roll coal with an EGR?

Rolling coal requires using aftermarket kits to bypass a vehicle’s exhaust gas recirculation (EGR) system. In other words, you can’t roll coal with an EGR system. Meanwhile, it is vital to note that rolling coal is against the extant law of the Clean Air Act of the United States.

The EPA – Environmental Protection Agency is charged with the responsibility to enforce absolute compliance by vehicle manufacturers. In that case, violating the Clean Air Act by engaging in coal rolling can lead to a severe fine in tens or hundreds of thousands of dollars.

Irrespective of the several benefits of EGR delete in a car, it is vital to pay attention to the cons as well. The illegality of an exhaust gas recirculation (EGR) system is enough reason to deter from the practice.

There are other ways of enjoying some of the EGR delete benefits, such as increased horsepower without removing your vehicle’s EGR system. It would be best to figure out alternative ways of enjoying those benefits while keeping a positive stand with the law.

Otherwise, a simple EGR system delete can put you in big trouble with the United States Environmental Protection Agency (EPA).