Ball joints are essential suspension system components that connect the control arm to the wheel hub. They ensure your car runs safely on the road since they offer stability. However, like other suspension system components, they wear out over time due to the stress they absorb. And if they eventually fail, you need to replace them to gain stability and complete control of the wheels.

You’ll also learn how to tell if ball joints are bad while driving, how often should ball joints be replaced, and signs of faulty ball joints. But first, let’s see how ball joints work. 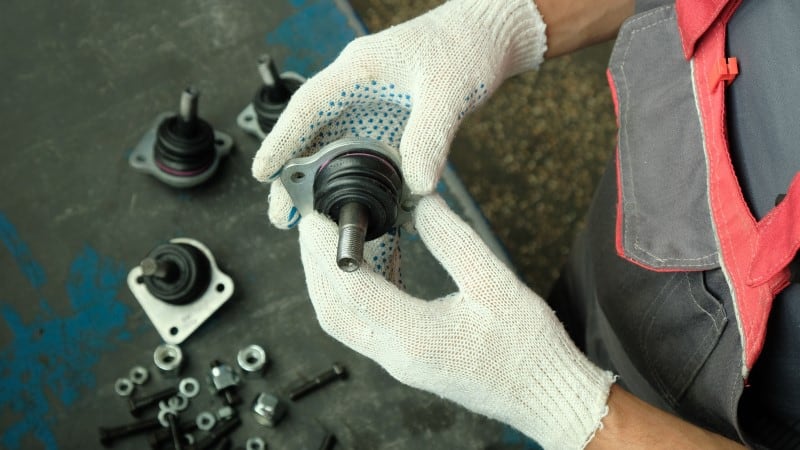 Ball joints serve as a linkage that connects other suspension system components to the front vehicle wheels, allowing them to move the wheel in unison. The front vehicle suspension is a complex assembly full of individual parts, joints, links, bearings, and bushings that allow the driver to control the front wheels as he steers the steering wheel.

With the help of the ball joints, the individual components on the front wheel turn freely as the driver wants. This allows free tire movement, preventing much tire contact with the road and uneven tire wear.

As explained above, ball and socket joints connect suspension components to the wheel hub. Ball joints on each wheel are pressed and rest on the control arm. The control arms are hinged to the front wheels to enable the vehicle to make vertical movements.

These components help maintain wheel stability and carry most of the vehicle’s weight. This, however, will cause them to wear out over time. Driving on bad ball joints will cause excessive wheel play, leading to a clunking or clicking noise from the front wheels. But do all vehicles have ball joints? Virtually all modern cars have ball joints on the front suspension.

Read Also: How Many Tie Rods Does A Car Have?

How many ball joints does a car have?

Vehicles come in different designs. And different designs mean a different number of components, capacities, and locations. For example, ball joints are typically located in the front suspension system, but their designs differ from vehicle to vehicle.

However, some cars have rear ball joints, making it difficult to say precisely how many ball joints are in cars. The back ball joints are the central rear wheel pivot between the rear suspension components and the wheel hubs.

How many ball joints are on a truck?

As we mentioned earlier, vehicles have different designs, capacities, and numbers of components on them. For example, compact cars and trucks have slightly different suspension designs. While virtually all cars have two to four ball joints on the frontal suspension, trucks have four on the front wheels. 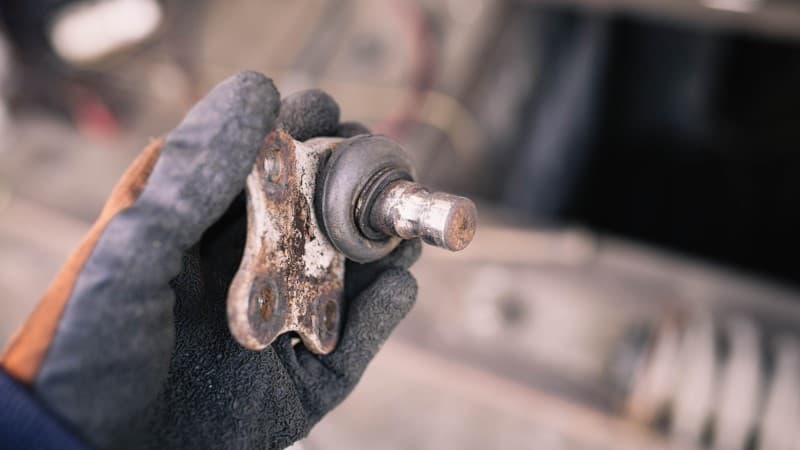 Q: Should I replace all ball joints at the same time?

It’s always advisable to replace parts in pairs. And ball joints are no exception. So, for example, if you have a vehicle with two ball joints and one becomes faulty, you should also replace the other on the opposite wheel.

This is because the upper and lower ball joints do not have the same life expectancy. In any case, you can replace all four ball joints at the same time, but it’ll be a waste of money.

Q: How much does it cost to fix a ball joint?

A faulty ball joint is an inexpensive fix. Quality ball joints should cost you around $100 to $150 for the parts alone. Cheaper ones cost as low as $20 to $80 to get the parts. The labor charge depends on your vehicle make and model, suspension design, your location, and mechanic. However, the labor fee should be between $75 and $150.

Therefore, the ball joint replacement price should be $100 to $300 for both parts and the service fee. This is just the average cost. Kindly note that the actual price can be above or lower than this.

Q: How long does it take to replace 4 ball joints?

There’s no straightforward answer to the question – how long does it take to replace ball joints in a car or truck? This largely depends on who is doing the work, your vehicle design, and bolt conditions.

For instance, a skilled mechanic with a good ball joint removal tool will knock out and replace all four ball joints within an hour. And amateur mechanics will take two to three hours for the same job. If you don’t have a good removal tool, check out this well-detailed article on how to remove ball joints without a tool.

Q: How much does it cost to replace ball joints on a truck?

Whether you’re replacing faulty ball joints on a car or truck, budget around $100 to $300, this estimated price should cover both the balls and the service charge. However, factors like your location, mechanic, and vehicle designs can hike or reduce the replacement cost.

Q: How many years do ball joints last?

It is challenging to say how many years ball joints can last. But if you’re asking, how many miles do ball joints last? Expect to replace the ball joints every 75,000 to 100,000 miles. In any case, the balls can wear out earlier if you frequently travel on rough pavement. Another factor that determines when the ball joints will wear out is the quality of the balls, especially after replacing the factory-fitted ones.

Regardless of how many balls your car or truck has, they connect the suspension system components to the wheel hub. Therefore, it is crucial to inspect them occasionally and replace them once they age out to prevent losing vehicle control when you least expect it.