Hydrogen-fueled cars are becoming a reality, with several models coming out in the past few years. They are competing with electric and hybrid vehicles in using clean energy to replace fossil fuels, which cause pollution. You need to know hydrogen fuel advantages and disadvantages if interested in hydrogen-run cars.

This article will discuss the hydrogen fuel concept and see its redeeming and low points to help you decide if it is the way to go.

What Is Hydrogen Fuel? 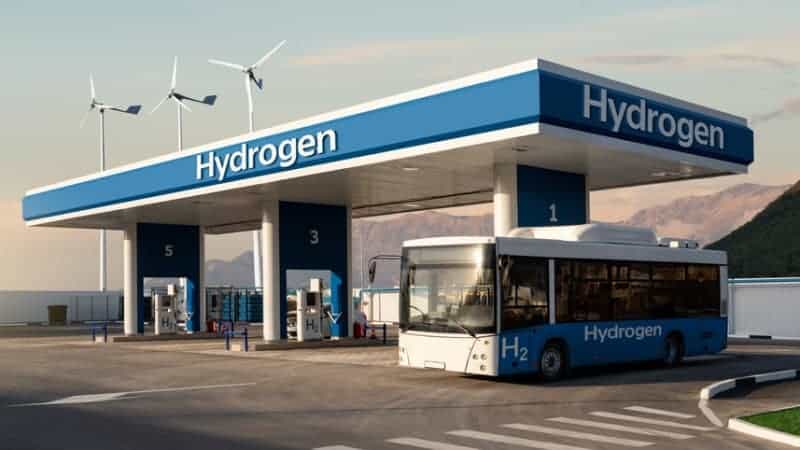 Hydrogen is a fuel created by the electrolysis of water or other hydrogen compounds without the involvement of carbon. It is an efficient source of fuel that is powerful and produces minimal pollutants compared to fossil fuels. This gas has prominent use in fuel cell vehicles, where the cells produce energy from the reaction of oxygen from the air and compressed hydrogen.

How is hydrogen fuel made? The main issue with relying on hydrogen as a fuel is that it is scarce in its natural form. We get hydrogen fuel from the electrolysis of water or acquisition from methane. A considerable quantity of hydrogen comes from steam reforming, which involves reacting hydrocarbons with water.

Partial oxidation of carbon also contributes to a significant amount of hydrogen production. Water electrolysis and gasification of biomass account for a small portion of this fuel’s production.

Presently, steam reforming is the go-to way of getting hydrogen. However, this process results in the production of carbon dioxide and carbon monoxide, which are pollutants. How does steam reforming work? It involves the reaction of steam and other hydrocarbons, the common one being natural gas. Other times diesel, renewable liquid fuels, and gasified coal are the stock.

Electrolysis of water does not require any use of carbon products. This process leads to the decomposition of water into oxygen and hydrogen. The electricity used comes from renewable sources like solar, wind, or nuclear energy.

Hydrogen is best used in a fuel cell. The hydrogen fuel cell converts chemical energy to electricity. Oxygen drawn from the atmosphere is the oxidizing agent and initiates energy production via a set of redox reactions.

Hydrogen fuel has several applications and is most prominent in liquid propellant rockets. Other areas of application are cars, trucks, boats, airplanes, trains, and emergency power units. Storage of hydrogen fuel is still a problem due to its extra-low volumetric energy density. This hurdle makes it logical to use the fuel in larger vehicles, like trucks, to allow adequate and safe storage.

The best way to know if a concept is good is by focusing on its advantages and disadvantages. We look at both of them to see how excellent hydrogen fuel is.

The number one advantage of adopting hydrogen fuel is its cleanliness. It is safe for the environment compared to other options like fossil fuels, which emit harmful carbon compounds. The other endearing thing about this fuel is scalability, as it is very efficient for extended periods. The fuel has a high energy yield per mass unit.

Hydrogen fuel has plenty of applications, such as heavy vehicles, trains, boats, and many more. Some of the advantages of hydrogen fuel cells over rechargeable batteries include ease of maintenance and higher energy storage capacity.

Among the problems of hydrogen fuel is that it is expensive to produce. The high cost comes from acquiring the catalyst that hastens the reaction. Also, the steam reforming process of hydrogen production can produce carbon dioxide and carbon monoxide.

These are greenhouse gases that can pollute the environment. The good thing is that there is a way to contain the gases to prevent pollution. 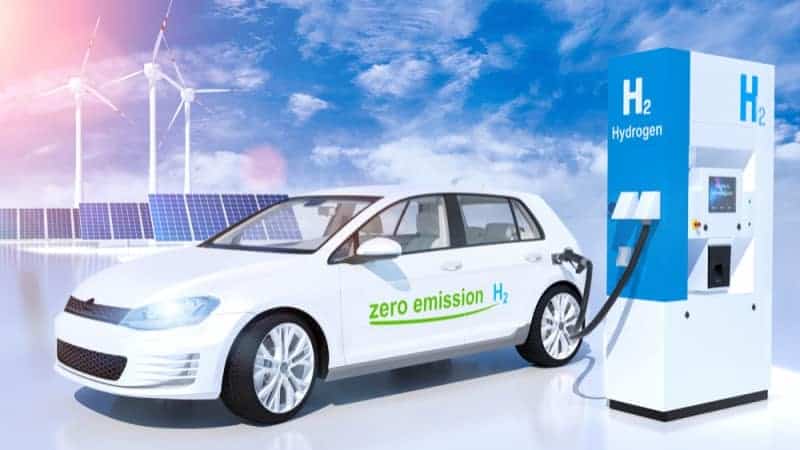 Q: Why Is Hydrogen the Best Fuel?

Hydrogen fuel has been receiving praises from different quarters as it is clean and efficient. Its by-product is water, mainly in the form of steam, whereas fossil fuels have carbon compounds like carbon dioxide that are harmful to the environment.

You buy hydrogen fuel in kilograms or pounds, and a kilogram goes for around $1.80. A gallon of gasoline is roughly 2.7-kilograms and costs $4.60, but can be higher or lower depending on the state. A simple calculation shows that the two fuels are almost the same price.

However, the cost of producing hydrogen is higher, but it is more efficient. If you weigh the value each fuel offers, hydrogen is the best.

Q: Why Do We Need Hydrogen Fuel?

Hydrogen fuel is very efficient and clean. The emission of harmful gases is a problem we face with fossil fuels. Hydrogen is clean, as its by-product is water and not carbon oxides like the other fuels. If we go fully hydrogen in the future, we will reduce the earth’s carbon footprint.

Q: Why Is Hydrogen the Future Fuel?

Hydrogen is an efficient gas with more energy production per mass. This threshold is essential for powering vehicles and machinery that we will use in the coming years. Additionally, the fuel is not harmful to the environment compared to the fossil fuels we use.

Q: Are Hydrogen Cars the Future?

Presently, we are moving towards cleaner fuel sources for the sake of the environment. Hydrogen is clean, and many vehicle manufacturers are coming up with hydrogen-run models to minimize vehicle emissions. The concept is still picking up, with the establishment of proper infrastructure to take advantage of this gas fully.

Q: Why Are Hydrogen Fuel Cells Good for The Environment?

Hydrogen fuels generate energy from the oxidation of hydrogen. The reaction yields power and water as a direct by-product, which is gentle to the environment. It is a better fuel source than fossil fuels, which have by-products that are not good for the environment but milder than by-products produced by other fuel alternatives.

Electric cars and hydrogen cars are vehicles of the future, seeing how clean their energy sources are. While the two concepts may compete, both are here to stay. Hydrogen is still in its baby steps and will be cheaper in the future with the establishment of the right infrastructure.

Electric cars are already taking the market by storm. It will be more of coexistence, especially with hybrid concepts that bring electric and hydrogen gas together.

Hydrogen fuel is the way to go after comparing hydrogen fuel cell cars’ advantages and disadvantages. The fuel is very reliable and supports larger engines like those on planes, trucks, boats, and trains. The main advantage is that it is safe for the environment, seeing that its waste is water.

Currently, there are plans to improve hydrogen gas production infrastructure to make its producton cheaper. With time, hydrogen-fueled cars will be common on the road and reduce our reliance on fossil fuels, which harm the environment.