However, ascertaining the major factor that defines a Newtonian and non-Newtonian fluid will help classify these fluids properly. The underlying factor will also help differentiate fluids that are classified as Newtonian and those considered to be non-Newtonian.

Let’s find out what Newtonian and non-Newtonian fluids are and why they are both different. Carefully go through the subsequent sections with rapt attention.

What is Newtonian Fluid? 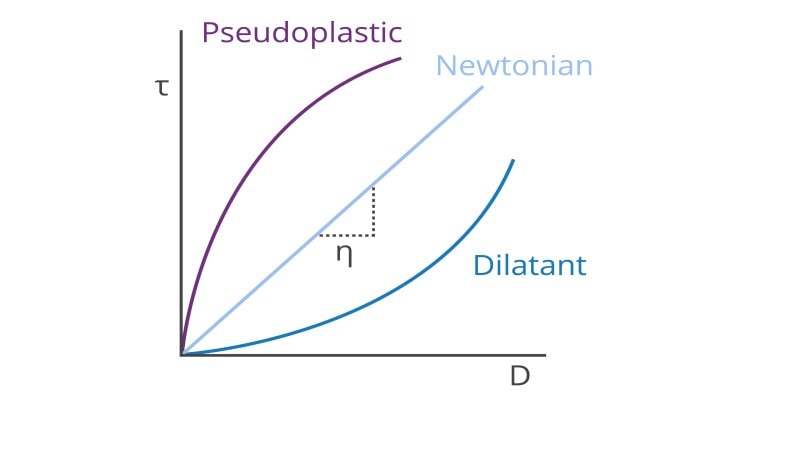 Newtonian fluids are liquids or fluids with a constant viscosity that is not subject to change irrespective of the amount of pressure exerted on the fluid. They are called Newtonian fluids for a reason, and that is because the fluids align with Newton’s viscosity law.

The Newtonian fluid’s viscous stress that arises from the flow of the fluid closely correlates with its local strain rate. The fluid is characterized by a zero shear rate in correlation with zero shear stress. The shear rate is of course directly proportional to the fluid’s shear stress.

Newtonian fluid formula is expressed as τ=μ·∂u/∂y. In this formula, τ stands for the fluid’s shear stress, ∂u/∂y expresses the fluid’s rate of strain, and μ is the constant of proportionality, which is a fluid or liquid transport property commonly referred to as “dynamic viscosity.”

What is Non-Newtonian Fluid? 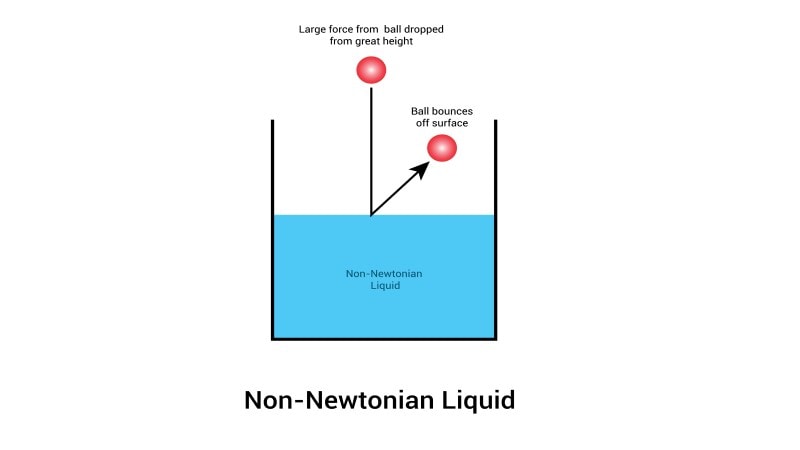 Non-Newtonian fluids are liquids or fluids with a variable viscosity that changes once enough pressure is applied to the fluid. This fluid type is the complete opposite of Newtonian fluids. They don’t compress regardless of the amount of pressure.

Although their viscosity is variable; however, while one gets thicker under pressure, the other gets thinner with the same pressure.

Furthermore, these non-Newtonian fluid categories can be broken down as follows – rheopectic and thixotropic. Rheopectic fluids can be likened to dilatants due to the fact that they also get thicker once pressure or force is applied.

On the other hand, thixotropic fluids get thinner like pseudoplastic under the same situation of applied force or pressure. However, there’s a slight difference between the first categorization and the second.

What is the difference between Newtonian and non-Newtonian?

Understanding Newton’s law of viscosity is necessary for differentiating Newtonian fluids from non-Newtonian fluids. The law states that “shear stress is directly proportional to the velocity gradient.”

Therefore, Newtonian fluids are those that comply with Newton’s viscosity law due to the fact that their viscosity remains constant regardless of the amount of pressure or force exerted on them.

Newtonian vs. non-Newtonian fluid examples are around us in our environment. People interact with these types of fluids daily without recognizing the categories under which they fall. Some common examples of Newtonian fluids are;

Newtonian fluid is defined as a fluid that obeys the viscosity law as propounded by Sir Isaac Newton (popularly referred to as “Newton’s law of viscosity”). The fluids’ viscosity remains unchanged irrespective of pressure or force.

On the flip side, non-Newtonian fluids can be defined as fluids with an opposite behavior to Newtonian fluids; hence, their viscosity changes based on the force or pressure applied to them. So, they basically do not obey Sir Isaac Newton’s viscosity law.

The viscosity of a Newtonian fluid is completely independent of the fluid’s shear rate. Therefore, while the pressure or force applied to the fluid rises or declines, the viscosity remains constant.

Shaking the ketchup will help to re-homogenize its particles evenly such that the solid part can mix properly with the watery part.

Q: How do you determine if fluid is Newtonian or non-Newtonian?

Not really! Motor oil is a non-Newtonian type of fluid. This is due to its varying viscosity under different temperatures or levels of pressure. It is difficult to describe motor oil using a particular viscosity number.

For instance, a particular motor oil viscosity level can change rapidly with a slight temperature increment of 5 degrees Celsius. Even the crude oil from which most motor oils are manufactured is non-Newtonian. Other non-Newtonian fluids include water, glycerol, alcohol, etc.

Antifreeze is a non-Newtonian fluid. Antifreeze additives increase the boiling point of a particular water-based liquid. It also has the capacity to lower the freezing point of such liquid.

The viscosity of an antifreeze fluid is subject to change when pressure or force is applied to it.

Therefore, it is classified as a non-Newtonian fluid because the fluid does not obey the viscosity law as propounded by Sir Isaac Newton.

Distinguishing Newtonian vs. non-Newtonian is pretty straightforward. The major factor is the behavior of the viscosity of the fluid once force or pressure is applied. This article has unveiled the various categories of Newtonian and non-Newtonian fluids for your awareness.

So, drawing a line between different types of fluids, especially fluids that are closely related, will be easy due to their behavior as either Newtonian or non-Newtonian fluids.

If you know someone who’s confused about the two broad categories of fluid according to their behavior, kindly refer them to this article.