California, the most populous state in the U.S., has the largest economy and is home to many major industries, including several gas refineries. The state also has the second highest taxes in the nation. All of these factors contribute to higher gas prices in California. Obviously, locally produced gas causes a price distinction between the Golden State and the nation.

In addition, the state’s gas tax is higher than the national average. To make the situation worse, California has a particular program that requires businesses to purchase permits for their greenhouse gas emissions. This program adds expense per gallon to the cost of gasoline. All that may suffice as answers to “Why is California Gas so expensive?”

On their top, the high living cost in California means that residents are more likely to use public transportation or carpool, reducing gasoline demand and keeping prices high. Overall, these factors make sense why is gas more expensive in California than Texas and in other states. 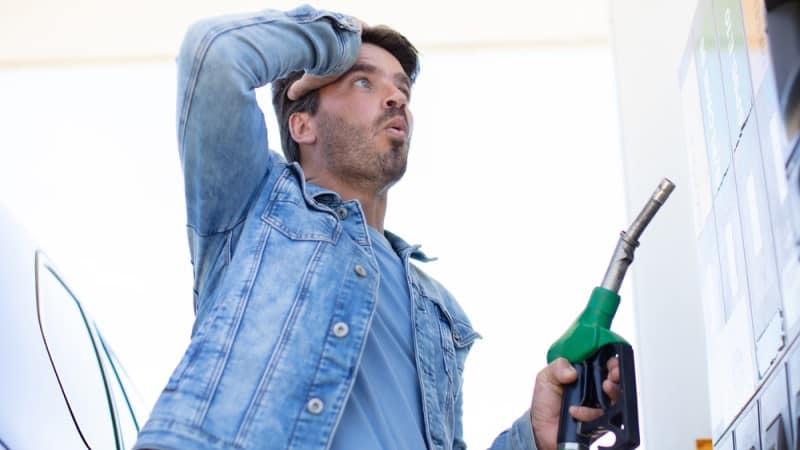 What are Gas Prices in California Right Now?

Gas prices in California today are the highest in the nation. The average price of gas in California is $6.74/gallon, which is much higher than the national average. Prices have been steeply on the rise for months back, and there is no relief in sight for Californians who need to fill up their tank.

The high gas prices are due to a combination of factors, including the state’s environmental regulations and taxes on oil production. As suggested earlier, California is the only state in the country that requires all gasoline to contain a certain amount of ethanol to curb harmful emissions.

This mandate drives up the cost of gas since refineries must purchase extra credits to offset their emissions. Until now, this is of the highest gas prices in California 2022, and people are waiting for California gas rebate. Drivers are getting the pinch at the pump, and many are cutting back on driving or looking for ways to save on gasoline costs.

An In-depth Analysis on the Increased Gas Price in California

People across the country have seen a steep decline in gas prices after the summer hike this year. But drivers in California, fondly dubbed as Fuel Island, are encountering the opposite scenario with a rise of $2 for every gallon of gas compared to the national average gas price. According to a report published on 27th September in jalopnik.com, the gas price across the United States is $3.72/gallon, while Californians are paying 5.79/gallon. But this is higher than that if you make average of yesterday and today’s gas price in California. You can for detail here in AAA.

There are two apparent reasons gas prices in California may be that higher: the taxes there are second highest in the United States and environmental regulations call for a different blend of gas to fight pollution, smog, and more. These two reasons are unavoidable and cause gas prices in the Golden State to be at least $1.54 more than the national average. But the difference is more than that -$2.

To explain that extra cost, you have to go deeper, penetrating beyond the surface. Most oil refineries in California are local, and they supply gasoline to most states. So, the gas price can be affected when a local issue is disturbing production and supply.

Since the outbreak of the Ukraine war, local refineries here have been producing gas at far more than their usual rate to make most from sudden price hike at the cost of equipment upkeep. So equipment maintenance was seriously hampered. The short-term profit-making initiative has proved too drastic now.

Due to the failure to timely upkeep of the refinery equipment, production has greatly declined, creating demand and supply gaps. That is a reasonable explanation why is california gas so expensive right now. The video is evident of the raging gas price there.

Tom Kloza, an Oil Price Information Service representative, said something to O. C. Register that subscribes to the above assumption as to why is natural gas so expensive in California? Kloza said that the Los Angeles area refineries expect to earn an astounding $101 per barrel of gas, whereas the Golf Coast refiners made a profit of just $7.

For instance, areas like Long Beach, Los Angeles, and Orange County bear even more brunt as they are paying $5.84/gallon compared to the $5.70/gallon of island areas like San Bernardino and Riverside. 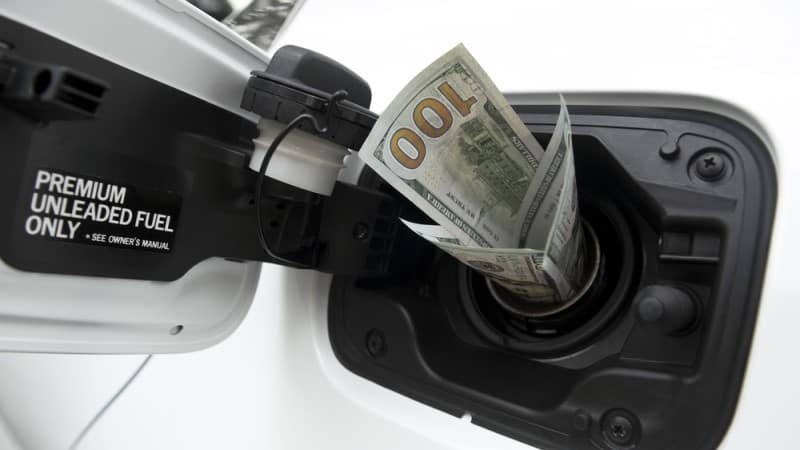 Q: Which state has the most expensive gas?

As of earlier 2022, the state with the most expensive gas was Hawaii with the average price $5.3/gallon. But now the state with the most expensive gas is California, where the average price for a gallon of gas has soared up to $5.79 by the last week of September, and with a further rise, the price is dangling at $5.84 per gallon in some areas of the Golden State.

Q: Does California have the highest gas prices in the U.S.?

Californians pay the highest prices for gas in the United States. In fact, as of 26th September 2022, the state had an average gas price of $5.79 per gallon. That’s almost two dollars more than the national average.

The scenario is more or less the same since pandemic outbreak that combines with other reasons why is gas so expensive in California may 2022 and any month afterward.

Q: Why is gas getting expensive again?

After a brief respite, gas prices are on the rise again. Nationwide, the average price per gallon of regular gasoline is now $3.72, according to AAA. According to The Washington Post, this is nearly double the price per barrel in two years.

There are several reasons to find answers to why is gas so expensive right now. First, crude oil prices have been climbing steadily since last year, from about $62.28 per barrel to around $84.35. And as crude prices go up, so do gas prices. Low supply and high demand is the main culprit here, primarily caused by Russia-Ukraine War.

For other reasons, some are holding the current administration responsible for this gas price hike saying this administration is not friendly to gas production and supply. And so, it cannot face the challenge thrown by the markets undersupplied. Second, summertime typically increases demand for gasoline as more people hit the road for vacations.

Q: Who controls gas prices in the USA?

A host of factors lies dormant to influence gas prices in the United States. There are a few key players who can impact the price of gas.

The first is oil producers. When the price of crude oil goes up, so does the price of gasoline. This is because oil is the major component of gasoline production. And the tax imposed by the concerned state is another factor influencing gas prices there.

Another player in setting gas prices is refiners. These are the companies that refine crude oil into gasoline and other fuels. Refining capacity can limit how much gasoline is available for sale, which can impact prices.

To give a concrete scenario, we can break down the controlling forces as per their influence on the ultimate price. Here you go:

Q: Where is gas cheapest in the world?

According to a new study, the cheapest place to buy gasoline is in Venezuela, where a gallon of gas costs just $0.08. That is a dream compared to what it costs in the United States, where the average price for a gallon of gas is $3.72/gallon nationally and $5.84/gallon in California.

While Venezuela has the cheapest gas prices in the world, drivers in some other countries pay far more for gasoline than Americans do. In Norway, for instance, a gallon of gas costs $9.65; in Hong Kong, it costs $10.97; close to these two sits Denmark with $9.32 per gallon.

Q: Why is gas so high right now?

The main culprit of the highest gas prices in california 2021 and afterwards is the high demand but scarcity of crude oil – the prime component of gasoline production. Most analysts would attribute it to the Russia-Ukraine war for this. But other reasons cannot be undermined for why gas prices are high.

Another reason gas prices are high is that refining capacity has been tight in recent years, meaning there hasn’t been enough capacity to meet rising demand. This has led to higher prices for refined products like gasoline.

Finally, taxes and other government-mandated costs make up a significant portion of the price of gas, and these have been on the rise in recent years.

All of these factors have combined to push gas prices higher, and they will likely stay elevated for the foreseeable future.

Q: What is the highest gas price in history?

Gas prices have been on the rise again in recent years, after the highs of 2008 when the cost per gallon hit $4.114. Just after Russia invaded Ukraine this year, the average gas price in the USA soared instantly to $4.33, higher than the record hit of 2008.

As for the United States, California saw the highest price at $5.84/gallon, and Hong Kong holds the top seat globally with $10.97/gallon.

Can Highest Gas Prices in California 2022 Be Controlled?

You have had all the reasons well explained why is California gas so expensive and how much is gas in California 2022. Some of the reasons of the hike are irreversible, as state tax and pollution concerns will add to the price spike in this state. But the issues involving the refineries and administration should go through rigorous scrutiny so that any slack in maintenance and management cannot cause unwanted hikes of gas prices.