Engine oil is a critical fluid for a vehicle, with its main role being the lubrication of moving parts. Other functions include cleaning, preventing heat buildup, and corrosion of the engine. A thing you should need to know about engine oil is that there are two types. These are synthetic oil and mineral oil. The former consists of artificially made chemical compounds, while the late comes from natural sources. Synthetic oils are the most preferred as they function well in extreme temperatures. Talking about synthetic engine oils, we have to touch on the 0w20 vs. 5w20 discussion.

Both are synthetic oils that attract car enthusiasts’ and mechanics’ attention as they try to determine which of the two is the best.  If you fall in this group, then lucky you as we will handle the 0w20 vs. 5w20 debate, focusing on their various attributes.

To get to the root of the debate, you have to know the difference between the two types of oils. One standout difference you will notice is in their naming. The ‘W’ denotes winter, meaning the two oils are ideal for use in cold temperatures.  The two numbers refer to their viscosity in different conditions. The first number is the viscosity in cold temperatures, while the last number after the letter is the viscosity in operating temperatures. The number and letter arrangement is per SAE grade standards, which grade oils according to their thickness. 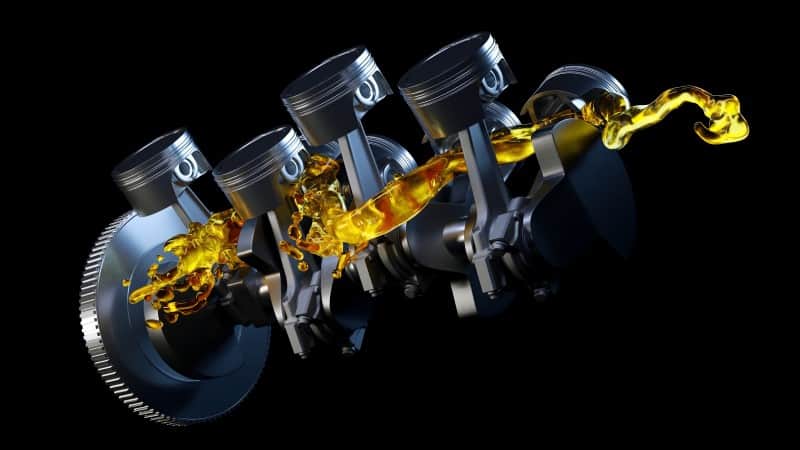 The 0w20 is less viscous in low temperatures, which means it will perform better than its counterpart. The two oils are of high quality and will also work in high temperatures, though not extreme.  What of 0w20 vs. 0w30 oils? The 0w30 is ideal for both low and high temperatures, evident from its significant operating temperature.

The same applies to the 5w20 vs. 5w30 discussion, where the former is a high-performance oil, which finds extensive use in light petrol and diesel engines. Many car manufacturers recommend the 0w20 and 5w20 due to their great performance in harsh weather conditions. 5w30 and 0w30 work better in high temperatures, while 5w20 and 0w20 work well in cool temperatures. 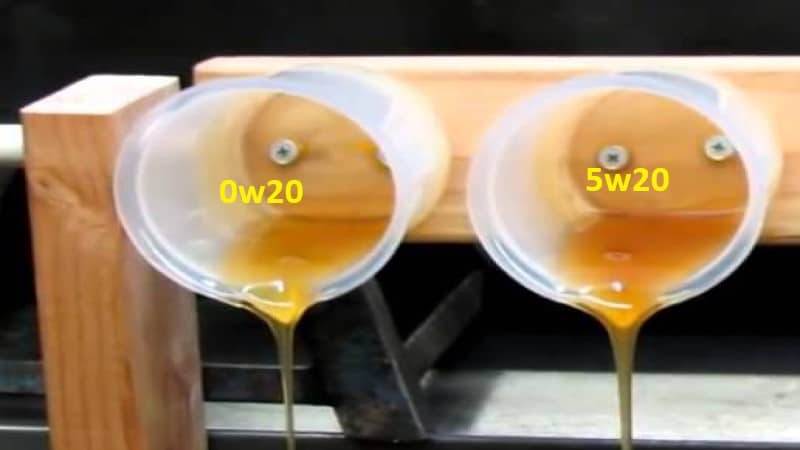 When you decide to change motor oil from one type to another, you should look at the viscosity. It refers to the thickness of the oil at different temperatures. The thinner the oil in extreme temperatures, the better it is as it will be more effective in functions like preventing friction.

Engine oil grades refer to the viscosity grades. There are eleven viscosity grades, starting at 0w to 25w then 20 to 60. The grades give you a hint of how the oil will function in different temperatures.  The two oils are multi-grade, meaning they work in both cool and hot temperatures. 0w20 is at the 0w mark, with the W standing for winter. It means it is an excellent pick if you live in cold areas. The 20 is for its operating heat. Following closely is the 5w20 oil, which also works well in cool environments.

The values mean that the two oils will be less dense in low temperatures. This attribute makes them ideal choices as they will move freely in the engine, helping in areas like heat dissipation and preventing friction. The 0w20 has a lower grade, meaning in maximal cold conditions, it will perform better than the 5w20. As earlier mentioned, they can work in high temperatures, though not too extreme degrees.

0w20 vs. 5w20, which performs better? When looking at each of the oils’ performances, you will notice that they are almost similar. The 0w20 has a slight advantage when the temperatures are so cold. In this case, the car is easy to start as the oil will flow freely. Both of them have the same operating temperature. They can work in high temperatures, but they have a limit. In summary, the 0w20 and 5w20 bring their best in cold conditions.

0w20 vs. 5w20 fuel economy is an area many people look at to determine the best option. The truth is that when it comes to fuel economy, 0w20 and 5w20 are similar. While there might be a slight contrast in favor of 0w20, both ensure that your fuel consumption is low. Their thinness translates to smooth and easy flow, ensuring that most engine parts move without any problem. As such, the engine needs less power to affect movement.

An essential area to pay attention to is the price of the 0w20 and 5w20. The prices may vary depending on the supplier, but in most cases, you will find that the 0w20 is slightly more expensive than the 5w20. It is probably due to its top-grade efficiency in cold conditions. You will notice that these two multi-grade engine oils are more expensive than most mono-grade types. Despite having a hefty price tag, you get the best value for your spending, which you will see in functionality.

Both 5w20 and 0w20 are synthetic oils made of artificial chemical compounds, and this type of oil is pretty good in extreme temperatures. These two oils are identical in function and components but not the same in performance. While either oil is meant for cool temperature, evident from the “W” in their names, their fluid flow resistance while burning is different. To be clearer, 0w20 with zero viscosity will run smoother in cold weather than 5w20 with 5 viscosities – liquid resistance at flow.

So, you can substitute 0w20 with 5w20, but the latter will offer more resistance in its flow. 0w20 is a more preferred fuel option in cold temperatures, but 5w20 is also quite functional. However, your car manual is the ultimate guide in such a case.

You can substitute 0w20 for 5w20, where you will benefit from 0w20’s performance in cool conditions. Switching from 5w20 t0 0w20 gives you an advantage in the engine, starting easier in low temperatures. However, use the 5w20 in place of 0w20 with caution as it may affect the engine’s performance due to the variance in viscosity in winter conditions.

0w20 finds extensive use in small to middle-sized vehicles. You will notice many American, European and Japanese car manufacturers recommending this oil due to its effectiveness, more so if you live in cold areas. 0w20 vs. 5w20 Honda Accord discussions will lead you to the discovery that most small and newer car models use 0w20 instead of 5w20.

Before using 0w20 in a 5w30 engine, check the car manufacturer’s oil specifications to know if you are doing the right thing. The 0w20 can be advantageous to the engine in low temperatures, but it won’t help it out in high temperatures. It is recommendable that you stick to the oil specified by the vehicle manufacturer.

The 5w20 engine oil has a low viscosity, where it is very thin in cold settings. The thinness allows it to execute duties like curbing friction and heat dissipation to impeccable levels. It is one of the best oils to use if you reside in cold areas.

0w20 is synthetic oil, which has a reputation for lengthy service. If you use 0w20, you will require an oil change at 8000 to 10000-miles. Some vehicles may stretch the service life to 15000-miles. A regular oil change will prevent engine problems such as worn-out parts and poor fuel economy.

0w20 is thin oil, or in other words, less viscous. This synthetic oil is thinner than most oils, a feature that makes it ideal for harsh winter conditions as it can still flow freely. If you use this oil in winter, you will realize that starting the vehicle is effortless.

0w20 vs. 5w30, which is the best? Both oils are excellent performers, though it depends on external conditions. 0w20 has a low viscosity, which makes it ideal for winter and cold surroundings. 5w30 also works well in cold conditions, but not to the levels of 0w20. However, it works fine in moderate to high temperatures, an advantage over 0w20.

Switching from 5w30 to 0w20 is a move many people make to benefit from the latter oil’s low viscosity nature. While you can switch the oils, be keen on the manufacturer’s instructions to be on the safe side and prevent hitches on your vehicle.

Ow20 and 5w20 are some of the most popular synthetic multi-grade engine oils. In this article, we take an in-depth look at these two oils to have a better grasp of their specifications and functioning. One thing you may realize is that both of them are high-quality oils that work better in cold conditions. 0w20 appears to be better in such conditions due to its low viscosity. It is suitable for smaller cars, while 5w20 works well with light petrol and diesel engine vehicles like vans and SUVs. Pick the best among the two, keeping in mind the manufacturer’s recommendations. Check on the API grade guide for an idea of oil grading.