Bank 1 vs. Bank 2 refers to either side of the cylinder. It doesn’t matter if the engine is an inline engine or a transverse engine. So it is merely saying the right side or the left side of an engine, though not that simple to say. This identification is dependent solemnly on the manufacturer and the type of engine.

Bank 1 bank 2 location of an engine is tricky. But with the proper knowledge of the type of engine, it becomes easy to say which is which. If one can also identify which cylinder is number 1, it is also easy to point out which is bank 1 or bank 2. 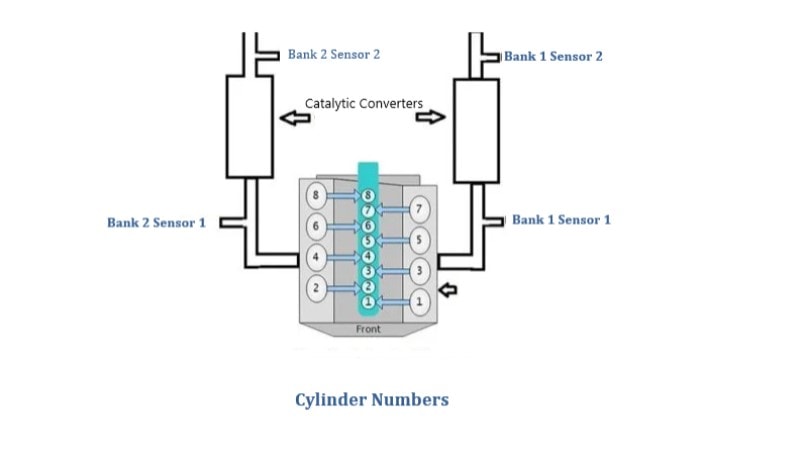 Bank 1 is simply the cylinder 1 role. Therefore, no matter the type of engine, the positioning, and the location, the attachment of bank 1 to cylinder 1 is a must. Usually, the bank houses oxygen sensor 1 and sensor 2. Therefore, the identification of bank 1 helps automatically identify bank 2, which is the opposite bank.

It is also important to note that either the driver’s side or passenger side is the key to the location of bank 1; as vehicles and manufacturers differ, bank 1 will differ in position from one vehicle to another.

Bank 1 is neither left nor right of the engine. Bank 1 doesn’t have a fixed position; it always takes. As stated above, it all depends on the type of engine and the manufacturer. However, bank 1 appears more on the left than the right, but this is not a certainty, and it may take any position.

Therefore, bank 1 could either be left or right. Bank 1 is right in some engines, whereas it is left in some. So this makes bank 1 not have a fixed position on the engine.

Q: Is bank 2 driver or passenger side?

Bank two could be either the passenger side or the driver’s side. It is worth noting that bank 2 is the direct opposite of bank 1 in every engine.

Bank 2, on the other, has its own sensor 1, located near the engine before the CAT, an upstream sensor, and sensor 2, a downstream sensor, located after the CAT. So both bank 1 and bank 2 sensors are similar in every engine.

Q: Is bank 1 upstream or downstream?

Bank 1, which is associated with cylinder 1, is not a determinate of upstream or downstream factors; rather, bank 1 provides space for the placement of the sensors, which determines the up and downstream.

Q: Can you swap upstream and downstream 02 sensors?

Swapping could result in a false reading of the 02 sensors, thus sending an error signal to the vehicle’s computer, causing the vehicle to malfunction.

Q: Is there a difference between upstream and downstream oxygen sensors?

There are many differences between the upstream and downstream 02 sensors, as both have different locations and functions. The upstream 02 sensor is responsible for picking up data about the amount of air-fuel mixture that enters the engine and sends the data to the vehicle’s computer. This is mostly called pre CAT.

The downstream 02 sensor is responsible for checking whether the catalytic converter is functioning properly or underperforming and informs the vehicle computer of it for optimal performance. It checks whether there is a clog as well. 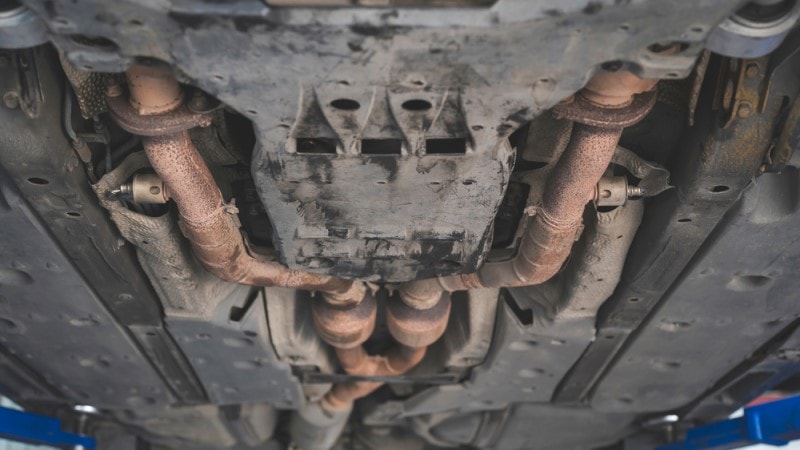 It is curial to point out that a four-cylinder engine has only one bank. Therefore, bank 1 vs bank 2 is not the same as sensor 1 and sensor 2. Neither should bank 1 sensor 1 and bank 2 sensor 1 be confused with one another.