Big block Vs. Small block is a debate that calls the attention of most car enthusiasts. Many argue about the advantages of a big block over a small block and vice versa. However, these panelists argue based on their perspectives.

Both big and small blocks have advantages and disadvantages regardless of people’s arguments. Some people go as far as stretching the comparison between big block vs. small block vs. long block.

However, let’s look into these two (big and small blocks) from a separate perspective and further compare them in the subsequent sections of this article.

What is a Big Block Engine? 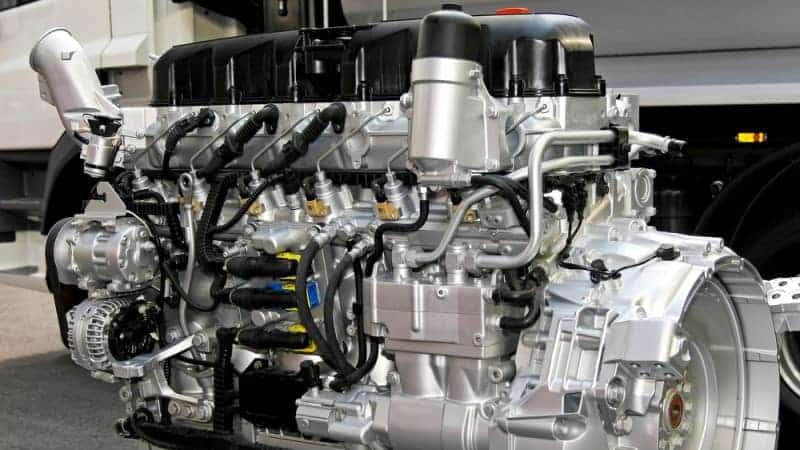 A big block is a type of car engine characterized by its large overall size, large bores, bigger valves, longer strokes, and bigger ports. These features are typically larger than those of a small block.

The features of a big block empower the engine to deliver astounding power output. However, the heavyweight is a limitation on handling and acceleration due to the extra pounds added to the car’s front axle.

In 1958, Chevrolet introduced its big-block engines (Mark I or We series). They were built as large displacement V-8 engines for heavier passenger cars during post-world war II.

Big block engines were designed to empower passenger cars and light trucks for high performance and efficiency. After Chevy’s big-block engines rocked the market, Chrysler and Ford followed the same path and also became major players in the industry.

What is a Small Block Engine? 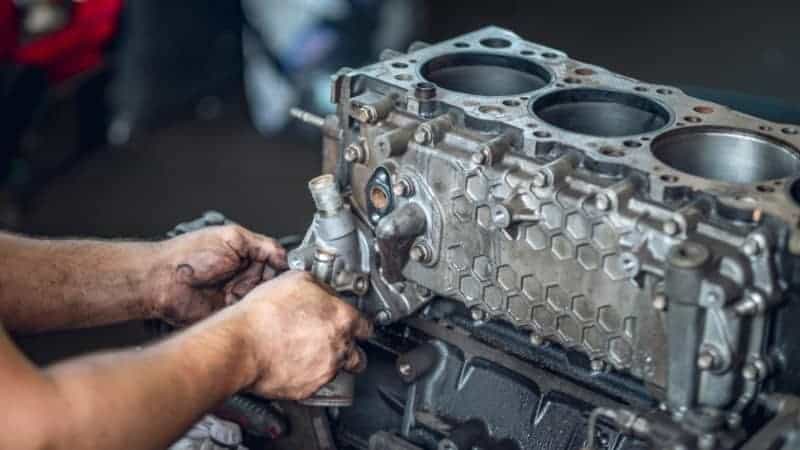 A small block engine is a simplified type of engine with a smaller size, as well as having pistons with shorter strokes and smaller bores. These features eventually result in lesser displacement compared to that of big-block engines.

Since small block engines do not have the capacity to produce much power like big-block engines, they make up for the power output with their lightweight. Moreover, with the lightweight comes easy handling and swift acceleration.

In 1955, Chevrolet designed their small block, which was fitted in the Bel Air and Corvette models. After a while, sports racers and hot rodders noted the extent of power that the small block delivers irrespective of its size and weight.

Sooner, the small block was nicknamed “Mighty Mouse” because of its heavy-duty performance in a small but mighty design. Later on, vehicle enthusiasts simply called it “Mouse” and tagged the big block “Rat.”

Stating which engine is better between the big block and small block may not be easy as both engines perform excellently.

However, the two engine types come with their advantages and disadvantages. For example, while the big-block engine may result in difficulty in handling and acceleration, it offers more torque for balance.

On the other hand, while the small block may not have larger bores, bigger valves, ports, or longer strokes for increased horsepower, the lightweight makes acceleration Swift and handling easy.

So, you’re free to consider what you need in a vehicle’s engine before buying one. Performance, durability, efficiency, and financial implication are factors to consider when buying a car concerning whether it has a big block or small block engine.

In other words, considering the big block vs. small block pros and cons above will give you a perfect edge in making the best decision.

Q: How do you tell a big block from a small block?

On the other hand, a big block typically weighs more than a small block. In other words, comparing the big block vs. small block dimensions is a good start to tell the difference.

No, the 350 engine of the Chevrolet is not a big block. Rather, the engine is a small block V8 engine. Nevertheless, the 350 engine is as powerful as its big-block counterparts; hence, it is known for its high performance, durability, and smooth operation.

Small block engines are powerful as they deliver better handling and acceleration. The Chevy 350 small block V8 engine is a 350 cubic inch 5.7L engine with about 3.48 and 4.00 stroke and bore, respectively. The engine’s horsepower is between 145, and 370 depending on the year, make, and model.

Chevrolet’s 454 is a big block engine. Most of Chevy’s engines with more than 400 cubic inches are big blocks; hence, the 454 falls within the category. However, the 454 iron block from World Products’ Motown is a small block.

The iron block from Motown was designed with a similar large bore and longer strokes like those of Chevy’s 454 big blocks. In other words, the 454 engine is both a big block and a small block. However, it depends on the manufacturer.

The 400 engine is peculiar to Chevrolet, Chrysler, and Ford. So if you’re contemplating 400 small block vs. 400 big block, the contemplation would depend on the exact manufacturer you’re considering.

However, Chrysler’s 400 is a big block. The 6.8L 400 cubic inches V8 engine was considered one of Chrysler’s most powerful engines. The engine was designed to replace the 383 that was designed among the first generation of the Hemi line around 1958.

The Chevy 427 big-block V8 engine features 4.250 and 3.750 bore and stroke, respectively. The Chevy 427 was designed to deliver up to 425 horsepower. This hp delivers top-notch acceleration and power for high performance and efficiency.

Of course, the Chrysler 383 B engine is referred to as Mopar big block. The 383 features a 4.25 inches large cylinder bore and a 3.375 short stroke. The Chrysler Mopar big block is built to deliver a huge output of 611 lb-ft and 599 horsepower.

The engine’s 392 cubic inches is equivalent to 6.4 liters. Both measurements express the engine’s displacement in different units.

In the U.S., the common unit that vehicle enthusiasts use when discussing an engine’s displacement is liters. However, before the 1980s, people were used to cubic inches.

Q: What determines if an engine is a big block?

The displacement is a factor that helps to determine if an engine is a big block. A big block engine comes with a displacement of over 400 cubic inches. Meanwhile, a small block features lesser displacement.

However, the Chevy 396 is an engine with a displacement less than the stipulated 400 or more. Irrespective of not meeting the requirement that qualifies a big block, it is considered a big block. If you’re asking, “What is the smallest big block engine?” For Chevrolet, it is none other than the396 and 366 for cars and trucks/buses, respectively.

Irrespective of most vehicle enthusiasts’ strong argument between big block vs. small block, it is apparent that both have their advantages and disadvantages. So, it is an individual’s responsibility to identify what they want in a vehicle’s engine before buying the vehicle.

However, it is crucial to consider the performance, durability, efficiency, and cost implication of choosing between the big block and small block engines.