In short, electric cars do not use oil as vehicles with internal combustion engines (ICE) do. Do not confuse hybrid cars with electric vehicles. They are pretty different from electric cars.  Hybrid vehicles still need regularly scheduled services and maintenance because they have electric motors in combination with internal combustion engines to provide improved torque, performance, and efficiency.

In any case, electric cars are manufactured with electrical components thus; they develop issues that will require maintenance and attention. While EVs don’t need motor oil, there are some tasks electric car owners should perform.

In this article, we’ll discuss at length how electric cars work, significant components of electric cars, required fluids for EVs, and lastly looked at some trivia mind-boggling questions like will the electric cars kill the oil industry? And what maintenance EVs need to help you determine when to maintain your electric car to provide optimum performance. 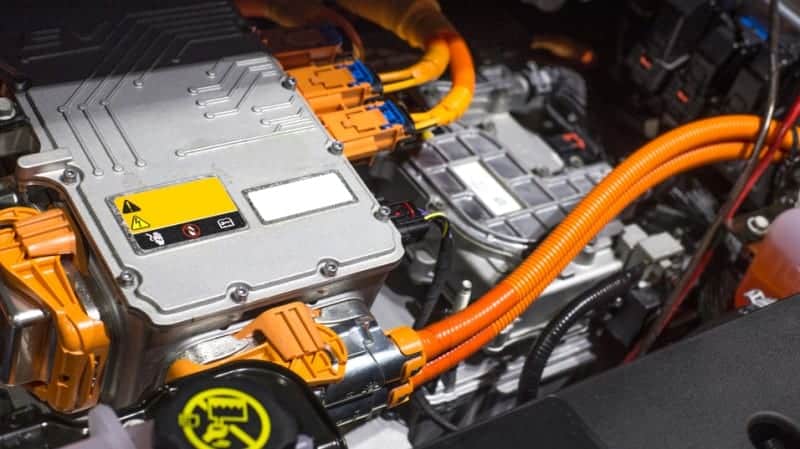 Like internal combustion engines, electric vehicles consist of several components that work in harmony to offer peak performance. They are as follows;

Bi-directional inverters are the types of power inverters mostly seen on electric vehicles.

Traction Battery Pack: The traction battery pack is the powerhouse of an electric vehicle. It stores electrical current in the form of direct current electricity. The battery discharges direct current to the power inverter, which transmits it to the electric motor once it receives a signal from the controller.

The position of the gas pedal as the driver depresses determines the vehicle’s speed and the voltage and frequency variations that will be transmitted to the electric motor.

In layman’s terms, this system component regulates and controls the electricity flow transmitted by the battery, thereby controlling the speed and torque of the electric traction motor.

Some hybrid vehicles utilize a generator motor that works like regeneration and propulsion. However, the BLDC (brushless DC) motor is the most common electric traction motor found on EVs.

On-board chargers: These are preinstalled chargers in electric cars.

Off-board chargers: These are external chargers that you can plug in and plug out.

Charger ports: The charging port is a system component that creates electrical connectivity between the traction battery pack and the external electrical source.

DC/DC convert: This EV component is responsible for converting high voltage DC power from the traction battery pack to a lower voltage required to charge the auxiliary battery and power other parts in the car. 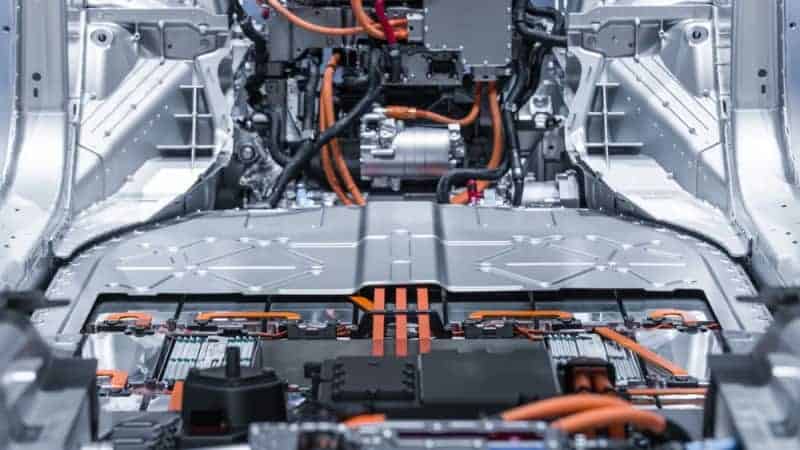 How Do Electric Engines Work?

You may be wondering, ‘how do electric cars work since they don’t have ICEs’. Electric engines, otherwise known as electric motors, convert electricity flow into mechanical energy via magnetic mechanisms.

The engine transfers power to the transmission, generating more torque and distributing the power to the wheels the same way the ICE vehicle works. All-electric cars function like gas-powered or diesel-powered engines.

Electric vehicles use electric flow stored in the traction battery pack in powering their electric motor and transmitting power to the transmission to drive the car. When the stored electric flow goes down, it can be recorded via the utility grid or solar power plant from a wall socket or dedicated charging space.

So, do electric cars use gas? No. Electric vehicles do not use gas. EVs don’t require going to the gas station now and then. Electric cars produce more power and accelerate faster than internal combustion engines, making them lighter to run on the highways.

For some, the advantage of electric vehicles over cars with internal combustion engines is the ability to save and invest gas money into something else. However, there are several reasons why you should invest in electric cars. These reasons include;  easy driving, reduced noise pollution, low maintenance, safe drivability, no emission, and more convenience.

What Fluids Do Electric Cars Require?

We’ve explained how electric vehicles work, and outlined their major components and functions.

Do they require fluids? Yes, EVs use several fluids. Now, you will be wondering ‘what fluids do electric cars need? It is true that EVs require minimum maintenance compared to traditional vehicles, but you should understand there is no such thing as ‘maintenance-free vehicles’.

All-electric vehicles consist of mechanical and electrical components that require scheduled maintenance for optimum performance. Although they don’t use engine oil, you don’t need oil and oil filter change.

Coolant: Heat is a significant issue in every type of vehicle, and it needs considerable attention. In internal combustion engines, coolant along with other cooling system components like the radiator and cooling fan are used in absorbing the engine’s heat.

In Evs, coolant is used in the same manner as it is on ICE vehicles to minimize the heat coming from the traction battery pack and maintain the average operating temperature.

Electric car owners need to check their coolant fluid levels regularly. The fluid is required to absorb heat from three main components; the cabin heater, power inverter, and traction battery packs. Nonetheless, the cabin heater shouldn’t be of much concern, but the traction battery pack and the power inverters are critical and require explicit attention.

If the battery explodes due to overheating, there’s a high probability that the vehicle will catch fire. Hence, you should regularly check and ensure the coolant stays at the maximum level to prevent battery explosion.

Brake fluids: Electric vehicles use brake pads like the traditional vehicles on the road. However, they don’t require frequent replacement due to the regenerative braking system.

A regenerative braking system can cause decelerated brake wear by converting the motor’s kinetic energy to electric energy.  Primarily, the system slows and brings a car to a complete halt, thus, reducing the functions of a brake pad and minimizing wear.

The regenerative braking system is essential for both electric car braking systems and power generation equipment. Since the life of the driver and that of other road users depends on the brake, you need to service the brakes and check the fluid level regularly.

Transmission fluids: All vehicle transmissions require liquids; whether it is ICE vehicles or electric cars with the direct-drive or multi-speed transmission, you’ll need to change the oil at least once or twice throughout your period of ownership. Therefore, it is essential to consult your owner’s booklet to know when to change your car transmission fluid.

Electric cars do not charge while driving. However, Evs will charge while driving in the near future. This feature will be installed and work via inductive charging; thereby, alternating current (AC) generates a magnetic force on the charging disc, which will transmit the current to the car.

Electric cars can last for a long time. Manufacturers guarantee it.

Q: What kind of maintenance do electric cars require?

However, since Evs are not maintenance-free vehicles, they require inspections on coolant level for a power inverter, cabin heater, battery, charge modules, and accessory power. Diagnosis of brake fluid and leaks. Other assessments include suspension, steering, chassis components, and driveshaft for accelerated wear and damage.

If you have been reading till this point, you will no longer ask, ‘do electric cars use oil’ As we’ve discussed so far, EVs require little maintenance because they are not equipped with ICE.

Aside from eliminating oil changes on EVs, here are other maintenance tasks you don’t have to perform on your electric car;

EVs are considered ‘cost-saving vehicles’ since you don’t have to worry about any of these issues listed above, not to mention the time and frustration it will cause owners of ICE vehicles.