When considering various causes of engine overheating, your car may be at great risk. The sudden hike in temperature, causing the big red to show, may seem pretty disastrous for your vehicle. Nevertheless, I would be revealing some engine overheating causes and tips on how to fix such issues.

You may soon find the engine parts start having a “seize” effect and other common engine problems. In most cases, engine overheating due to a faulty cooling system may worsen if not fixed quickly. With such, the heat gets trapped without possible means of escaping.

Soon, your car may start emitting steam, and you can start perceiving that “burnt” smell from the vehicle’s engine area. Good care for the car engine would also help prevent engine overheating. Suppose, your engine starts overheating, you should try to find the cause and fix it quickly.

Knowing the cause of the engine overheating can help you fix that issue in no time. There are various reasons why your car’s engine is overheating. Some common factors include: 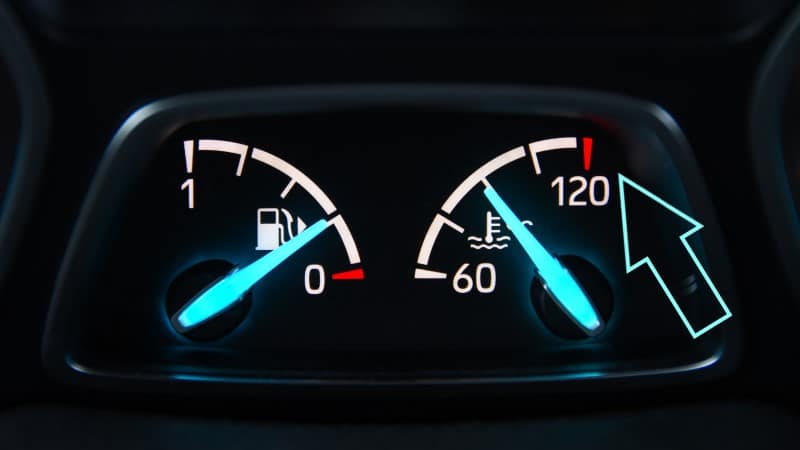 Why is my car overheating? Well, that could be due to a faulty thermostat, and a quick repair would help. The main valve in your car’s cooling system is the thermostat. It works effectively in allowing a smooth passage of the coolant to the radiator when the need arises.

Nevertheless, some issue arises when the thermostat appears stuck in a closed position. With that, the coolant would face some difficulties passing through. In extreme cases, the coolant would not pass through to the car’s engine.

So, when you notice your vehicle’s engine overheating, it would be beneficial to check the thermostat. You may need to seek expert assistance to get the car checked and seek possible solutions to avoid bigger issues.

One of the major car overheating causes is a faulty head gasket. This part of the vehicle is situated between the cylinder head and the engine block. It works effectively in sealing the coolant chambers, as it also expands thermally alongside the car’s engine.

With the head gasket blown, leakage and the fluid can easily enter the combustion chamber. Hence, the coolant may slowly seep through into the car’s oil system and form a sludge beneath the oil cap.

The loss of fluid from the car’s cooling system would often reduce the level of heat that leaves the engine to the coolant. In essence, this could be the cause of your engine suddenly overheating, and you should try to get your car checked.

The radiator is the part that lets in the coolant, where it “cools back.” In essence, when the radiator faces some damage, the coolant may appear warm. A bad radiator in a car can result from leaks and clogging, and such disruption can cause the engine to overheat.

Again, there may soon be sediments with built-up insulating layers present around the coolant hosing. Such issues may be due to electrolysis in the radiator, and the hose may soon start degrading the hose.

With the number of heat cycles that they’ve passed through, the tube may start cracking. When the radiator hose starts wearing out, there may be leakages. This condition further results in engine overheating.

Various car models come equipped with radiator fans that help them remain and operate at optimum temperature. Interestingly, you find them close to the car’s radiator. They work well in keeping the engine’s temperature low and preventing overheating.

These radiator fans pull air and pass them through their fins, and a bad radiator fan can put an end to such helpful activity. Once the car’s fan motor gets broken, there would be no help reducing the engine’s temperature. Hence, the noticeable overheating suddenly occurs.

There are high chances of the coolant leaking if the head gasket, thermostat, radiator, water pump, and hoses get damaged. With the leak, your engine would start overheating; and you need to fix it as soon as possible.

Why is my car overheating, but it has coolant in it? Supposing there is no coolant leakage, the engine overheating may result from a bad coolant. Perhaps you newly replaced the coolant, and you mistakenly used the wrong fluid, the engine would still overheat. Thus, you’d need to flush the system and refill it with the appropriate fluid.

Issues with the Radiator Cap

With these causes of engine overheating mentioned above, some possible repairs would include: 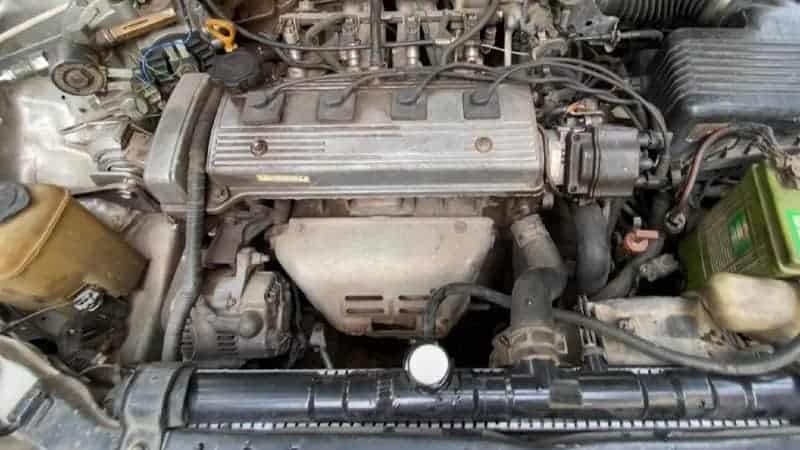 What are the Symptoms of Engine Overheating?

How to diagnose overheating engines? Knowing the common causes of engine overheating will help you learn about the symptoms to enable you to take quick actions and don’t open the car’s hood.

In most cases, the pressure caused by the excess heat can cause some incidents if the hood gets opened too quickly. It is better to let the engine cool for a while after checking the cooling system. Some common symptoms of an overheating engine include:

Notice from the Temperature Light/Gauge

You would often notice the warning light or temperature gauge due to temperature changes. Whenever your vehicle starts exceeding the optimum temperature required for a smooth operation, you can see the temperature light coming on.

The red on the temperature gauge can also  If you don’t find the red indication, you may see the gauge towards the top of its full travel. However, this sign may seem tricky to read, especially when there is a coolant leak.

The “Tick” Noise from the Engine

Without that “thick” engine oil working through the car’s moving parts, it becomes pretty challenging for these parts to move. The oil is a lubricant, and it soon loses its ability when the engine becomes super-heated.

The heat makes the weight of the oil reduce, making it appear too thin like water. Thus, all the lubricating capabilities get lost. With this, the clearances in the engine would start giving off a ticking sound.

Steam Emission from the Hood

With the effect of extreme temperature, steam starts emitting from the car’s hood as the coolant starts boiling. In essence, this coolant is way past its boiling point and would start acting like steam water. This sign seems more pronounced, and with it, you can tell that your engine is overheating.

Such spillage on the ground can be due to a leak from the cooling system, which would cause the engine to overheat. However, suppose the coolant has been boiling inside the cooling system. In that case, the car finds a way of relieving it through its coolant overflow tank.

Other significant symptoms that you can look out for include a heated hood and poor engine power.

What Happens When An Engine Overheats?

Heat Levels Rising above 20 to 40 Degrees:

With such an increase in temperature above the normal levels, the car may experience engine knocking. There may be a further crack on the piston with continuous driving of a car having an engine knock. The piston ring may soon fall apart, and the electrode strap of a spark plug may soon melt.

Heat Levels Rising above 40 to 80 Degrees:

Experts in the industry consider this level of temperature increase as a “total meltdown.” The level of damage from this would cause serious damage to the engine. Your car’s engine may never appear the same again, and there may be a need to replace the engine.

Nevertheless, quick action can save some of the vehicle’s components like the engine block, crankshaft, rods, valve springs, and accessory drives. You can also savage the fuel system, ignition system, and intake and exhaust manifolds.

Tips to Prevent a Car from Overheating

The repairs involved in the damages from engine overheating can be pretty expensive. With the various symptoms of engine damage from overheating, it would be best to take some preventive measures. Here are some helpful tips to keep your engine in good condition and prevent it from overheating.

One way of preventing engine overheating damage is keeping proper levels of coolant. Thus, it would be pretty helpful to check the levels of the fluids daily. If the fluid levels appear short, you should try to refill them to the right level. With such, you can reduce the chances of your engine overheating.

Refilling with the right coolant

Your gas or diesel engine overheating causes may include the addition of a wrong coolant. Thus, before you refill your coolant, try double-checking the coolant type. It will also help if you take a look at the coolant’s lifespan.

Clearing out the radiator

Due to the debris that may start accumulating in the radiator, the cooling system’s airflow may soon get restricted. Thus, it would be best if you get rid of the sludge by clearing out the radiator.

Take a look at the vehicle’s drive belt

A regular maintenance schedule would suffice, ensuring that this problem doesn’t come up. Kindly note that the less thermal stress your car faces, the more effective it would be. Supposing the engine starts overheating while you drive, what should you do?

If you are a car owner, then nothing can set a bad day/mood in motion than having a blown head gasket. The minute your most trusted mechanic utters those words, you can immediately picture the dent...