Flex-fuel has existed for a long time, and it’s gaining popularity, even so, many people don’t know about it. It is cheaper than regular fuel. Should you opt for a car that uses flex fuel, and why is it cheap? What is flex fuel in the first place?

Whether you want to invest in this type of fuel or you want to know what that new sticker at a gas station means, we got you covered.

Here, you will learn “what is flex-fuel for cars” and its pros and cons. Let’s keep the ball rolling.

What is flex fuel?

Flexible fuel, also known as flex-fuel, is a fuel made of gasoline and ethanol or methanol. So, what is a flex-fuel vehicle? Flex-fuel vehicles are equipped with internal combustion engines that run on one fuel type. Aside from a few modifications, flex-fuel cars are like gasoline vehicles.

These vehicles are not new in the automotive industry. They’ve existed since the early 1990s and have become popular since 1994. It kept making waves, and in 2017, there were 21 million flex-fuel vehicles on the road. 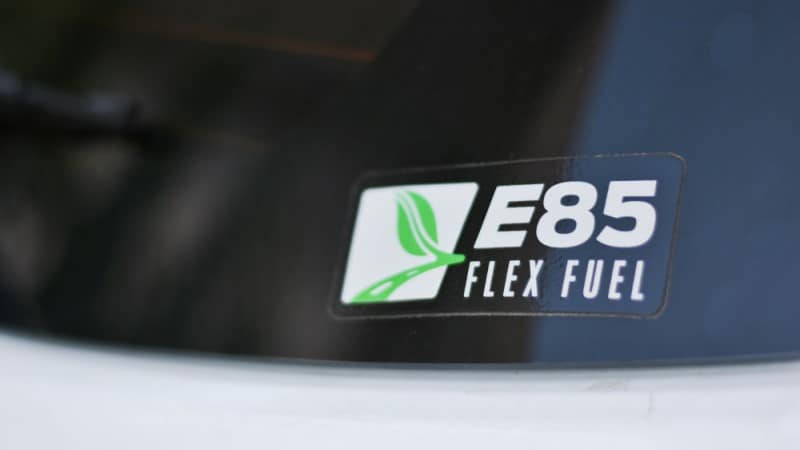 Pros and cons of Flex-fuel

As the saying goes, ‘whatever has a sweet part also has a bitter part.’ Flex-fuel is not an exception to these rules. Let’s look at the pros and cons of flex-fuel.

Here are some benefits you’ll derive from using flex-fuel cars.

Improved performance: While some mechanics and motorists may argue that using alternative gas will negatively affect your car’s overall performance, that’s not always true. It can increase vehicle performance. Flex-fuel vehicles do not suffer performance issues when running with E85 fuel. Sometimes, it even leads to increased torque and horsepower.

You may wonder, ‘what is E85 fuel’. It is a fuel type with 85 percent of ethanol and 15 percent gasoline or another hydrocarbon.

Tenably produced: Many flex fuels run on ethanol, which is tenably produced from products like corn and sugarcane. These ingredients make ethanol an excellent alternative to foreign oil.

Good burning facility: One of the essential merits of owning a flex-fuel vehicle is its good fuel burning rate. It can burn whatever volume of gas that enters the combustion chamber. The vehicle features electronic car sensors and microprocessors that gauge the blend and adjust gas injection and timing.

Cleaner for the environment: Nowadays, many people are much concerned about the effect of fuel consumption on the environment. Flex-fuel burns cleaner than gasoline because of its ethanol composition in it. And this makes it release fewer emissions into the atmosphere.

Of course, flex-fuel has some demerits you should consider before investing in these vehicles. Here are some of them.

Possible engine damage: You may ask, will flex-fuel damage my engine? Indeed, you want your engine clean and free from sludge deposits. But ethanol absorbs dirt easily, which can cause corrosion on the internal engine components and lead to engine failure.

Gas Mileage: Motorists have a major concern about flex-fuel gas mileage. While some experts say the gas mileage is relatively similar to regular gas, others say it differs from regular gas.

Sole crop use: We discussed above that flex fuels are produced with corn and sugarcane. This can be a disadvantage. Crops allocated for flex-fuel production can’t be used for other purposes. This can hike the price of animal feeds. It will also affect fuel production during poor corn harvest.

However, with modern flex-fuel engines, you have the option to use any combination of gasoline and ethanol. You can use 85% ethanol or 100% unleaded gas. The advanced electronic car sensors will detect the fuel combination in the tank and make the necessary adjustment. 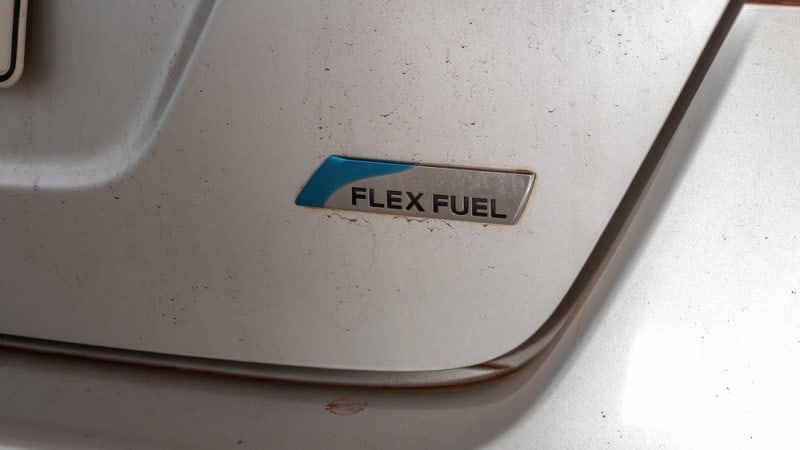 What Is The Difference Between Flex-fuel And Regular Fuel?

Here are the differences between flex-fuel and regular gas.

Ethanol produces less energy than gasoline-only fuel. This means an engine needs more ethanol in the combustion chamber to produce the same energy as regular gas.

Flex-fuel vehicles have a higher purse range in the fuel injection, allowing an extra 40% liquid fuel in the air-fuel mixture ratio. The advanced electronic car sensor can detect the amount of ethanol and allow a proper fuel mixture for a better concentration.

Ethanol has more corrosive agents than gasoline. This means that it corrodes internal engine components. However, automakers are fighting this downside to ethanol.

That’s why you won’t see rubber, aluminum, or magnesium parts inside the fuel tank. Instead of using terne-plated steel for producing gas tanks, automakers use stainless steel material. And the fuel lines feature plastic-lined stainless steel.

Q: Can you use regular gas in a flex-fuel vehicle?

You may ask, what is a flex-fuel engine? Flex-fuel engines are vehicle engines on FFV. You can research how these vehicles work for a better understanding.

Q: Is flex-fuel gas or diesel?

Flex-fuel, also known as flexible fuel, is a type of fuel combined with gasoline and methanol or ethanol. Vehicles running on this fuel type are designed to be fed more than one fuel. Flex-fuel also offers various merits over conventional diesel or gasoline options.

So, is flex-fuel gas or diesel? Flex-fuel comprises gasoline and ethanol. Therefore, it is gas and not diesel.

Q: Can you put diesel in a flex-fuel?

No. Diesel fuels are not compatible with any engine aside from diesel engines. Diesel differs from gasoline and ethanol fuels and will not work in their place. A critical example is, if you pour diesel into a gasoline engine, it’ll not run.

Can you mix E85 with regular gas in a flex-fuel vehicle?

Yes. As long as you’re driving a flex-fuel vehicle, mixing E85 with regular gas will not cause any problem. A computer in the flex-fuel vehicle will adjust the fuel blend up to 85 ethanol. However, you may notice a reduction in miles per gallon and acceleration depending on the E85 you mixed.

Q: How much does a flex-fuel kit cost?

Converting your gasoline to a flex-fuel vehicle will take around 15 minutes. The flex-fuel kit will cost around $365 to $500. However, this kit works fine on vehicles that use both fuel port and electronic fuel injection via the engine control module.

Q: What if I accidentally put flex-fuel in my car?

If you accidentally put flex fuel in your car, do not panic. While the check engine light may illuminate the dashboard, it won’t cause any harm to your vehicle. You’ll be fine until the fuel burns out of the gas system. You won’t want to run out of gas on the road. So, top up your tank when the low fuel light comes up on your dashboard.

At this juncture, we’ve cleared the air on the subject, ‘what is flex-fuel?’ The debate on the pros and cons of flex-fuel is disappearing soon. However, there seems to be a significant switch from regular gas to flex-fuel vehicles.

The number of ethanol refining plants is increasing daily. So, even if it’s not what you want yet, weigh the pros and cons and compare it with regular gas. The automotive industry keeps evolving. Though we don’t know what the future holds for us, we can guess from observing the signals.