There are several types of car light bulbs that you will come across in the auto engineering and repair scene. Different car light types require specific bulbs for optimum functionality. Still, on the bulbs discussion, we have the H4 vs. 9003 discussions, bringing the two bulb types to the table. The two bulbs are very similar in structure and are, at times, used interchangeably.

Understanding the two bulbs is essential to know where to use each to get the best out of them. The good thing! We will share our vast mechanical knowledge to get to the root of this debate to understand the application of each bulb.

What Is The H4 Bulb Used For? 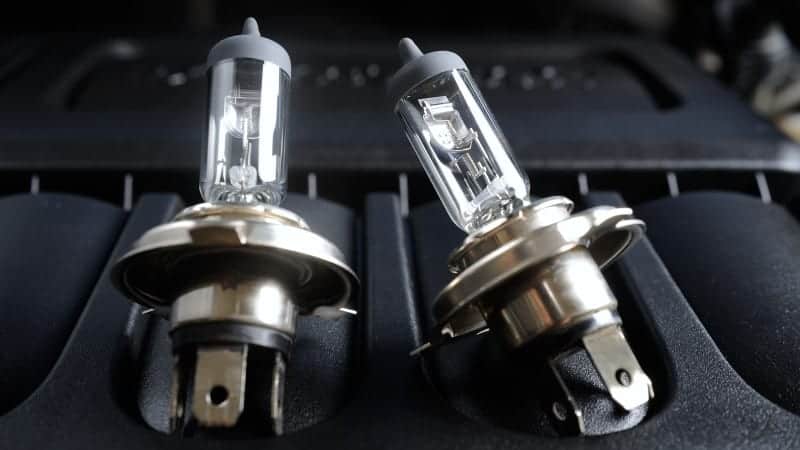 In the first part of the H4, 9003 discussions, we will look at the H4. One of the distinguishing factors of the bulbs in the area of application. The H4 bulb came into the scene as the to-go component for racecars. They were popular in Europe, and many sports cars relied on them.

They took some time before reaching the United States, but they were illegal for cars. The restriction of use was because the laws required sealed headlamps. However, the H4 bulbs found massive use on motorcycles. A thing to know about the H4 bulbs is that they have double filaments. The double-filament is one reason behind its restrictions in the United States as it could cause blinding in traffic.

To deal with the situation, the 9003 or HB4 bulb made an entry into the scene. One of the things that will help you distinguish H4 from 9003 is the bulbs’ structures. We will look at their features to help you know which bulb you have and which one you need for your car lights. 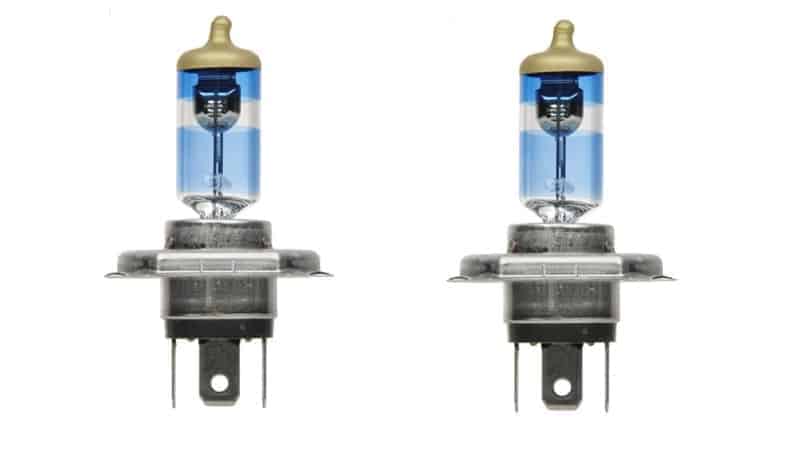 The 9003 beat such restrictions, and it made its way to vehicle headlamps.  At the moment, you may find that the bulbs sell using each other’s identity. For example, you may want an H4 bulb, and a dealer recommends that you go for the 9003.

Back to the question, the 9003 is mainly used on car lamps, and it performs well in this role by providing ample illumination. What about 9003 vs. 9006? The two bulb types may confuse many people, probably due to the ‘900’ numbering. The two are very different, seeing that the 9006 is a single filament low beam bulb, whereas the 9003 is a double filament bulb. The double filament allows the 9003 to function as a high and dipped beam bulb. A similarity that the bulbs share is that they are headlight bound.

On to the main discussion, what is the difference between the H4 and 9003 bulbs? The two bulbs are very similar on the outside, and if you are not keen enough, you may think they are the same. Despite sharing many similarities like the number of filaments and base structure, they are quite different. One of the main differences you will notice is in the base of the bulbs. Both bulb types have three prongs on their base. However, when you pay attention to the tabs, you will notice that the 9003 has equal-sized tabs. On the other hand, the H4 has one of the bottom tabs shorter.

In this case, you realize that an absolute H4 will fit in both H4 and 9003 housings, but a valid 9003 won’t fit in an H4 housing. Looking at H4 vs. HB2 online discussions, you find some suggestions that the H4 is a more tolerant version of the 9003. The supporting claim is that its use on motorcycles means it has a sturdy structure to sustain the vibration. This idea has no level basis to substantiate it. The unsealed H4 headlights seem to be brighter than the 9003 counterparts.

Another difference is the price. The price may vary where you may find an H4 led bulb is pricier than the 9003 and vice versa. The price factor will most of the time, depend on where you buy the bulb. You should also note that the 9003 is ideal for car headlights in the US while the H4 goes to motorcycle lamps. However, the latter is more prevalent in Europe, mostly in the motorsport scene.

What about the H4 vs. H7 debate? The H4 and H7 bulbs are different, despite both of them being headlight bulbs. The H7 has two prongs and one filament, while the H4 has two filaments and three prongs. 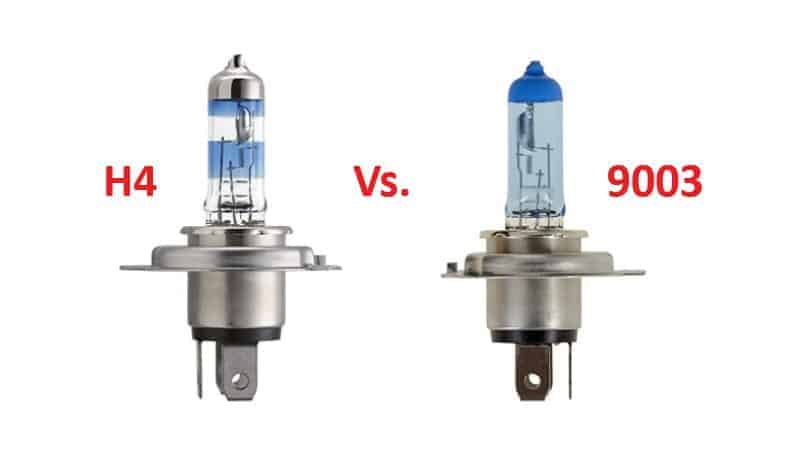 Ans: No, the H4 and 9006 are not the same type of bulb. The two differ immensely, especially when you look at their respective structures and functionality. For example, the H4 is a double-filament bulb with three prongs. On the other side, the 9006 has a single filament and an L-shaped base. Both can go to the headlamp and can produce high or low beam lights.

Ans: The 9003 light bulb is a double filament bulb suitable for car headlights. It came into the market due to restrictions against the H4 bulb use in vehicles. Among its definitive features are a double filament and three-prong base. At times, you can use the H4 in place of the 9003 as the two are similar in structure, particularly the base

Q: What Does H4 Mean In Headlights?

Ans: The H4 refers to a double filament bulb, which debuted in the 1970s, finding immense use in Europe, mostly on race cars. In the US, it is mostly used for motorcycles.

Ans: The 9004 bulb is not the same as H4, with the main difference being the base. The two cannot fit into each other’s housings. The 9007 headlight bulbs are quite similar to the 9004 and can work interchangeably, at times, with some modifications.

For a bulb to fit into another’s housing, it needs to have a similar base to the other bulb. In this case, the H4 cannot fit into an H11’s housing as the two have different bases. The H4 has three prongs on its base, but the H11 has an L-shaped base.

How to install H4 or 9003 LED Headlight Bulbs YouTube

A look at H4 vs. 9003 tries to focus on the compatibility of the two bulbs and their differences. As we can see, these bulbs are quite similar, but they have some slight differences. However, you can still use them interchangeably. If you use them interchangeably, be aware of your jurisdiction’s traffic laws to avoid being on the wrong side. Additionally, ensure you have clean headlights for the best experience.

The 9005 vs. H11 argument is one that you may get into if you are into vehicles. These are bulbs that you will find in the headlight, with each of them playing a key role in controlling light...

The car lighting system is very diverse and requires different light bulbs to perform different functions. When looking for an ideal bulb for a particular section, let's say the braking light, you...