Motor oil is one of the most critical fluids in the engine, serving as a lubricant. This role ensures that the moving engine parts do not wear quickly due to friction. Considering that the engine is a chamber of several moving parts, you cannot miss having engine oil in your workshop or your car trunk. Is motor oil flammable? Is one question many motor enthusiasts and car owners have to understand more about this car liquid.

Yes, motor oil is flammable, but at a significantly lower degree that some auto pundits prefer referring it as combustible.  To understand the difference is that combustible materials can burn in air, while flammable materials are combustible but ignite easily on fire exposure. But motor oil can easily catch fire when there is the right amount of heat. You should understand that there are two types of motor oil: conventional motor oil and synthetic motor oil.  Let us delve deeper into the motor oil flammability subject to have a clearer picture. 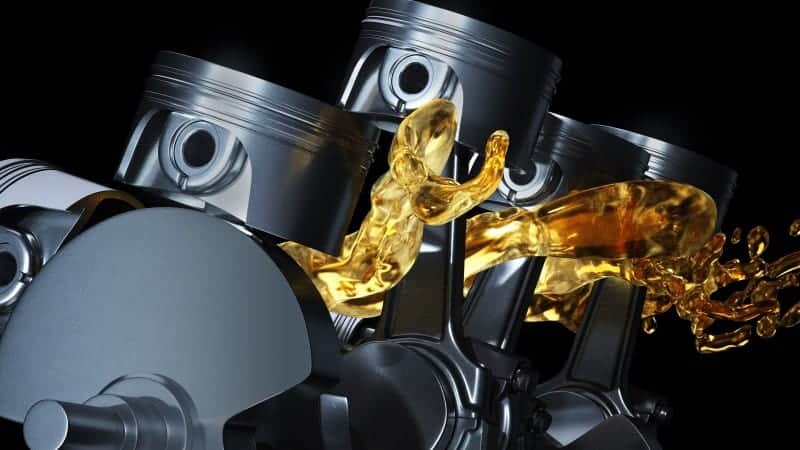 In this case, we are looking at conventional motor oil, which may go by mineral oil as it is a crude oil derivative. Aside from the aforementioned use as a friction beater, it is also an engine sludge cleaner and helps neutralize acids from fuels. It plays a crucial role in sealing piston rings and cooling the engine by transferring heat from moving parts. The many roles make it a diverse utility in running the car, and looking at its flammability is a safety move due to the risk of fire hazards.

When looking at flammability, the vapor emanated is the main point of focus, looking at whether the liquid in question emits vapor to auto-ignite. Most oils have long carbon chains that are hard to break and subsequently release vapor to burn. This makes them fall short of the flammable class. However, there is a catch, where some experts define a combustible fluid as any fluid with a flash point lower than its boiling point.

The motor oil flash point lies at a value of around 302 to 392-degrees Fahrenheit, with a boiling point of 572-degrees Fahrenheit. This means it qualifies as a flammable liquid. Can motor oil cause fire? Looking at its high flash point, it will need a lot of heat for it to burn, eliminating the chances of it being the first cause of the fire. Most of the time, it will combust lightly, supporting a weak flame.

Is synthetic oil flammable? It is an excellent follow-up question from motor oil’s flammability subject and leads you to this lubricant variety’s qualities. It is flammable, though it is an arguable statement, as many prefer to consider it combustible as it has a high flashpoint.  Before we touch on its ability to ignite, let us look at its origins.

Synthetic oils started appearing in the late 1930s and early 1940s to replace crude oil, which was becoming rare at the time in Germany. Synthetic oil performed well in the military conquest, considering it retained its viscosity in very low temperatures.

In the following years, the use of this oil grew, with many appreciating its performance in friction reduction, reduced depositing, and fewer impurities. It also worked fine under extreme temperatures, guaranteeing a smoother ride. Back to its flammability, yes, it is flammable, considering that it has hydrocarbon derivatives. However, it burns to a lower degree than conventional motor oil, requiring higher temperatures for it to ignite.

While both oils do not pose much danger to flames due to their high flammability, you should handle them well to prevent accidents, messiness, and pollution. They are major pollutants of water bodies, and you should know how to dispose of used oil to prevent such situations. If you properly dispose of it, you prevent situations like sticking to animal fur and feathers or creating a mess, which is a slipping hazard. Is used oil combustible? Waste oil will burn and is one of the ways of disposing of it. There are specially created waste oil furnaces that burn the oils as a way of proper disposal. 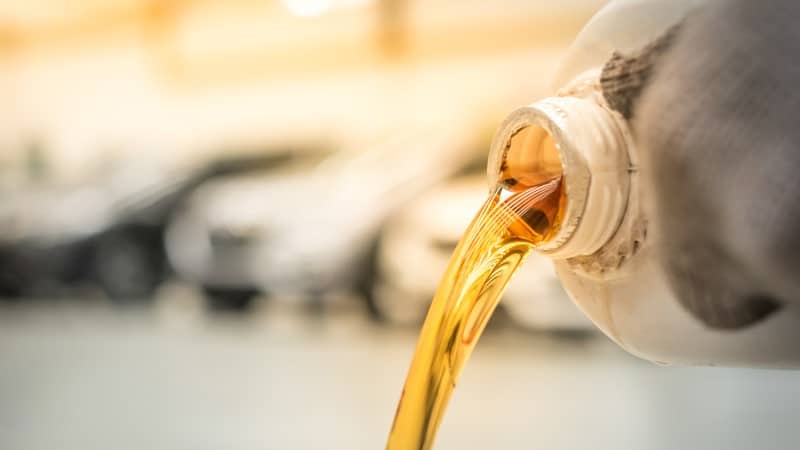 Q: What Is The Flash Point Of Motor Oil?

To understand more about flammability, you need to look at flashpoints. This is the temperature where a liquid turns into a vapor that can auto-ignite. Motor oil has a flashpoint of 302 to 392-degrees, which is very high, making it among the least flammable fluids or comfortably a combustible substance as it burns.

Q: Can You Light Motor Oil On Fire?

Motor oil has a high flash point, going to almost 390-degrees Fahrenheit. At this value, this substance can produce vapor that will automatically light. It is impossible to set motor oil on fire using matches, as it needs high temperatures to light. However, it may support light combustion, producing a weak flame.

Q: What Oil Is Not Flammable?

Most oils, if not flammable, are combustible, except silicone oils. Silicone oils are for lubrication and hydraulic systems. They are not flammable and form great electrical insulators. These oils are also famous for their temperature stability.

Is cooking oil flammable? Yes, cooking oil is flammable, and if you heat it past its flashpoint, it will burn.

Which Car Fluid will Burn?

Motor oil is a significant liquid for your engine, playing roles like lubrication and as an acid buffer. This article touches on motor oil’s flammability, where you know that this fluid can ignite but only under high temperatures. Both the standard crude oil-based motor oil and synthetic oil will burn, with the latter having a high burning temperature than the latter. Be careful when using oil, to avoid pollution or fire hazards if there is too much heat around.