The power steering wheel is one of the most significant inventions n automobile engineering, meant to reduce the effort exerted in steering the car.  Power steering transmission fluid is an important part of this system, playing a role in power transfer. It is a common fluid in many garages and car trunks, and for safety reasons, many people ask; is power steering fluid flammable? This question serves to let people know how to handle this liquid to uphold safety in the vehicle or workshops, considering looming fire risks. 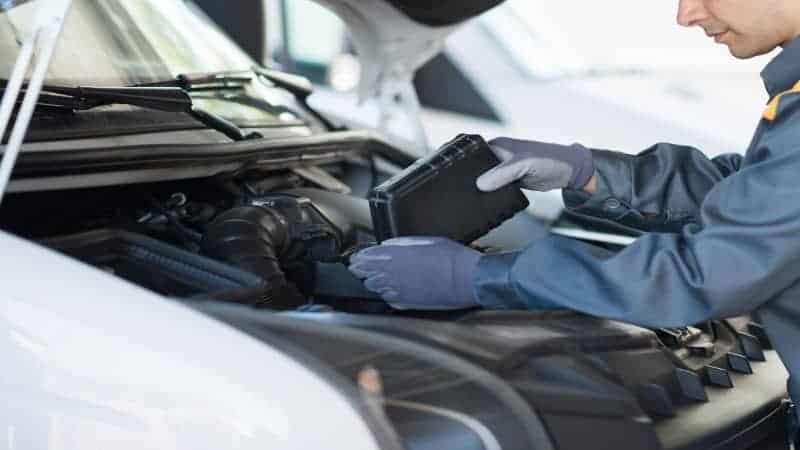 Some time back, there was news of a major car manufacturer recalling cars back due to possible leaks, which could cause a fire. After this event, many car enthusiasts, drivers, and many others had the question, can power steering fluid catch fire? Yes, with the right temperature, the power steering fluid is flammable. There is the debate that this transmission fluid is more of combustible fluid, instead of flammable. While this might be true to some extent, or more of a generalization, we can comfortably say that it is flammable.

Another thing to know is that if it starts evaporating, this fluid can start spraying or producing mists, among the few occasions it can be the first cause of fire in a vehicle. The mists of sprays can auto-ignite, even if below the flashpoint.  The vapors are also toxic and when they burn they produce high levels of carbon dioxide, carbon monoxide, sulfur, and phosphorous oxides, and unburned hydrocarbons. You should put out power steering fluid fires with foam, dry chemicals, water fog, or carbon dioxide. 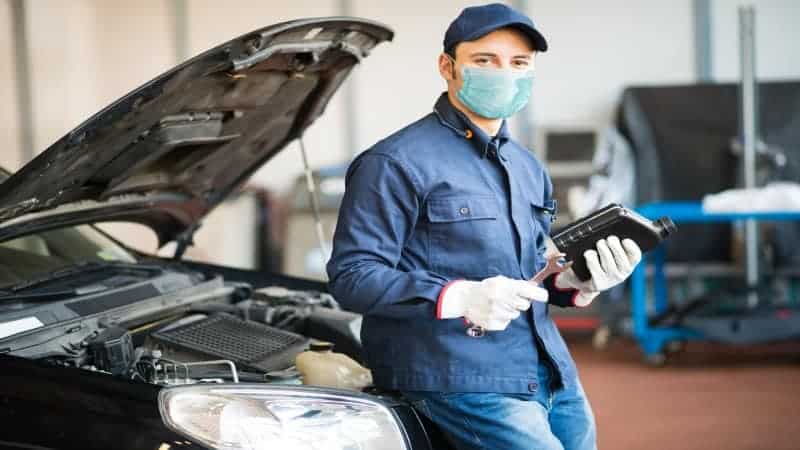 Q: Can A Power Steering Fluid Leak Cause Fire?

Yes, a power steering fluid leak can cause fire, and immediately you notice this issue you need to seek help. This fluid is not as flammable to the extreme degrees of gasoline, but it will support burning, especially if temperatures exceed their evaporation limit. If it comes to contact with hot parts it may produce some mist or spray, which can auto-ignite below the flashpoint. A thing to note is two top car manufacturers recalled back several units some years back due to a faulty power steering system, which could cause a leak, risking a fire hazard.

Power steering fluid burning off the engine is something you should expect if there is a leak, which can be dangerous. If this liquid contacts hot surfaces it will burn, and at times the results may be hazardous.

Yes, a power steering fluid leak is something to pay attention to, as it may cause a fire. Though it is rare for this liquid to be the primary cause of vehicle fires, it can be a secondary cause due to the increase in temperatures. Burning power steering fluid produces gases that can be harmful, like carbon monoxide, carbon dioxide, and sulfur and phosphorous oxides.

Power steering fluid evaporates when it reaches its flash point, contrary to what many people may think due to its viscosity. When it evaporates, its vapors can auto ignites.

Power steering fluid is not corrosive, but it may cause the peeling of paint from surfaces it touches. If it spills, you can clean it with laundry detergent or a brake cleaner.

The power steering unit is one of the most game-changing inventions in automotive technology, making car steering a simple task. Power steering fluid is one of the utilities of this system, which helps in power transmission. This piece tackles the question of this fluid’s flammability, which as we learn it is flammable calling for careful handling. In case of a leak, you have to sort it in time to edge out fire incidents.