The camshaft position sensor is as important as the other vital components in a vehicle. It enables the vehicle’s engine to ascertain the position of the crankshaft drive.

The component gets information about the speed of the vehicle’s camshaft and transmits the message to the engine control module (ECM). Meanwhile, the ECM uses the data from the cam sensor to determine the vehicle’s ignition and fuel injection timing required by the engine. 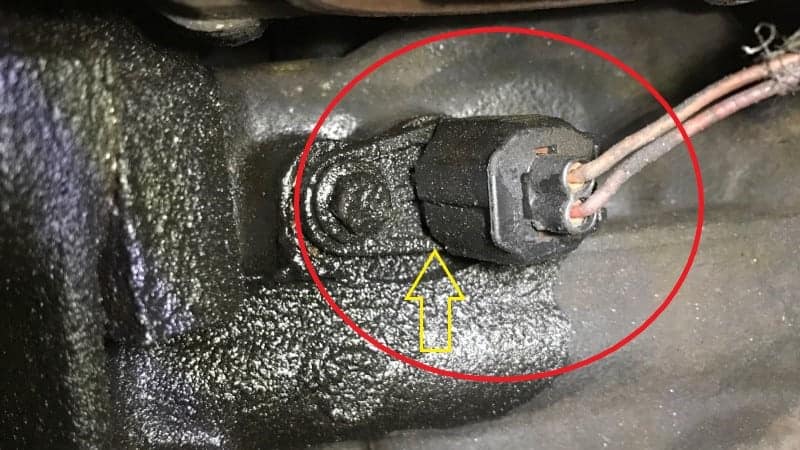 The camshaft position sensor is covered with oil because it is inserted through an opening in the vehicle’s cylinder head. However, the outer part of the cam sensor at the exterior of the cylinder head is not expected to have oil on it or be covered with the oil.

The main factor that releases oil on camshaft position sensor is a bad gasket/sensor seal which is characterized by its leaking.

A camshaft position has a round seal at the cylinder’s head area, and this seal is designed with durable rubber material. However, they don’t last forever; the camshaft position sensor seal is susceptible to gradually wearing out.

A worn-out cam position sensor’s seal would leak oil, thereby extending the reach of the oil to the exterior part of the camshaft position sensor. Once the oil starts leaking, it can trigger the illumination of the Check Engine light.

If you are wondering what happens when a camshaft sensor goes bad, it will result in engine stalling. A follow-up question may be, “is it safe to drive with a bad camshaft sensor?” It is not ideal because it could affect the car’s engine beyond the minor faults. 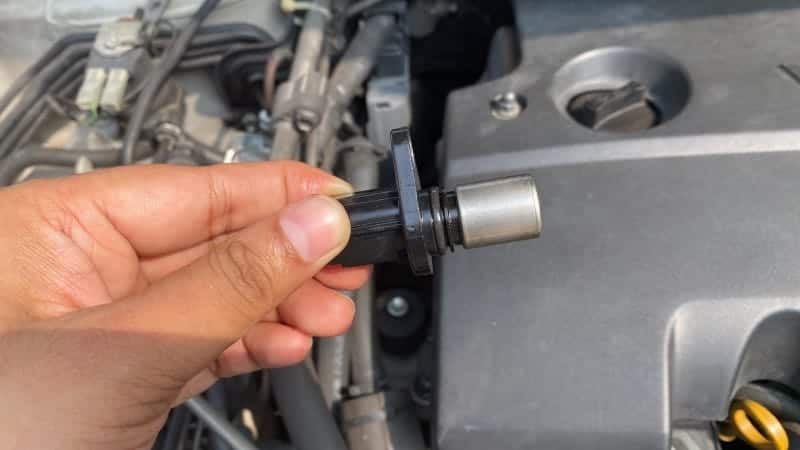 Of course, a car’s cam sensor can leak oil into the cam sensor’s electrical connector, resulting in the illumination of the Check Engine light. When this occurs, the car’s engine may begin to stall as the problem degenerates.

If your car’s cam sensor leaks oil, it should be treated as a matter of urgency because you risk an engine problem that could cost you a lot. Hence, ensure to replace leaking sensors so that they can function correctly.

Q: Can you clean a camshaft position sensor?

In some cases, if a vehicle’s camshaft sensor deteriorates to a bad state and fails, the vehicle’s ignition may not make a spark to ignite the engine.

To clean a camshaft sensor is not a tedious job; spray a little amount of solvent on the cam sensor. After that, clean it with a neat piece of cloth.

Q: Is there a way to test a camshaft sensor?

Of course, a camshaft sensor can be tested using a multimeter. To perform a camshaft position sensor test, ensure to determine the power, signal, and ground wires through the help of your car manufacturer’s manual. After that, set the multimeter to “DC Volts.”

At this point, you would need an assistant to help you turn the car’s ignition on without starting the engine. Then, get the black probe on the multimeter and touch it to the ground while you touch the other probe to the power wire.

Ensure to compare the reading on the multimeter with your vehicle manufacturer’s manual specification to ascertain whether the result is perfect. If there are inconsistencies, you may need to find out how to reset camshaft position sensor.

Q: Is it bad if a camshaft position sensor has oil on it?

It’s a normal thing for a camshaft position sensor to have oil on it. The oil is necessary for its functionality. However, the sensor housing has to be in good shape to work perfectly. A crack in the sensor housing can result in oil contamination which could make the sensor fail.

It is important to ensure that the oil on the camshaft position sensor stays in its place correctly. Avoiding oil contamination is also a necessity, as well as ensuring that there are no cracks on the sensor housing.

If there are any challenges with the camshaft position sensor, endeavor to see a professional mechanic.

Q: Can a camshaft position sensor fail due to low oil levels?

So, the camshaft position sensor’s failure usually is not directed to low oil levels, but the effects of low oil levels such as low oil pressure, engine overheating, etc.

Anytime oil leaks outside the component where it is deposited in a car, it usually creates a problem for that component and some other ones around. Having oil on camshaft position sensor can result in complications such as overheating, engine stalling and inability to start, etc.

Endeavor to check out minor oil leaks around the camshaft position sensor and its surroundings before the problem escalates. If you find any leaks, kindly contact an expert auto mechanic to find out what could be wrong and fix it as soon as possible.