Connecting or disconnecting a car’s battery seems easy. However, it is one of the most confusing exercises to perform, irrespective of the simplicity of just removing or attaching the battery cables from/to the terminals.

One of the primary contemplations is whether to attach negative or positive first when connecting the battery cables to the terminals. The same contemplation applies to the disconnection process.

This is a guide to provide a simple solution to your contemplations. You will be learning why the correct connection procedure is important, as well as the dangers of engaging in the wrong approach. Let’s delve into the contemplations below.

Which car battery terminal to connect positive or negative first? 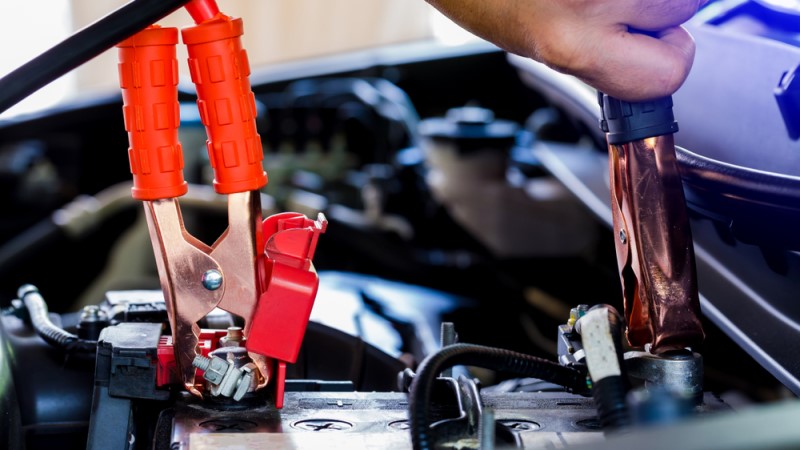 The BIG QUESTION is – why connect the positive terminal first? It is simply due to the safety it provides in the connection process.

Connecting the negative terminal first before the positive can trigger a big spark or arc through you when the spanner or wrench you’re using to tighten the positive cable gets in contact with a metal surface on the car.

Which car battery terminal to remove positive or negative first? 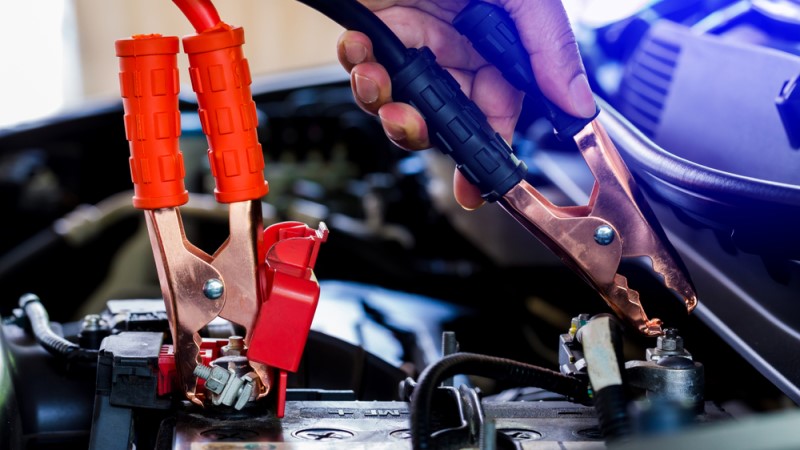 Again, identifying the order between positive and negative first when removing the battery can be somewhat confusing. The cables are not mere wiring that can be randomly removed when disconnecting a battery.

Q: Why do you put the positive terminal first?

When connecting a car’s battery cables to the terminals, ensure to put the positive first before the negative cable. This is because the positive cable will not arc if your wrench or spanner touches the car’s body in the process of tightening up the cable due to the absence of the ground (negative cable).

In other words, connecting the negative cable first will pose a possible dangerous outcome in the process of attaching the positive cable and tightening up the same.

This is because once you have already connected the negative cable before the positive cable when the wrench mistakenly touches a metal part of the car in the process of connecting the positive cable, it will arc through you or possibly lead to a fire outbreak.

Q: Do you hook up red or black first?

Once you are sure of a perfect connection, start the car with the lively battery and allow the engine to run for a while. Then, get into the vehicle with the flat battery and turn on the ignition to start the engine. Of course, that resolves the confusion of having red or black first when connecting a battery to jump-start a car.

Q: Do you put the negative on first?

No! It is risky to connect the cable to the negative terminal of a car’s battery before the positive cable. In other words, it is positive first before negative in order to avoid electrocution or fire outbreak. However, knowing how to tell positive and negative on a car battery is vital at this point. They are marked (+) for positive and (–) for negative, respectively.

Now, when you attach the negative cable first, any slight mistake whereby the wrench used in tightening up the positive cable touches the car’s frame or any metal part will cause a shock and possibly spark up fire immediately.

So, it is essential to follow the recommended procedure for connecting a car’s battery without any compromise. This can be pretty straightforward if you’re a DIYer. Otherwise, kindly contact an expert auto technician to do the job.

Q: Why is the negative terminal disconnected first?

The negative (grounded) terminal is disconnected first in order to avoid a battery dead-short occurrence. Otherwise, it can result in a shock or spark up a fire in case the wrench used in disconnecting the positive cable touches the car’s frame or grounded metal surface.

That means disconnecting the positive cable first puts you and the car at risk. This is because there is a tendency for the wrench used in removing the cable to contact a grounded metal surface on the vehicle, resulting in a shock or fire. So, kindly stick to the proper order while connecting the battery terminals.

The black (negative) jumper cable is first to be removed after jump-starting a car. It is simply the reverse order of connecting the cables at first.

After that, detach the red cable’s clamp on the lively battery or the jump starter and remove the other end from the dead battery’s positive terminal. Then, you are good to go!

Q: Does positive go first when jumping a car?

The positive jumper cable is usually red, while the negative cable is black. Typically, the positive (red) cable is connected first and removed last when jumping a car’s battery.

Q: Does it matter what order you connect jumper cables?

Of course, understanding whether it is positive or negative first when jumping a car is a fundamental act. The order of connecting and disconnecting jumper cables matters so much when jumping a flat battery.

The procedure is not a mere traditional process without any implications. Wrongly connecting or disconnecting the cables can spark up fire or damage your car’s electrical system.

Also, do not make the mistake of connecting the other end of the black (negative) cable to the dead battery after connecting the first clamp to the lively battery’s negative terminal. This can result in costly damage. So, kindly stick to the perfect way of connecting and disconnecting jumper cables.

Q: Do you turn off your car before removing jumper cables?

So, remove the jumper cables while the car is still running. However, ensure that no clamp gets in contact with the other while removing the cables. Also, start by removing the negative cable before the positive cable. Meanwhile, if you’re asking, “Is red positive or negative?” Red signifies positive, while black is negative.

Q: Is it OK to just disconnect the positive terminal?

No matter what, it is better to disconnect a battery’s negative terminal instead of the positive. Although you’re trying to prevent the battery from discharging, you may achieve that when you disconnect positive or negative first.

As a matter of fact, disconnecting one cable is enough. This is because disconnecting either of the cables will introduce an open circuit that cannot enable a current flow.

Nevertheless, disconnecting the positive terminal while the negative terminal is connected can be disastrous, resulting in electrocution or sparking a fire. So, avoid it.

Compromising safety in handling mechanical or electrical components can be hazardous. The impact can severely injure the user or damage the part and other related components.

When connecting or disconnecting a car’s battery, there’s no point in contemplating positive or negative first. Instead, simply go to your owner’s manual and follow the procedure drafted in there. Otherwise, seek professional advice such as the information you’ve read in this article.

If you know anyone interested in becoming a DIYer in a short time, kindly recommend this article to them. It will help them understand the battery connection and disconnection procedure.