Failure of the vehicle’s electrical system means you are going nowhere. Issues like bad starter motor can cause car starting problems. Other culprits are the bad terminal ends, which connect the battery cables to your car battery.

The battery terminal end is the connection point between the car battery and your entire electrical system. So, when there is a problem with the terminals whether it’s a broken battery terminal clamp, you get the following warning signs. 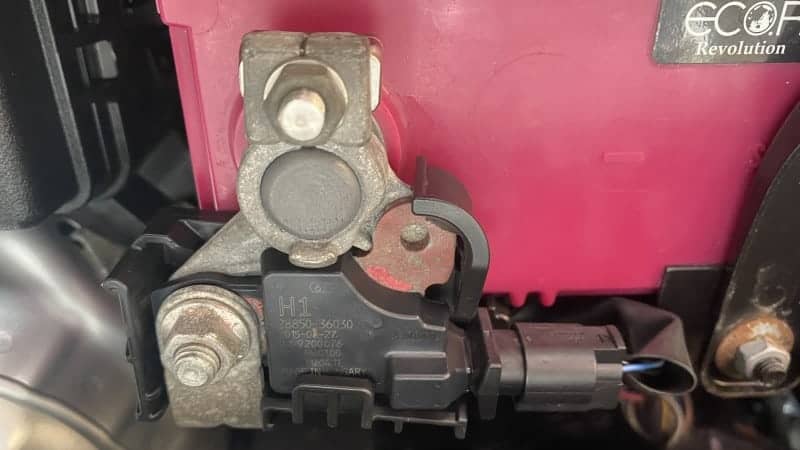 You can turn on your car key to start the car or push the ignition button, but only hear a long crank or not hear anything at all, but the vehicle will not start. If you lift the hood and try to examine the battery terminals, you see corrosion on the electrical contacts connecting to the battery. Also, it may be because a loose battery terminal causes a car to stall. This clearly means you have a problem.

If the car starts sluggishly but the outside temperature is not very low, then extreme cold is not a factor and the problem lies in your battery terminal. The problem arises because your battery is not supplying enough electrical power to turn your engine.

As much as not being able to start your car is the first obvious sign of electrical power loss, there are other ways. For instance, your car lights can flicker or fade. Also, the navigation system or audio slows down, and the dashboard grows dim. In normal circumstances, when all electrical systems are working properly, the headlights should shine brightly and other electrical systems like the navigation, dashboard, and audio systems should work smoothly. So, an electrical problem is a sign of trouble with the battery terminal.

Generally, you experience electrical issues with any electrically supplied interface as they may stop working completely or show problems. These problems happen when you have a severely corroded terminal or the terminal is damaged. The terminal cannot make electrical contact, causing a loss of electrical power.

Corrosion on the battery

The most visible bad battery symptom is corrosion. Corrosion happens because the terminals are in direct contact with your car battery and exposed to acidic fumes from your battery acid. Corrosion affects the ability of your battery terminal to conduct power and can completely block the flow of electricity.

How to Diagnose the Bad Battery Terminals

First, identify the signs that your battery terminal is bad from the symptoms mentioned earlier. Afterward, you can test the terminal and diagnose the problem. The first test is trying to start your car, does it cannot start completely or starts sluggishly? A normal car should start immediately after you turn on the car keys or push the start button. If none of that happens or it starts sluggishly, you have an underlying problem that needs checking. 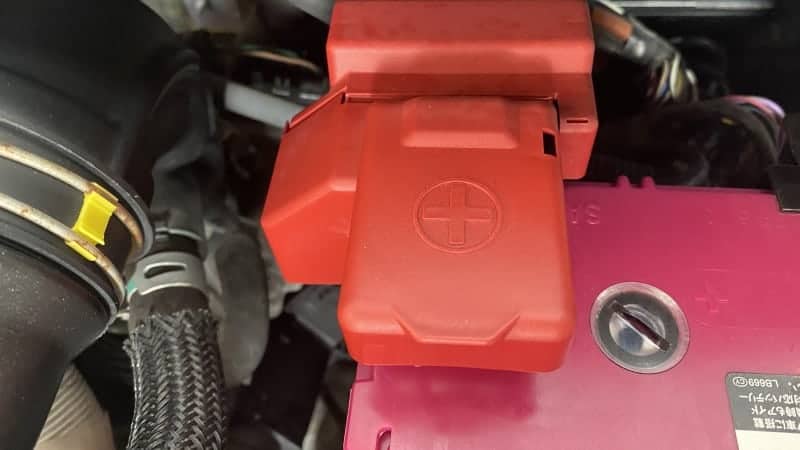 The test is scientifically imperfect, but it easily tests the working of your battery. Start by turning on your headlights for ten minutes when the car is not running. Start your car and run on the headlights. If the headlights are dimming or flicking during both cases, then there is not enough electrical power flowing to the headlights. This means you may have a battery problem or a bad battery terminal.

Severe corrosion is shown by heavy white or blue powdery substance deposits on the terminals. When the battery terminal is heavily corroded, there will be no electricity flowing to your vehicle’s electrical systems, which means the car can’t start completely. You get no snuggling or cranking noise and the car lights, dashboard, navigation system, and other electrical components have no power at all.

How to Replace Battery Terminals

Knowing how to replace battery terminals is useful because the battery cables or terminals can be loose, which are issues that need correcting. Corrosion is a common problem in a bad battery or alternator and reduces output by 30% stressing the charging system and causing early electrical system failures.

Corrosion brings about extra resistance, resulting in slower starting or cranking. Also, it causes the starter motor inactive. The only remedy is to replace the corroded terminals.

Pull the battery cable out

Pull the battery cable from the battery, starting with the negative terminal. Also, it ensures you avoid shocks. Remove the positive terminal next and lay both cables apart to prevent electrical shocks.

Most battery cables have a basic clamp design. Look closely to know the terminal type you are dealing with. Remember, the new battery terminals should have the same features as a tinned copper material and give you a 360-degree compression on the terminal. Quality clamps give you an adequate connection between the power source and the battery terminal.

New terminals won’t work well if the battery post is corroded. Clean battery corrosion with a mixture of baking soda and water solution. Wear eye protection and gloves. Use a toothbrush to apply your solution to the battery terminal. Use a wire brush to scrub clean the terminals. If the battery is old and scrubbing does nothing, then you need a new battery.

Cut and strip the cable wires

Once the battery post and terminal are clean, refocus your attention on the cable wires and your new terminals. Use the right tools to cut the old battery terminal off the cable using a wire cutter and a hacksaw. This is a vital part that needs a strong connection with both the new terminal and your vehicle’s electrical system. Pull back 1/2” of insulation from each cable with a wire stripping tool.

Be diligent when cleaning the wires

After removing the insulation and discovering further corrosion underneath, clean off the visible corrosion using a baking soda-water mixture, a toothbrush. Remove the corrosion using a rag and ensure it doesn’t drift to any exposed metal on your wires or battery.

Ensure you connect the cable to the terminal like it was originally. Quality batteries don’t respond to cable misalignment, and a cable or wiring mishap can drain the batteries or not transmit electricity at all.

Connect and heat-shrink the assembly

After connecting the cable and terminals, slide the tubing over the connection. Inspect to ensure there is no visible or exposed wiring. If part of the wiring is exposed, then you need longer tubing. Wiring with no insulation is prone to arcing electricity. Use your heat gun to shrink the tubing on the connection after positioning it properly. Add dielectric grease to insulate the connection from moisture and prevents corrosion of the electrical connection. The grease is non-conductive and seals out moisture protecting your electrical connectors.

Reattach your clamps on the battery and start the car to see if the vehicle will start. The car should start with no hesitation. If there is still a problem, turn off the car and recheck your connections, especially the battery terminals.

The tools you need for the job include:

Q: What Happens If Your Battery Terminals Are Loose?

Q: Can a Loose Battery Terminal Cause a Car to Stall?

Q: Do Battery Terminals Need to Be Tight?

Yes. It’s the only way to get good electricity flow across. Tighten the terminal in a way that you can’t twist the connection or move around it. Tightening it restores power functionality to your vehicle’s electrical system and you enjoy a smooth performance.

Q: What Happens If You Put the Positive Cable on the Negative Battery Post?

It can damage your vehicle’s electrical components. The result is disastrous, you can fry your electrical system and cause permanent damage to your 12-volt battery. Also, you can suffer a serious personal injury. Your fuse may blow and the reserve of battery cables creates an electrical current surge that causes irreparable damage. Reversing the cables leads to a drastic increase in electrical current which can melt the cable or catch fire. Reversing the cables creates sparks that ignite the flammable hydrogen gas produced causing an explosion.

Q: How Much Does It Cost to Replace Battery Terminals?

Q: How long does it take to replace battery terminals?

Replacing a battery terminal takes an hour at most. The process is tedious and requires attention, which means it can’t be rushed. Replacing the terminal covers inspecting the battery cable, cutting, and other processes which all consume time.

A faulty battery terminal affects your vehicle’s performance directly. Electrical power flows from the battery to power your starting and electrical systems via the battery cable. If the terminal is bad, you have less power flowing, which is insufficient to start the car or power your electrical components.

Knowing the bad battery terminal symptoms helps you detect the starting problem early and correct it appropriately. Always take the vehicle for regular maintenance service to prevent issues like corrosion, which affects the performance of your vehicle. Replace bad battery terminals to improve your driving experience and ensure you are not inconvenienced.