There are many sensors in every automotive engine used for regulating things like temperature, emissions, and ignition timing. One of these sensors is known as the ‘Knock sensor.’ The term Knock can be ascribed to detonation, pinging, spark knock, or pinking. The knock sensors are usually located on the intake manifold, head cylinder, or engine block. It is a listening device that enables your car computer to detect noise and vibrations caused by engine knock.

If your engine longevity is important to you, you want to listen to vibrations and knocking happening inside your engine. Hence, you should be able to identify symptoms of a bad knock sensor.

Symptoms of a bad knock sensor

A lousy knock sensor can cause severe engine damage if not detected and replace on time. So, if you notice any of the following signs, you want to seek professional advice. 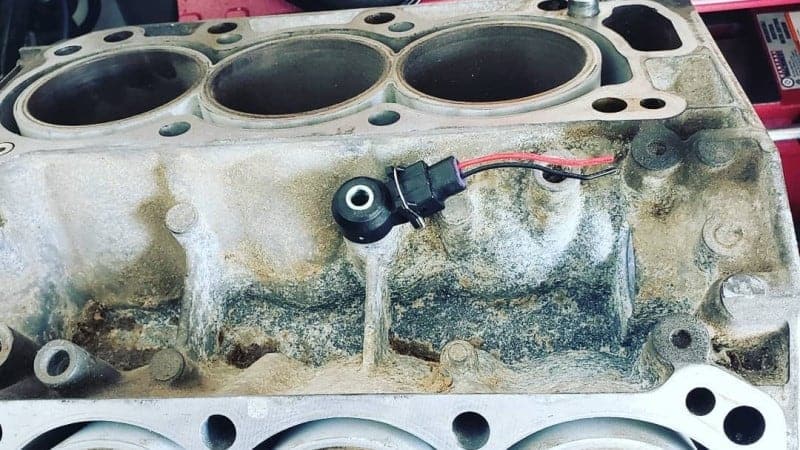 Other reasons why the engine warning light may display on your dash depend on the fault your vehicle engine is encountering. One of these reasons is a bad O2 sensor, which monitors the amount of unburnt 02 in the exhaust system, regulates the fuel-air mixture that enters the cylinder walls, and reports data to the car computer. Another reason this light might come up beside the lousy 02 sensor and faulty knock sensor is a loose gas cap, which helps prevent fumes from escaping.

In addition to these causes, a clogged catalyst converter in your exhaust system turns carbon monoxide into carbon dioxide and can be the reason behind the warning light. The engine warning light is generally the first visual and noticeable symptom of a bad knock sensor Honda Accord or any other car make and model. In all, a lousy knock sensor can damage your entire engine if ignored.

Loud Sound: When the knock sensor starts malfunctioning and eventually goes wholly bad, you will hear a bad knock sensor sound. What sound does a bad knock sensor give? A lousy knock sensor will deploy a loud thumping sound in your engine. The longer you drive without solving the cause of the sound, the louder the sound becomes. These sounds occur within the cylinder walls due to the timing of the ignition of the air-fuel mixture.

Poor Acceleration: If the knock sensor goes faulty, it’ll no longer aid the ECU resulting in low engine performance. Therefore, the car will suffer from poor acceleration. Because the Pressure generated in the combustion chamber is just a part of an engine capacity, the torque is lower, and your car will have acceleration issues. Poor acceleration is a common symptom of bad knock sensor Hyundai.

Reduced Engine Performance: The most noticeable symptoms of bad knock sensor Ford that you will notice might be when your internal engine components damage or break down over time. If you have seen the symptoms of bad knock sensor 5.3 and ignore it, shortly, you will start experiencing poor acceleration, misfiring, jerking, and drags.  In some cases, you might begin perceiving a burning smell. The smell may be strong enough that both the passengers and driver will notice it. If you continue driving your vehicle in the state, you might damage your entire engine, and you’ll need to replace it.

The engine of a car is one of the most expensive parts you can find in any vehicle regardless of the make, model, and vehicle year. Replacing an engine sometimes can be higher than the vehicle’s overall worth. On average, the cost of a new engine would be $2,000 – $4,000 for a four-cylinder engine. The price can go above $4,000 if your car has a V-type engine. The actual price solely depends on the car make, model, year, and the dealership you want to get the engine. 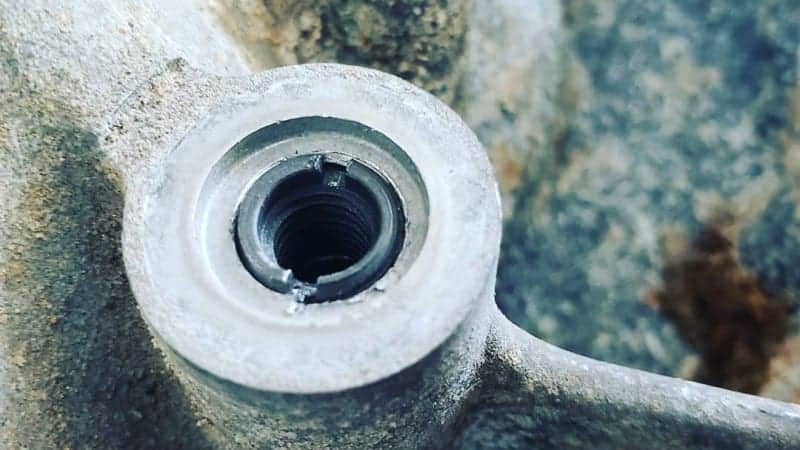 Q: Can a bad knock sensor cause knock?

Yes, a bad knock sensor can cause severe knocking on your engine. A few days ago, I diagnosed a Lexus LX570 model and got faulty code P0325. Before the diagnosis, the car idles quietly, and if I engage the gears, the car will give a heavy knocking. The knocking was much that I thought something more serious is wrong. When I replace the knock sensor, the noise stops instantly.

Q: Is it easy to replace a knock sensor?

Q: What happens if I don’t replace my knock sensor?

A knock sensor is there on your engine to detect engine noise caused by pre-ignition. This is to enable your car computer to advance the ignition timing without allowing the engine to ping. This will give you optimum operating engine power and fuel mileage. If the knock starts malfunctioning, the engine could begin igniting, and the car computer might not detect it. The pinging can cause severe issues like blowing holes in the Piston or even cause the combustion process to burn. If a knock sensor goes completely bad, you’ll experience loss of fuel mileage, hesitation, and reduced power.

Q: What does a knock sensor do?

The knock sensor detects pre-ignition and detonation happening inside the engine block. Though, you can easily hear full-blown knocking and pinging with the help of a knock sensor.

Q: How do you install a knock sensor?

Issues with your knock sensor not be ignored because continuous pre-ignition can bow holes in the Piston and eventually destroy the pistons and the entire engine. If you have done any minor or major work on your car successfully, you can install a knock sensor by just

If you can’t locate the knock sensor on your car, you might want to contact a professional mechanic. Some sensors require taking off many other components before you can get to them.

Q: How much does it cost to replace a knock sensor?

The cost of replacing a knock solely depends on a few things. Your car makes, model, year, and the dealership you want to take your vehicle to. However, the average cost of replacing your knock sensor should be between $130 to $700. The range is this big because some cars utilize one knock sensor, some two sensors, and a few other four sensors. The average price of a knock sensor $40 – $50, while the service fees range from $90 – $300.

What Are the Symptoms of a Bad Knock Sensor? YouTube

Getting to this point means that you must have known what causes a knock sensor to go bad and the symptoms of a bad knock sensor. So, Once you notice any of these faults, not just one of these symptoms, but two or three at once, you should seek professional advice to avoid unnecessary damage to your entire engine.