Ever considered the difference between torque vs. horsepower? Or do you assume both operations to be the same in a vehicle? Well, some vehicle enthusiasts argue for or against these operations, believing that one is more important than the other.

However, it is fundamental to know that every component or operation in a vehicle is important, irrespective of whether they are obvious or not. The same is true for the torque and horsepower outputs.

Now, let’s consider the meaning, differences, and operations of both torque and horsepower output levels in a vehicle. 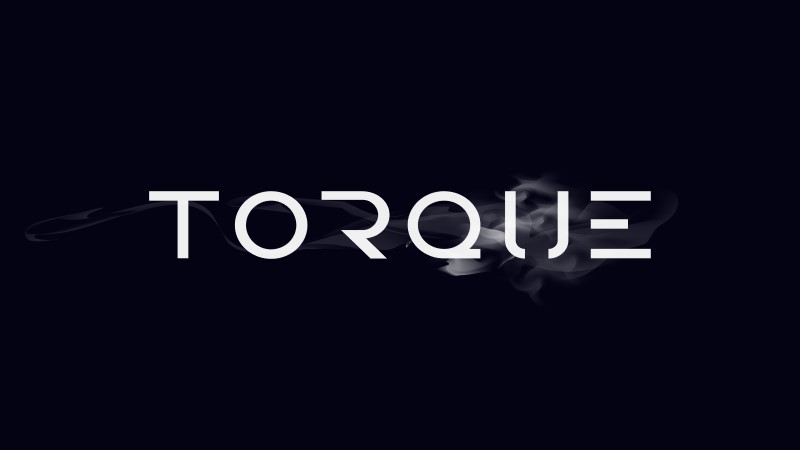 Torque is present in virtually everything about our everyday life, from the opening and closing of a doorknob to riding a bicycle, operating a wrench, etc. It measures the degree of force that causes an object to rotate about a particular axis.

This operation is very critical to a vehicle’s acceleration. The torque level determines the engine’s ability to handle loads and move swiftly. Different vehicles are manufactured with various torque output levels, which in most cases align with the purpose of the vehicle. Torque is either expressed in Newton-meters (Nm) or pound-feet (lb-ft). 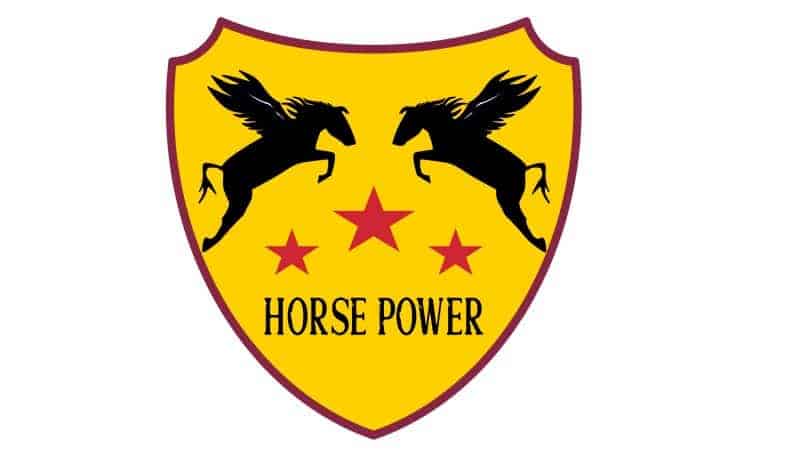 Horsepower (HP) is the degree of power output a vehicle’s engine can generate. It is computed based on the power required to move a weight of 550 pounds by one foot within a second.

Furthermore, it is technically the amount of power required to move a weight of about 33,000 pounds by one foot within a minute.

Horsepower is very crucial to acceleration and speed in a car. In fact, the more horsepower, the faster the car. Vehicles with greater horsepower perform relatively better than those with low horsepower.

Of course, your speed level cannot exceed your engine power output level, which is a function of the horsepower level. Therefore, if you desire a greater speed level, you may want to improve some of your vehicle’s components or add some kits, especially the cold air intake system.

On the other hand, horsepower is responsible for releasing a vehicle’s engine power for quicker acceleration and speed. Of course, a high horsepower level equals increased engine power output for high speed and engine efficiency. 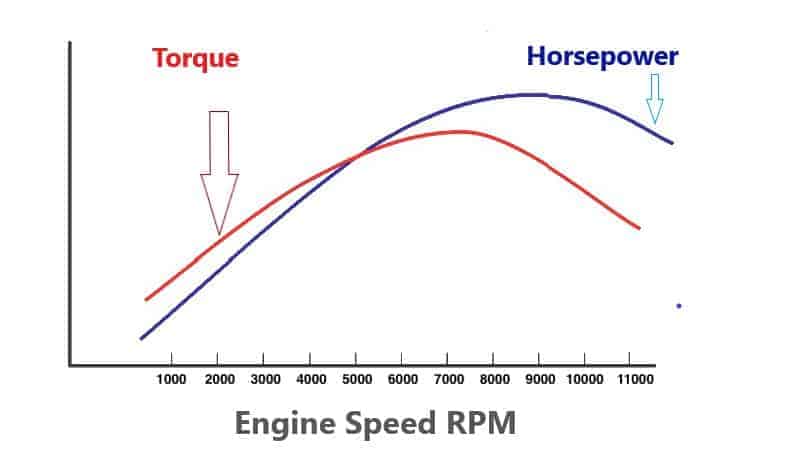 Motorcycles don’t necessarily need to go fast at high speed. Also, they do not require so much pulling power because they are not designed for towing loads.

If you’re contemplating torque vs. horsepower in a motorcycle, the ideal horsepower level for a motorcycle is about 15 to 200 HP, while the ideal torque ranges between 10 and 175 foot-pounds.

Inasmuch as torque and horsepower are critical operations in vehicles, understanding the purpose of the vehicle will help ascertain what your focus should be. Remember that trucks require more pulling power (torque) while cars need faster movement; however, the case of drag racing is different.

Race competitions are won based on the racers’ ability to accelerate and decelerate properly until the racers reach the finish point, instead of speeding off haphazardly. Therefore, torque is more critical when considering torque vs. horsepower in drag racing.

If you’re into drag racing, you may want to pay more attention to your car’s torque output level rather than just the high horsepower. Balance is more critical for drag racing rather than straight speed.

Q: Is it better to have more torque or horsepower?

If you’re wondering, “What is better to have; torque or horsepower?” It depends on what you’re trying to achieve as you drive. Torque is essential to make a car pull boulder and move swiftly. It ensures a quick acceleration response.

On the flip side, horsepower is essential to make a car go faster. It triggers the engine with more power for speedy acceleration. However, both torque and horsepower are vital for a vehicle to function efficiently.

So, if you need your vehicle to move quickly, engaging more torque would be best; meanwhile, if you desire more engine power for speed, you should consider boosting your vehicle’s horsepower.

If you’re wondering, “Does more torque mean faster acceleration?” Of course, higher torque culminates in faster acceleration. This is because a vehicle’s torque determines the engine power level and the corresponding amount of load it can carry while rotating on its axis.

More load–less power equals sluggish acceleration because of the impact of the load on the vehicle’s engine. So, if this is the case with your vehicle, you may want to consider improving the torque to boost the engine power to measure up to the amount of load it can carry conveniently.

Q: Is torque or horsepower more important for acceleration?

Although torque and horsepower are necessary for acceleration efficiency, horsepower happens to be more important than torque. This is because horsepower helps to generate more engine power for both acceleration and speed.

So, while torque ensures that the engine power measures up with the load it carries for swift acceleration, horsepower helps to generate more power for faster acceleration (high speed).

However, inasmuch as horsepower is essential for acceleration and speed, you can’t ignore having an appropriate torque level.

High torque at low rpm culminates in more horsepower, resulting in a vehicle’s ability to tow loads from a standstill. This capacity is very important for trucks that are used for migrating heavy loads from one place to another.

If your vehicle’s engine is battling to accommodate a certain amount of load, you may have to consider minimizing the amount of load or increasing the vehicle’s torque to measure up with the load it is expected to carry.

Q: Which car has most torque?

Koenigsegg Gemara has the highest torque with a total output of 2581 lb-ft. The car is a 4WD two-door Coupé. It is a luxury car designed with sophisticated features, besides its ranking when considering torque vs. horsepower in cars.

Q: How much torque is good for a car?

A car with the capacity to deliver 400 Nm (295 lb-ft) torque output or more is regarded as having a good torque level. This torque output is an amazing combo with vehicles designed with an automatic gearbox.

However, vehicles with over 500 Nm (369 lb-ft) torque output combined with an automatic transmission can be a better choice. Vehicles with any of these capacities possess more engine power capable of handling heavy loads.

Q: Can a car with less horsepower be faster?

Of course not! A car with less horsepower cannot be faster because the horsepower level determines how fast it accelerates. It’s like engaging a person who’s starving in a race competition. Such a person will not go far in the race.

A car with less horsepower will not deliver maximum driving satisfaction. If you desire swift and speedy acceleration, ensure to boost your vehicle’s horsepower with all the necessary requirements.

A car with high horsepower will eventually boost the engine power output, resulting in faster acceleration.

Q: Which is more important BHP or torque?

BHP determines the extent of acceleration and speed level a car can attain on the road. On the other hand, torque determines the amount of load the car can accommodate and still move swiftly.

A better horsepower level equals better acceleration and speed, while a better torque output level equals better engine power for increased towing capacity. In that case, neither of the two operations is more important than the other in a vehicle. Their roles are different and must be given proper attention.

Q: How does torque affect a car?

Meanwhile, if you have a relatively high torque output, your car’s engine will handle a huge amount of load yet accelerate quickly without any hindrance. So, if you want your car to run smoothly with a good engine capacity, ensure to work on the torque level.

Debating between torque vs. horsepower may not be necessary if you understand the purpose of various vehicles. While some vehicles require more torque, others will do better with a significant horsepower increase.

If you drive a truck, you will need more torque than horsepower because the vehicle’s engine capacity has to measure up with the amount of load it carries. On the flip side, cars need more horsepower. However, most modern cars are manufactured with a balance in both torque and horsepower.