If you have taken your car to your local mechanic or dealership for repair, you may have heard the term “OEM parts” when trying to replace a defective car component. Of course, you may have also heard about aftermarket parts. But what does OEM stands for, anyway?

This article will explain the meaning of OEM and also outline some OEM automotive examples. We’ll also explain the differences between OEM and aftermarket parts to clarify misconceptions about these terms.

We’ll also examine brands like Tesla, Apple, and Bosch to see if their products are OEM or aftermarket parts. 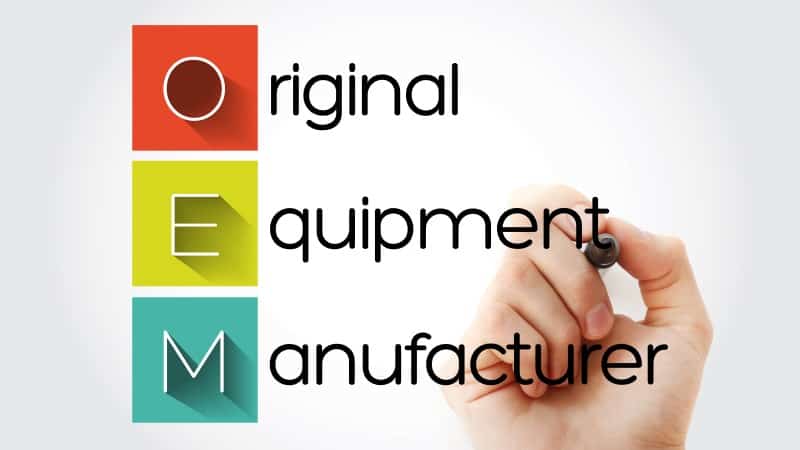 What Does OEM Stand For?

Car OEM parts are usually sold by car dealers, part producers, or car manufacturers. These products are hardly seen in the market to prevent other producers from bringing in fake parts. You can also see them in the markets, but you should beware of them. Most OEM parts on the market shelves are fake.

What is the difference between OEM parts & aftermarket parts?

The car manufacturers usually certify and guarantee the OEM parts that will be compatible with your vehicle. But, on the other hand, your car manufacturer will not certify the aftermarket products for your vehicle even though it is identical to the factory-fitted parts.

There are several aftermarket part producers with wide price ranges, which gives customers enough options to choose from. Unfortunately, this also leads to a confusing experience. But there are likely two OEM producers with fewer options but with quality customer experiences.

However, OEM and aftermarket parts are essential in the automotive industry. OEM parts are recommended products by the car manufacturer or the automakers’ products. This means that OEM parts meet the industry specification.

On the flip side, some aftermarket products meet or even exceed industry standards, while other producers offer inferior parts at cheaper rates.

Here are some OEM examples; Toyota genuine parts, Michelin, BFGoodrich, Firestone, Goodyear, Tesla, Apple, Bosch, etc. Meanwhile, it’s important to note that an OEM part for a specific vehicle may be an aftermarket part for another car.

Read Also: Parts of A Car – A Guide to Car Parts & Functions 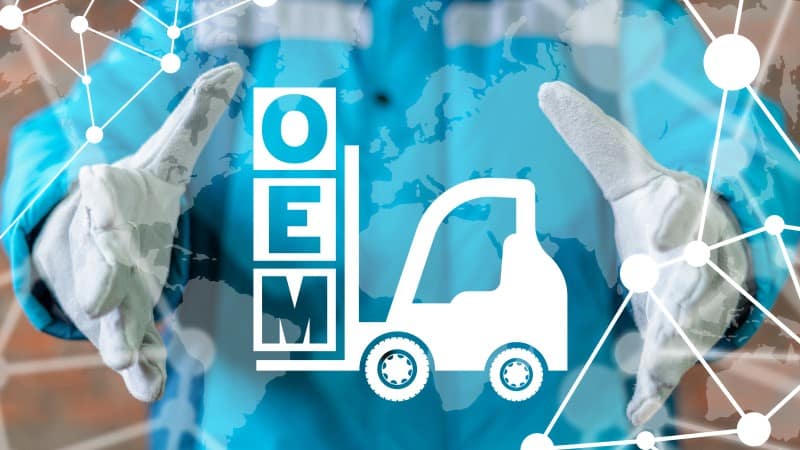 Q: Is OEM the same as the original?

Original equipment manufacturers (OEM) are the original parts built by the company that produces the factory-fitted parts for the car manufacturer. Therefore, OEM parts are the same as the component that comes with your car.

Car manufacturers do not produce all the parts that come with their vehicles. For instance, most car makers do not manufacture car tires. Instead, they only certify, guarantee and use a specific tire on a particular car.

This particular tire is certified and guaranteed as OEM on that vehicle, invariably making it original. Therefore, it is safe to say that OEM is the same as the original. The only difference is that some originals are not certified or guaranteed by the car manufacturer.

Q: What is the difference between ODM and OEM?

As reiterated above, original equipment manufacturers (OEM) are parts produced by another producer and used as a part of a complete product by another manufacturer. For instance, Ford Motors uses Goodyear Wrangler Fortitude HT tires, 256/70R17 115T, on the Ford F150 XL and XLT trims.

ODM, on the other hand, means original design manufacturer. It is referred to a white labelling or private label products. Here, a manufacturer has designed the product, but a customer changes it to its brand name with slight changes to the branding, packaging, or colors.

Q: Is IT safe to buy OEM products?

It is pretty safe and legal to buy OEM products in the IT industry. The original equipment manufacturer produces certified and guaranteed parts for your hardware or software.

Apple is an OEM producer. Apple produces its products, though they outsource some iPhone manufacturing productions from contract electronics producers. However, they outsource the iPhone production to leverage cost to scale.

They also manufacture, install, and maintain energy and solar systems. It also offers end-to-end clean energy products. Tesla produces most of its products, making them OEM producers in the automotive and energy industries.

Bosch is a world-renowned and trusted multi-national equipment manufacturer in the engineering and technology industries from Germany. It is headquartered in Gerlingen, close to Stuttgart, Germany. Bosch, however, is a significant supplier to major automotive industry manufacturers, including Volvo.

Q: What is better, OEM or replica?

OEM products are often produced by the car manufacturer or certified and guaranteed by the automakers. This means that OEMs are original or have the same quality and function as the original, making them a better option than replica products.

OEM Parts vs. Aftermarket Parts – Which one to go for?

By now, you have got all your answers to what OEM stands for in auto parts or what does OEM stand for in general. To avoid repetition and to rephrase in more straightforward language, OEM stands for Original Equipment Manufacturer. An OEM company manufactures parts or systems used in another company’s products. For example, Ford Motor Company is an OEM for many parts used in Honda vehicles.

OEMs are important to the automotive industry because they provide companies with parts and systems they can use in their products. This allows companies to focus on their core competencies and outsource the production of other components.