Windshield wipers are great for safe driving, as the rubber wiper blade moves across the windscreen, taking out dust, moisture, and films of ice. Thus, it ensures that drivers get a clear vision while they drive. Do you find your windshield wipers not returning to rest position? There are a few reasons behind such, and you can get them fixed to make them functional. 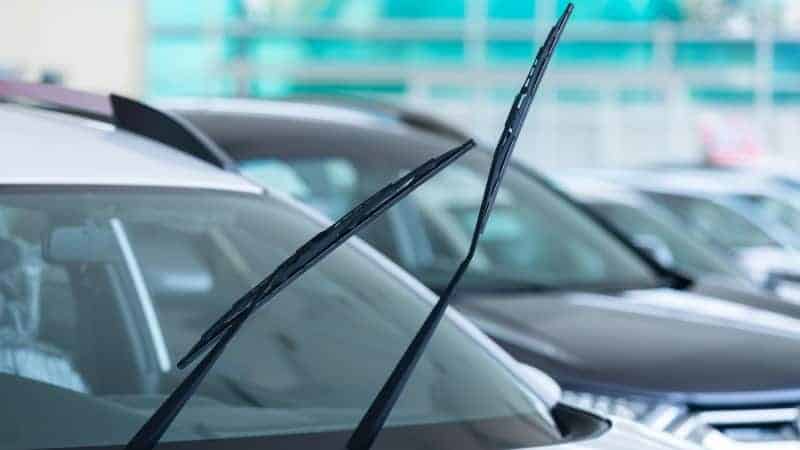 But what if your windshield wipers are stuck in a down position? Without a doubt, this situation may seem pretty challenging. Since the rubber wiper blades don’t move, you can clean the windshield from the outside. Nevertheless, the leading cause of your wiper remaining in a stuck position is the affected wiper transmission.

In essence, when you get the wipers to get running, the wiper transmission should catch on the small metal tab beneath to ensure it gets to its proper position. But, when the wiper transmission doesn’t catch on that little metal tab, you would find your windshield wipers not getting to the rest position. Still, you can follow this windshield wiper troubleshooting guide to get it fixed.

Getting the Car’s Hood Opened

You have to access the vehicle’s hood, and as such, you must pull the latch from the driver’s side and get the hood released. Then, move to the front of your car’s hood and get it opened. Kindly note that the method of keeping the hoods of vehicles varies. Some vehicles need drivers to use a rod to keep the hood in an open position, whereas some modern cars do not require such.

Working on the Plastic area Beneath the Windshield

As you keep working, you would find protruding caps that lie along with the plastic cover. Get them removed and place the bolts in a safe place, as you would need them for the reinstallation. Lift the plastic cover and gain access to the wiper transmission.

Locating and Adjusting the Wiper Transmission

With the windshield wipers stopping in random positions, you have to work on the mechanical part that appears as an oval-shaped plate. This plate comes attached beneath that “arm” that works on moving the windshield wiper. Then, scan through that area to find the metal tab that is out of place. You would find the metal tab on the right side of the transmission’s moving parts.

Once it starts working fine, reinstall the plastic cover alongside the washer fluid tube and wiper arm. Close the car’s hood and get the wipers tested – you should find them resting in the correct position. If you still find the wipers not going back to the rest position after adjusting the windshield wiper park position, it may be an electrical issue. 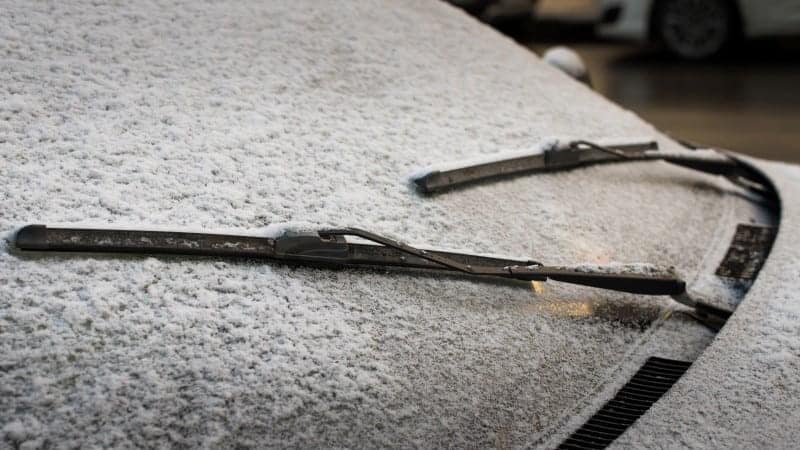 Q: Why do my wiper blades stop in the up position?

When you find your wipers getting stuck in an upright position, you should try to check the metal tab that your car’s wiper transmission needs to catch on. Once the small metal tab gets bent, it stays out of place and causes the wipers to remain stuck at varying positions. Nevertheless, you have to get it fixed to ensure your car’s wipers start functioning right.

Q: How do I get my wiper’s park position to reset?

Incorrect calibration of your windshield’s wiper position would cause the blades to have a wrong orientation, making them stop even in the middle of your windshield. Such action may be attributed to the wipers loosening up after some time or due to stress from clearing ice films or other particles.

If you notice that your wiper motor won’t return to the park, you have to push the windshield’s wiper linkage to the motor. You have to get the hood opened and remove the plastic cover below the windshield to access the wiper blade connection.

Q: How do I fix my windshield wiper alignment?

There are often lines on the windscreen of most cars that tells where the wipers should park. If you find your windshield wipers not resting at that point, there may be a need for a realignment. Start by getting the hood opened and remove the wiper arm at the lower area of the windscreen.

As you unscrew the wiper arm, position it at the right point – the line you find. Then, screw the wiper arm back and test the wiper by turning the knob on and off to see where it lies. Hopefully, the wipers should be in the correct position.

Q: How can I reduce the speed of my wiper motor?

An increased wiper speed can cause some visual fatigue, even though they may come in handy on a rainy day. However, you can quickly reduce the speed, which would help ensure a clear vision and reduce the wipers’ workload.

The speed gets reduced by moving the wiper speed up or down. This knob is present on the wiper’s lever. Remember, the need to change wiper blades depends on frequent use. Hence, a reduced speed would lessen the wear on the rubber blades.

Q: Why are my windshield wipers dragging?

When you find your windshield wipers dragging across the glass, it may be due to the rubber blades’ dryness. In essence, there is not much lubrication that makes them move freely, and applying some water would work right.

Thus, the washer fluid can also help make the windshield wet and cause the wipers to move with much ease. However, you can purchase a suitable lubricant and apply some to the windshield wiper. These lubricants are available in various auto stores. You would need to follow the manufacturer’s instructions to use them on the rubber blade.

The windshield wipers are great for improving drivers’ visualization. They help wipe out moisture from rain, ice films, dirt, and debris. It may seem challenging to keep the windshield clean when the wipers don’t work well as you drive. One tricky situation is finding your windshield wipers not returning to the rest position.

Kindly note that this occurs mainly due to the wipers’ transmission not catching on the small metal tab found underneath it. Thus, there is a need to fix it and get the wipers working fine again. You can follow the details explained in this piece to stop your windshield wipers from stopping halfway.

link to How to Change Wiper Blades? All That You Need to Know

There are various maintenance tasks for vehicles, and a few of them seem pretty easy for car owners to do. One of such tasks is changing your vehicle's wiper blade, and that can give you some sense...

The wiper plays a critical role in ensuring visibility by clearing moisture and dirt from the windscreen. As such, it is a big problem when you have a case of windshield wiper not touching glass. In...