The wiper plays a critical role in ensuring visibility by clearing moisture and dirt from the windscreen. As such, it is a big problem when you have a case of windshield wiper not touching glass. In this case, the wiper does not perform to its best, and you will have dirt and moisture buildup on the windshield.

This issue may also show where the windshield wipers leave a haze. How do you deal with such a problem? The good news is that you are in the right place as we will show you how to deal with wiper problems. Stick on as we go deep to make you understand the issue, how it comes, and how to deal with it.

What Causes Windshield Wiper Not To Touch Glass

When the wiper does not function as expected, several pointers may lead you to the issue at hand. Let us look at some of the underlying problems that may lead to a malfunctioning wiper. 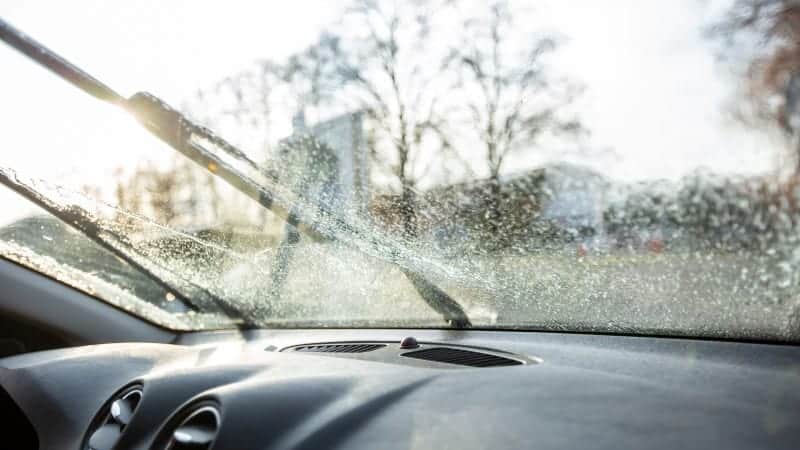 One of the possible issues behind wipers not touching windshield glass is if the wiper rubber wears out. The wiper has a metallic base, which acts as a bracket and holds a rubber strip, which helps in cleaning the windshield. Over time, the rubber will wear out due to prolonged use. The rubber may peel off, which is usually a severe situation. The metal parts may come in contact with the glass and scratch it.

Among the signs of the worn-out wiper, rubbers include the strip falling off. When you pay close attention to the strip, you may notice thinning. If you see such signs, you should immediately make the necessary replacement and repairs. Otherwise, the issue may go out of hand and damage the windshield.

If you notice that the windshield wipers leave haze, it may also point to a problem with the rubbers. In this case, the rubber hardens due to aging and will leave spots in the windshield.

An Issue With The Bolts

A look at the standard windshield wiper troubleshooting guide, you will realize that the bolts are probable culprits if it fails to function correctly. If you tighten the wiper bolts, you may have to deal with the windshield wiper missing the middle part of the glass. The wiper, if fixed tight, will arc in a way that the blade won’t cover the entire windshield plane.

If loosely fixed, the wiper blade will hardly touch the window. When you turn it on, you may notice that the wiper drags or produces clapping sounds.

Another problem that you may be dealing with is a bent wiper arm. In this case, you have to inspect the arms to see if there is any irregularity. A bent arm can lead to the rubber’s fast wear, and it can start scratching your windshield.

When getting a replacement for your wipers, ensure that you go for the right thing. If you pick an incorrect wiper, for example, one that is larger than the one you need, you will see that it will miss some spots. If it is bigger, it will have a bigger curvature, meaning that some parts won’t contact the rubber.

Furthermore, you may have the wrong type of wipers, depending on the weather of your place. If you reside in snowy regions, you need special wipers to beat the snow that accumulates on your windshield. If you go for regular wipers, the snow can accumulate on them. In severe cases, they may fail to move.

Problem With The Battery

At times, you may notice the wiper not moving or moving irregularly. Here, the battery or alternator may be faulty, where it does not have enough power to control the wipers.

How to Fix It

In case you have an issue with your wipers, below are some of the moves to make to regain their functionality. 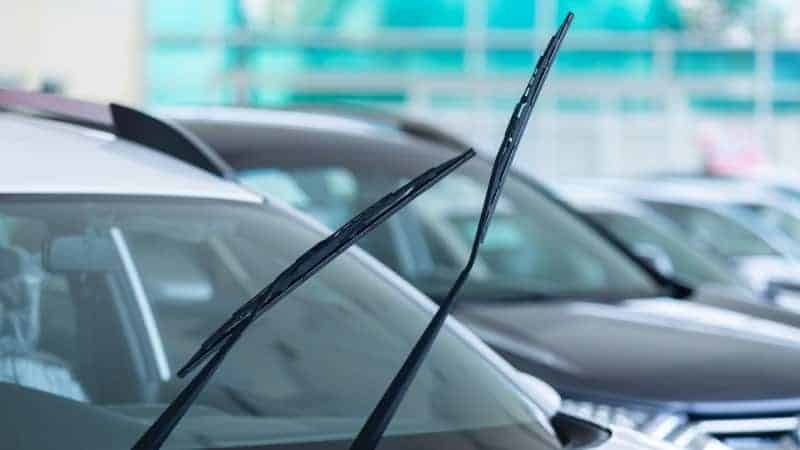 Most of the time, the reasonable solution to fixing wiper issues is through replacement. Replacing the wiper will help you deal with underlying problems like worn-out rubber, improper and bent wipers. When going for a replacement, make sure you get the right size to prevent the recurrence of faulty wipers. For driving in snowy and icy conditions, you should go for special wipers with blades that can withstand the conditions.

If the rubber is coming off, you can remove it using a screwdriver and use wiper blade refills. The refill should meet the OEM standards for the best service. It is advisable to regularly check on and replace your wipers to prevent getting caught unawares.

In case of the wiper arm not having enough pressure, you may have to tighten the wiper bolts to correct it. A pair of pliers will do the work perfectly. Do not fasten the bolt so tight that the wiper arches, as the blade may still fail to touch the windscreen. If you are not sure about this work, you can leave it to experts to avoid causing further damage.

Fixing a bent wiper arm is simple, requiring you to slightly bend it in the opposite direction. You have to be very careful as too much pressure when turning may cause it to break. In case of any faults or breakages on the arm metal, the only viable option is a replacement. Also, pay attention to the springs on the windshield wiper assembly. The spring contributes to the pressure on the window due to its elasticity.

Check On Your Battery And Its Connections

As earlier mentioned, battery issues could the cause of the wiper not touching glass. This is due to the low or no power to the wipers; hence, the wipers do not move. Inspect the battery and see if there is any problem that you can solve. Repair broken connection, if any, with liquid electrical tape to hold it for a long time.

The windshield wiper is an essential part of the car when it comes to visibility. It helps clear dirt and moisture from the windshield. Wiper problems are common, but you have to be ahead of them to prevent compromising your driving visibility. In this article, we look at the situation where the wiper does not touch the glass. Look at the underlying fault and sort it out immediately for a smooth driving experience.