A vehicle’s speed sensor is a very sensitive component that interacts with the computer systems in a car to regulate the vehicle’s speed. The component also affects other areas, such as fuel consumption and how well a car idles.

A defective speed sensor will necessarily impact all the areas it interacts with and cause them to malfunction because of the failure to send the right signals. This can be very risky for a car owner. The failure of most car sensors, like the speed sensor, usually alters the car’s safety.

So, ensure to understand the bad speed sensor symptoms that will be revealed in this article and how to fix the problems when they surface.

How Does Speed Sensor Work and Its Location 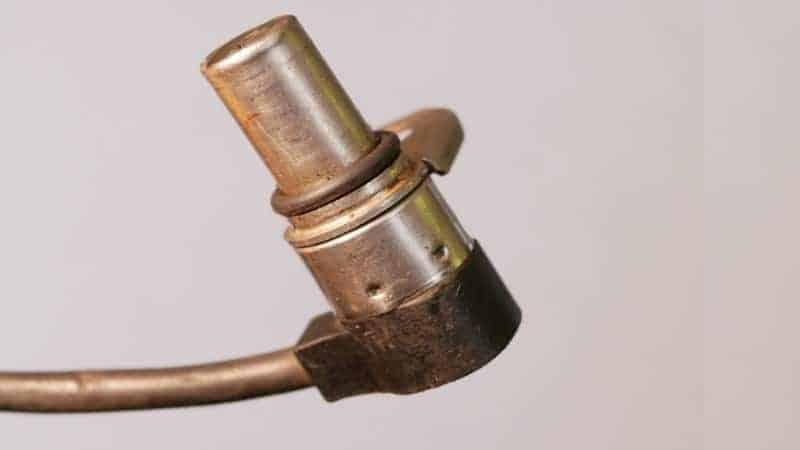 The vehicle speed sensor is designed to measure the transmission system’s gear rotational speed. After ascertaining the measurement, the data is converted into an analog or a low voltage square wave signal.

When a vehicle’s speed sensor is faulty, it begins to reveal some irregular symptoms that draw the car owner’s attention.

However, it will be difficult to fix the problems without understanding the message communicated by these symptoms. Some common symptoms revealed by a bad speed sensor include the following. 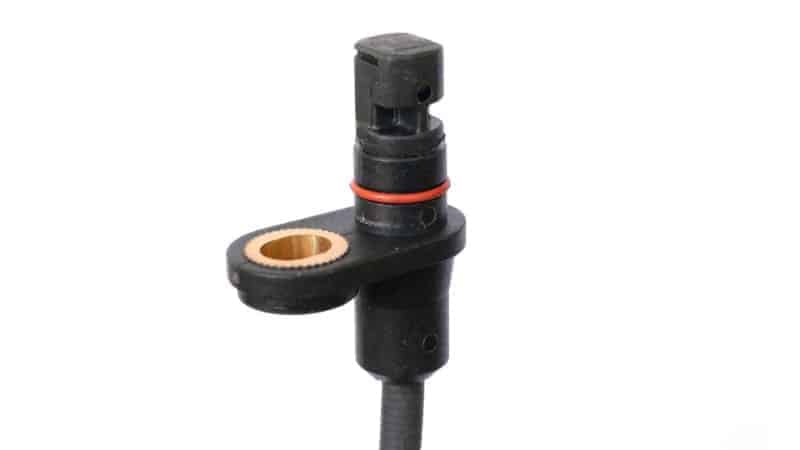 If you discover a consistent display of the Check Engine light, traction control light, and the ABS warning light on your car’s dashboard, ensure to find out what could be wrong. An OBDII Scanner can help assist in the diagnosis process.

Therefore, if you discover that your car’s cruise control is failing to engage while you’re driving, it may be as a result of a bad wheel speed sensor.

Most modern vehicles use the wheel speed sensor as a major input for the vehicle’s speedometer system’s operation. In that case, when the speed sensor goes bad, it automatically affects the proper functioning of the speedometer.

So, a vehicle’s speedometer will constantly display a false or random reading until the faulty wheel speed sensor is rectified. Ensure to fix this problem as soon as you notice it because it can be very risky.

The transmission is liable to exhibit signs like hard shifting, delayed shifting, and limited gear shifting operations due to a defective wheel speed sensor.

The inability for transmission torque converter to apply the clutch

Another sign that reveals that a vehicle speed sensor is bad is the transmission’s inability to apply the clutch. When this happens, there is no link established between the car’s engine and the transmission system.

This issue can also trigger transmission overheating, increased fuel consumption, and slippage. If you experience any of these challenges, it is most likely that your car’s wheel speed sensor is bad and needs to be fixed.

Once you start experiencing the symptoms of a bad speed sensor, as unveiled above, it is important to take out time to diagnose your car to find out if the speed sensor is really the problem.

A multimeter can help make the diagnosis simple. For those who are asking how to test transmission speed sensors, this procedure will also be helpful.

First and foremost, identify a level-plain surface and park the car. This plain surface will make it easy to access the speed sensor quickly.

Then, turn off the vehicle and every other component that link up with the battery, such as the lights. After that, you may want to remove the key from the car’s ignition point.

Open the vehicle’s hood and locate the wheel speed sensor near the transmission. Kindly identify the transmission’s dipstick and follow it through to access the metal sensor, which is connected with two wires (black and white) to the transmission and held by a metal bracket.

However, some vehicle speed sensor locations may differ from others; hence, the need to check your vehicle’s manufacturer’s manual to be sure.

Unplug the wires and remove the sensor.

Also, ensure to find out whether there are screws or bolts that you need to loosen before getting the sensor out. After that, wiggle or slide the sensor off its position to get it out carefully. Avoiding forcing it out so that it doesn’t get damaged.

Connect the wires to the multimeter

Connect the black lead to the black terminal and the white lead to the red terminal. Then, push the leads gently into the slots and ensure that they click perfectly into place. Then set the multimeter to alternating current or AC by regulating the dial.

Plug the sensor into the vehicle

There is a set of black and white wires that enables the sensor to be plugged into the vehicle. This wire can be gotten from an auto accessories shop. The wire consists of white signal output and a black ground wire. Get them securely plugged into the sensor.

Fasten the black lead to the exposed wire

Connect a drill bit to test the speed sensor

Get the drill bit connected to a power drill and fix it gently not to fall off. Then, spin the speed sensor with the drill. Start spinning slowly and increase the speed until it gets an accurate reading.

When you start spinning the speed sensor with the drill, check if the number in the multimeter increases in the same proportion as the speed; if it does, the sensor is okay. But if it doesn’t increase with speed or fails to display any voltage, then the sensor is bad.

If you have a bad wheel speed sensor, it would be best to opt for a replacement as soon as possible. Ensure to buy the one that suits your vehicle’s specifications.

Q: Can you drive with a bad speed sensor?

Driving without a speed sensor or with a bad speed sensor can be a big risk. The speed sensor’s role is very essential to the safety of a driver. The sensor helps determine the vehicle’s speed to know when necessary to apply the brakes.

So, driving with a faulty speed sensor will not allow the computer to determine the necessary speed level to increase the engine power or apply the brakes. This may lead to a fatal accident because the safety system is defective.

If you are wondering, “How long can you drive a car without speed sensor?” This shouldn’t be something to consider. Immediate replacement is advisable if you find out that your car’s speed sensor is bad.

A bad wheel speed sensor can affect several areas of a vehicle and reveal its symptoms in different ways. Besides symptoms like the display of the ABS warning light, traction control problems, etc., a bad speed sensor may also result in a noise coming from the vehicle’s wheel.

Once any of the symptoms that reveal a bad wheel speed sensor is noted, ensure to rectify the problem as soon as possible. It is better to solve a problem at the initial stage than to solve it when it is more complicated.

Q: Can a bad wheel speed sensor cause brake problems?

Of course, a bad wheel speed sensor can result in brake issues. However, the problem does not usually span across to the regular brake system in the vehicle. The problem often affects the anti-lock brakes.

A defective wheel speed sensor will affect a car’s anti-lock brakes and make it malfunction. Once this occurs, the ABS warning light will be triggered immediately to display on the car’s dashboard.

Q: Can a bad wheel speed sensor cause limp mode?

This consistent malfunctioning can result in limp mode. Limp mode is triggered when a car’s computerized systems automatically detect a crucial engine or transmission fault, thereby hibernating some of the important components in the vehicle.

So, when a car’s wheel speed sensor goes bad, it can move the car into limp mode because it is a critical sensor among the components of the vehicle.

Q: Can a bad wheel speed sensor cause rough idle?

A faulty speed sensor will send wrong signals to a vehicle’s computerized systems, which affects the function of other areas of the car.

The wrong signals sent from the speed sensor area to the vehicle’s fuel system can also cause other engine issues like reduced acceleration and so on.

Therefore, if you discover that your vehicle’s wheel speed sensor is faulty, ensure to replace it immediately because the after-effect can be ugly.

Yes, the wheel speed sensor is a very sensitive sensor, and its malfunction can cause reduced engine power.

The sensor is also designed to enhance transmission shifting while the engine is running. Meanwhile, when the sensor becomes faulty, it will fail to communicate with the vehicle’s computer system to regulate the engine’s revving.

When this happens, the vehicle will not only go into limp mode; it will release the reduced engine power light because the systems are linked together.

If you are also asking, “Can a bad speed sensor cause stalling?” This may not be a direct effect; however, the impact of a faulty speed sensor can further lead to stalling because it affects the engine.

Q: How much does it cost to replace the wheel speed sensor?

The estimated cost of replacing a bad wheel speed sensor varies from $125 to $265. While the labor cost of fixing the part is around $69 to $87, as the case may be. However, the cost of the component varies from one location or auto part dealer to another.

Bad speed sensor symptoms are easy to identify if you follow the areas pointed out in this article. If you ever experience these symptoms unveiled above, ensure to act immediately to rectify the issue as soon as possible.

If there is a need to replace the bad speed sensor, ensure to do so. Failure to replace the part may lead to further damages that can be beyond easy control.