Do you know that fuses don’t have a specifically guaranteed lifespan among several components in a car? Of course, they can sometimes last for months and sometimes for years. However, they can burn when you least expect it.

So, what does a blown 50 amp fuse look like? Does that sound like your contemplation? Fortunately, a blown fuse has a couple of manifestations that can help you detect one.

Here, the crucial pieces of information are put together to help you identify what a blown 50 amp fuse actually looks like. You may have to put aside every other distraction so that you can digest the following sections properly. 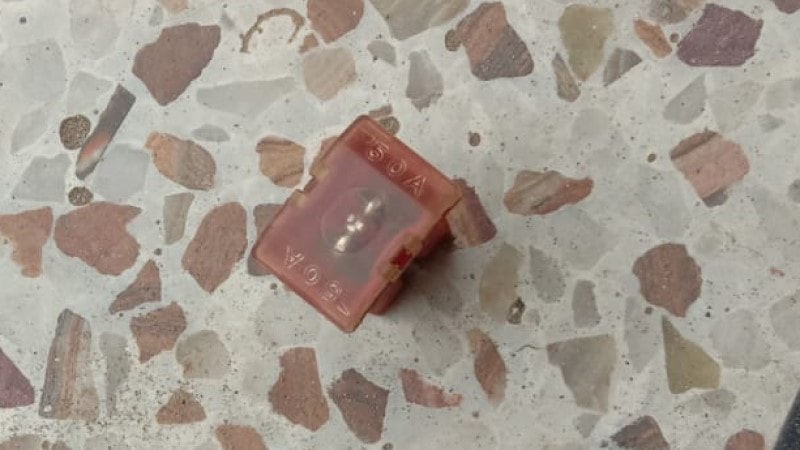 The fuse is designed to stand as a bridge between the current from the battery and the electrical components it powers. It intervenes by melting or burning when the power from the battery exceeds 50 amp, which it cannot accommodate.

The intervention of the 50 amp fuse is to ensure that the excess voltage does not damage the component it was assigned to protect. However, it’s important to note that an excessive voltage will not blow the fuse unless the component draws excessive current. This is a major role that several fuses play in protecting various electrical components in your car from unexpected damages.

Fuses are also used in other electrical appliances for the same purpose; hence, this component has a wide range of usage beyond the automotive industry. This time, our focus is on the 50 amp fuse in your car.

A 50 amp fuse has the capacity to feed multiple circuits in a car simultaneously. It is typically labeled “B+” connoting battery positive. Any electrical component that utilizes up to 50 amp is surely powered by a 50 amp fuse.

A car with an idling engine (with no accessories or lights on) utilizes between 35 and 50 amp. This is also powered by a 50 amp fuse.

However, when a component draws beyond the necessary amount of voltage, it will burn the fuse and create an open circuit instead of crossing over to damage the electrical component. So, you may want to find out how to test a 50 amp fuse in order to ascertain whether you have a bad or working fuse. 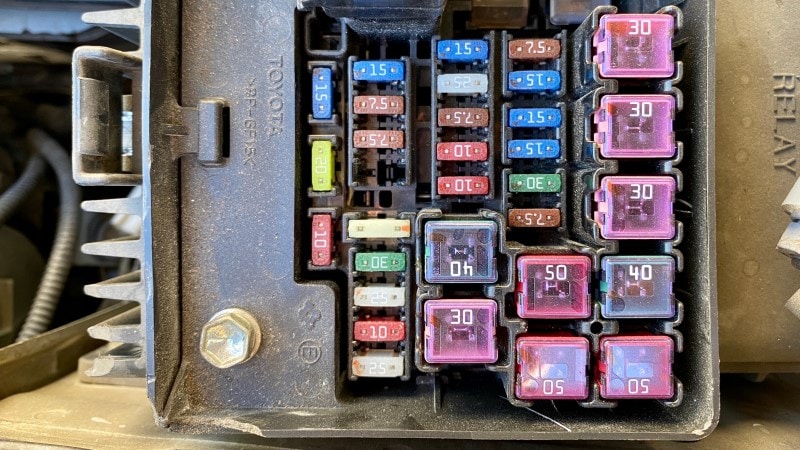 Testing a 50 amp fuse before opting for a replacement is necessary; otherwise, you may as well waste your hard-earned money replacing a working fuse due to a slight malfunction. So, follow the procedure below to test a 50 amp fuse.

Get a working multimeter

Firstly, you need a working multimeter to enable you to test your car’s 50 amp fuse. So, ensure to get one from a friend or buy a personal multimeter at an auto accessories shop.

After that, turn on the multimeter and touch the black probe against the red probe to get a specific reading.

Once the device displays a particular reading (say 1 ohm), ensure to note it because you will need this result to ascertain whether the multimeter is working or not.

Connect the probes to the fuse

Now, connect the black and red probes from the multimeter to the ports at the back of the fuse. Ensure that you properly connect the probes to get the result once and for all.

Verify the reading on the multimeter

Once you’re done connecting the probes to the fuse ports, verify if the reading aligns with the initial reading on the multimeter.

For instance, if you had an outcome of 1 ohm and the fuse is also reading 1 ohm on the multimeter, you have a working 50 amp fuse. However, if you have 0 ohms instead of 1 ohm, then the fuse is bad.

A blown 50 amp fuse appears with a broken (melted/burnt) metal alloy strip that connects one of its copper conductors to the other, which enables the component to connect properly with the fuse ports.

The fuse may also appear with slightly dark spots around the copper conductor that protrudes from the fuse cartridge. If you’re asking, “What does a blown 30 amp fuse look like?” The symptoms are similar.

In any case, if you discover that the metal alloy strip within any of your car’s 50 amp fuse is broken, you have a blown fuse. Also, if you see dark spots on the clean copper conductor that fits into the fuse ports, it also reveals a burnt fuse.

However, sometimes you may be wondering, “Is the fuse burnt but not blown?” In order to confirm this, ensure to test the fuse whenever you’re not sure it is burnt or not. You can either use a test light or a multimeter to test the 50 amp fuse to ascertain whether it’s bad or not.

What Happens When a 50 Amp Fuse Blows?

When a 50 amp fuse blows, the metal alloy strip that connects one end of the fuse to the other will be broken (burn), thereby creating an open circuit between the source of the voltage and the electrical component that it powers.

The broken connection will automatically cause the electrical component to losing contact with the voltage that powers it from the battery through the connection cable and the 50 amp fuse. So, if the fuse connects to the car’s horn, it will stop functioning due to the burnt fuse.

Also, sometimes a blown 50 amp fuse can have a black spot around the edge of the metal part that protrudes from the cartridge. In any case, a burnt fuse can no longer function. Therefore, you will have to replace it immediately to get the component working again.

If you’re wondering, “What does a blown house fuse look like?” It also appears with a melted metal or copper that is used to establish a connection between the conductors at both ends of the fuse.

How to Change Blown 50 Amp Fuse

Once you confirm that you have a blown fuse, replace the fuse immediately. Replacing the fuse is pretty easy.

However, this procedure will guide you against making any slight mistake that can hinder the entire process. Now, let’s get into the fuse replacement process.

First things first, get a brand new 50 amp fuse to replace the old one. So, you may want to check out the auto accessories shop in your neighborhood or order the component online via Amazon or any other e-commerce platform. It should cost around $1.30. In any case, I recommend you buy it at your local store. The shipping fee is usually costlier than a few packs of fuses.

Identify the fuse & relay box under the hood

Once you have the new fuse for the replacement, get under the car’s hood to identify the blown fuse within the fuse box. Now, get into the car and stretch your hand underneath the dashboard on the driver’s side. Thus, you will find a latch that opens the hood. Pull it up to open the hood.

After that, get in front of the car and open the hood properly. Then, hook it in place to allow you to perform the task. Now is time to identify the blown 50 amp fuse. Look for a black box with the inscription “fuse & relay box.” Meanwhile, ensure to disconnect the car’s battery properly.

Open the box and identify the blown 50 amp fuse

Usually, you will find around 3 cartridge-style fuses and blade-style fuses of 50 amp each. Take your time to identify the bad fuse among them.

Get the blown fuse out

Pull out the blown fuse with your hands if you can. In case the component is hard, kindly get pliers to do the job.

However, ensure to pull it straight either when using your hands directly or the pliers. Avoid wiggling the 50 amp fuse in the process of removing it so that you don’t destroy the ports.

Check to confirm the state of the fuse

Ensure to inspect or test in order to confirm that you pulled out exactly the blown fuse. Besides using a multimeter to test the fuse, you may be wondering how to tell if a fuse is blown without a multimeter.

Not to worry, simply pull out the fuse and look through the cartridge for a metal alloy strip that connects from one end to another. When you see this connection broken anywhere within the fuse cartridge, you have a blown fuse.

However, the metal alloy strip may be broken in a hidden place where you may not be able to see it easily. In this case, use a multimeter to test for the blown 50 amp fuse.

Now that you know the blown 50 amp fuse after taking it out, go on and install the new fuse carefully. Meanwhile, do not fix a new fuse when you have debris on the spot where the old fuse sat. So, do well to clean the fuse ports properly before fixing the new one.

Once you clean it up, insert the replacement fuse into the ports and push it down to sit properly. Then, close the fuse & relay box. Ensure to press it down until the cover clicks.

A blown fuse can sometimes be tricky to identify. While you may be able to spot it through a visual inspection, sometimes it may require using a test light or a multimeter to verify.

In any case, if you’re asking, “What does a blown 50 amp fuse look like?” It basically appears with a broken metal alloy strip inside the fuse cartridge or burnt spots around the copper conductor.

So, if any electrical component in your car is malfunctioning and you suspect a blown 50 amp fuse, carefully implement the check approaches recommended above. If you’re also asking, “What does a blown 40 amp fuse look like?” They have similar characteristics. So, if you confirm it’s a blown fuse, kindly replace the component as soon as possible.