Dashboard symbols are essential for optimal driving experiences. These symbols allow the driver to keep track on what’s happening on different car system components. For instance, a car with lock symbol on dashboard means the anti-theft system has been triggered. 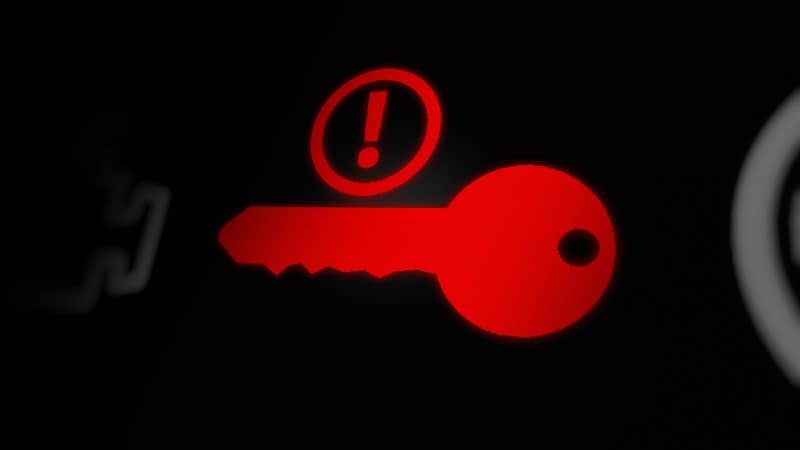 Meaning of car with lock Symbol

However, the system can also activate when the car security remains intact. In such cases, it could be you have a dead or low key fob battery power. The keys will not work correctly if the battery runs out of juice. Once the car system detects this improper signal from the key, it’ll trigger anti-theft security to notify the driver that something is not working correctly.

How to fix Cars with a lock symbol

Several factors can trigger a car with a lock symbol. Therefore, there are several approaches to fixing it. Here are the possible ways to fix a car with lock symbol on dash, Toyota, and other car models.

Start by inspecting the battery on your key fob and ensure it is working correctly. If it is malfunctioning, the key fob is likely the culprit. Also, ensure you installed the battery correctly, as it can be the cause.

Inspect the ignition cylinder. If you have a break-in attempt or any damage to the lock cylinder, it could activate the anti-theft security. Car theft usually tries stealing cars by jamming screwdrivers into the lock cylinder. So, you want to ensure there’s no scratch on the cylinders.

If you have a damaged lock on the driver’s door, unlock and lock the doors with a physical key from the passenger’s door. This will clear off the anti-theft warning on the dash. Lastly, ensure you start the car with the correct key. Some vehicles come with valet keys. Valet keys can only unlock and lock the doors but do not have the required chip to read and start the car.

Typically, with a car and lock symbol on dashboard, car won’t start. So, you have to turn off the security light before starting the vehicle. So, follow steps below to erase the light and start the car.

Now, insert the key into the ignition and try to start the car after it is cold. Ensure that both the key fob and car batteries are still alive. If not, the vehicle may not start.

Method 3: Unlock the doors with a physical key

Unlock the car doors with a physical key. If your car uses a keyless button, examine the key fob and slide the switch on it. This will push out the hidden physical key. Next, insert the key into the driver’s door latch and unlock the door.

Do not open the door once you unlock it. Leave the key in the unlock position for 30 to 45 seconds. This will inform the car security system that you have the right key. However, cars work in different ways.

Some cars will not notice that you have the right key by just leaving the key in the unlock position. So, if this doesn’t do the trick, try unlocking and locking the door multiple times without opening it. Then, after some time, try starting the car while leaving the doors unlocked.

Car immobilizers usually have fuses that prevent them from premature damage. However, the car security system may trigger the anti-theft and display a key lock symbol on the dash once the fuse blows. If this is the leading cause, you’ll need to trace and replace the immobilizer fuse. Do not replace the blown fuse with higher or lower amperage.

Open the hood and unplug one battery terminal to perform a hard electronic reset. Let the car sit for 5 to 10 minutes before reconnecting the unplugged battery terminal. After that, try starting the car and see if it’ll come on. 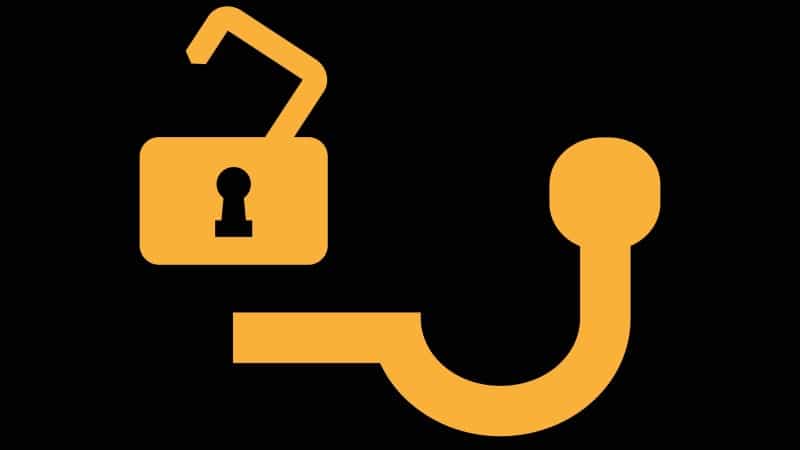 Q: Why is my car showing a car with a lock on it?

Your car can display a car with a lock on the dashboard for several reasons. For instance, it could be someone tries to break into your vehicle, the key fob battery is dead, blown immobilizer fuse or the immobilizer is damaged. In any case, the light means the anti-theft security system has been triggered.

Q: How do I get my car out of anti-theft mode?

As explained earlier, there are several methods on how to remove lock symbol on a car, depending on the leading cause. However, here’s the most common way of getting out of anti-theft mode. First, insert the physical key and unlock the driver’s door. Then leave the key inside in the unlock position without opening the door for 30 to 45 seconds.

If that doesn’t fix the problem, repeatedly lock and unlock it with the physical key. If this method does not get rid of the anti-theft mode, scroll up and try the other methods listed above.

Q: How long does it take for the anti-theft system to reset?

This depends on the approach you choose and your vehicle model. For instance, if you decide to reset the car anti-theft system on your Honda car by unlocking and locking the driver’s door with a physical key, it’ll take around 10 minutes of driving to reset the anti-theft system. Other vehicles may take lesser or longer than that.

Q: What happens when your car goes into anti-theft mode?

If your car goes into anti-theft mode for any reason, it’ll project a car with a lock symbol on the dashboard and prevent the car engine from starting. This can happen for several reasons, but until you track and fix the leading cause, the vehicle will not start. Meanwhile, this can happen for no apparent reason, such as having a locked steering wheel. Therefore, you have to check every possible cause and rectify it.

The anti-theft features in cars make it difficult to steal cars in today’s world. However, they can malfunction and keep you frustrated or, at least, make you think you have serious underlying problems that need your attention.

The system can act up due to lousy keys, dead key batteries, faulty door locks, etcetera. When the car triggers the anti-theft feature, the car won’t start until you deactivate it. This article has explained car with lock symbol how to fix, to help you resolve the issue and start your vehicle. Follow the above guidelines religiously to clear the security light and start your car.