Engine Restore is one product that is currently changing the way people manage their automotive engines. You see, a car can be a great asset to have. But sometimes, it could also be a pain in the behind, especially when it has engine issues. Cars are subject to wear and tear. No matter how durable, classy, or affordable they are. After covering mile after mile, it’s only a matter of time before friction takes a toll on even the hardiest car. It is particularly worse for cars with high mileage.

So what’s the effect of the wear and tear on the car’s engine? Sustained friction can generate leaks between the piston rings and cylinder walls. The ripple effect is a loss of compression, less engine power, poor acceleration, increased oil consumption, and a lot of sludge formation because of engine blow-by. The good news is that with ametech engine restore you needn’t experience all of those.

What Is Engine Restore

Engine Restore is a bestselling extreme pressure engine additive that has revolutionized engine care. This unique lubricant is designed to repair automotive engines that are used for the most strenuous tasks. So what makes this engine additive a unique lubricant? Why does it come out tops when people do engine restore vs Lucas oil assessments?

For starters, it does not contain Teflon, asbestos, graphite, silicon, chlorine, PTFE, or any of the other components found in oil additives. Rather, it is the only engine additive with the CSL formula (Copper 60%, Lead 40%, and trace quantities of Silver). To the uninitiated, this means that every drop of Engine Restore contains hordes of CSL micro-particles that are suspended in premium motor oil.

Let’s put things in perspective here; every micro-particle in the additive has Lead that is evenly spread in an amalgam of Copper and Silver. When you factor in the zillions of micro-particles comprised in the lubricant, you get an inkling of its restorative properties. It is this restorative ability that sets it apart from other engine lubricants in the market.

Vital areas of your engine like the bushings, bearings, cylinder walls, piston rings, and valves are highly susceptible to friction and minute leaks. When used correctly, ametech engine restore has been known to revive high-mileage engines that have seen better days. It has been known to be responsible for improved compression, peak engine performance, reduced oil burning, improved fuel mileage, and increased engine power.

As a matter of fact, it is the only engine lubricant that has substantiated the claims to engine restoration via engine additives. The best part is that it is compatible with conventional oil and can be used for cars, trucks, tractors, motorcycles, and even lawnmowers. 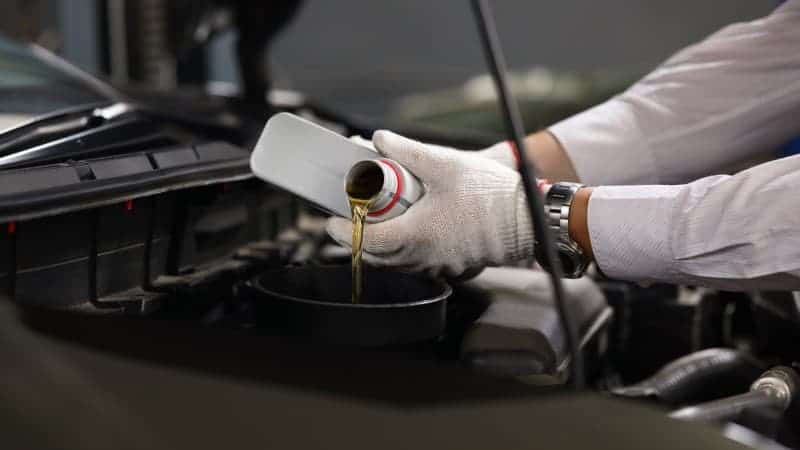 The constant use of automotive engines causes a lot of heat and friction, both of which have a way of causing the wear and tear of metal surfaces within the engine. Consequently, compression leaks occur in spaces like the area between piston rings and cylinder walls, for example. Users of such engines often notice things like a decrease in engine power, engine running slow, oil-burning, engine starting problem, and, in some extreme cases, engine knocking.

Engine Restore is basically an engine additive with a 30W SAE mineral oil that comprises detergents and anti-corrosion agents. This oil conveys the CSL micro-particles into the engine, where they carry out restorative action on the engine. Regardless of the type of Engine Restore: engine restore 4-cylinder or engine restore 6-cylinder, the principle is the same.

The additive’s CSL micro-particles are designed to fill up those minute scratches and grooves in areas like the space between the piston and the automotive engine’s cylinder wall. These CSL micro-particles have a high concentration of Lead, allowing them to provide maximum natural lubrication regardless of how high the temperature gets. The reparative action of the Engine Restore additive lies in the way these CSL micro-particles minimize friction and reconstruct metal surfaces within the engine.

Engine Restore was designed to be added directly to the engine oil, and it is also great with turbo-charged engines. However, the warning that Engine Restore should not be used in engines that utilize high pressured engine oil bears repetition. So if you are looking for an additive to solve the issues with your HEUI engines(Hydraulically actuated Electronic Unit Injection)  or wet clutch environments, then Engine Restore is the wrong choice.

Bear in mind that engine restores bob is the oil guy, so you might want to seek professional advice on using your can of Engine Restore additive especially if you are looking to solve engine issues like a bottom-end knock or piston-slap. You should also note that while Engine Restore has remarkable reparative powers, it is no mechanical elixir by any means. So it won’t magically solve complicated issues like terribly worn-out re-plate bearings or cracked cylinder heads.

One obvious reason why Engine Restore is such a bestselling engine additive is that it comes with a ton of benefits. It comes handy in a bottle that is easy to manage, so applying it is quite easy plus it makes a great engine care tool. It also has a great shelf life, so you need not worry about it expiring.

People who use Engine Restore every time they change the engine oil can enjoy a level of cylinder compression that is as close to the original levels as possible. That explains why engines using this lubricant run a whole lot smoother and are less noisy since the compression is evenly balanced.

As its name suggests, you can restore old engines to a peak condition and performance that is as close to their brand new condition as possible. Its restorative properties solve any compression issues while offering lubrication that protects the engine components from operational wear and tears.

Using engine restore for burning oil issues(among other issues) is a great idea, especially if you find that your engine is burning oil and smoking because of engine blow-by. Here is a description of some of the pros that come with using the Engine Restore additive:

Engine Restore is not suited for repairing valve leaks; neither is it great for engines that require engine oil which is pumped at high pressure.

To get the best of Engine Restore, it is recommended that you use 40ml for each 1.6liters of engine capacity you are treating. That translates to 2 cans for a 3.2-liter engine, and 3 cans for a 4.8litre engine. You must stick to this “dosage” if you want optimum results. You can actually find out more from engine restore Canadian tire.

Ensure that you vigorously shake the can of Engine Restore before adding it to the engine oil. Open your engine cover before pouring it in with a funnel. You could also pour it straight up, depending on how steady your hand is. After pouring in the engine additive, allow the engine oil to settle, after which you check the level to be sure you did not over gauge your engine.

Once that’s settled, you can then drive the vehicle normally for 2 hours. See the visual presentation ( YouTube)

This period of running the engine is very important to the healing process because it will take time and the right conditions for the CSL micro-particles in the engine additive to get to work. It is also important that you know that the extent of repair depends on the mechanical wear and tear that the engine has experienced.

Do not use Engine Restore in power steering fluid, automatic transmission, or brake fluid. It should only be used with engine oil. Avoid using it with vegetable-based oils, castor oil, or ester oils too, because they make it difficult for the CSL micro-particles to stick to the worn metal surfaces. You should also avoid using ametech engine restore with other additives that claim to reduce friction.

Although engine restore in motorcycles is increasing, do not add Engine Restore to a motorcycle engine if the gearbox and engine share the same oil. Doing that is a sure way to cause the clutch pack to slip. To be on the safe side, it would be best if you were mindful of how you apply this engine additive to your motorcycle.

Q: How can I improve my Compression?

Ans: Yes, it actually works very well. After using the additive, the compression completely evens out, going by compression tests run on the engine before and after using Engine Restore for a lot of miles. The power becomes smooth, and the engine sounds better even at freeway speeds. The horsepower increases(it even more than doubles) while the engine stays calm.

Q: How Much Does It Cost To Fix Engine Compression?

Another factor that determines the cost of fixing engine compression is the type of engine involved. Some engines are more complex than others so it’s only natural that they will cost more to manage than the less complex ones.

Q: What Causes Loss of Compression in an Engine?

Ans: Here are some of the more common causes of loss of compression in engines.

Holes in the Piston: The piston is located in the cylinder, so it is highly susceptible to wear and tear given that it gets affected too when there is combustion in the engine. This can cause it to have holes or cracks, causing gases to leak and ultimately leading to low engine compression.

Leaking Valves: The intake and exhaust valves are often adversely affected by extreme temperatures that prevent them from closing properly. Once this happens, there is a gas leak that ultimately leads to a loss of compression.

Other causes of low compression in engines are:

The automotive engine is the heart of any mechanical machine because it is the unit responsible for powering it. That is why the way you manage the engine of your car, motorcycle, tractor, or lawnmower determines how much you can get from it. Thanks to technological advancements, you no longer have to worry about some of the issues that plague faulty engines. All you need is Engine Restore.

This bestselling engine additive is great at repairing engines so that they function optimally. A great place to find out much more about what this additive offers is at engine restore AutoZone.