A common cause of turbo failure is oil in intercooler pipe. The intercooler is a device fixed for cooling intake air on your engine, fitted with either a supercharger or a turbocharger system.

Accumulation of oil in the intercooler isn’t a good sign, especially in an air-to-air intercooler. It shows there’s a fault with your turbocharger, which you need to address immediately. Ignoring this will hinder the performance of your engine and also the intercooler.

You will learn some of the causes of oil in intercooler pipe diesel engine.

What causes the oil in the intercooler pipe?

The responsibility of your intercooler is to reduce the temperature of the compressed air from the supercharger or turbocharger. While cooling that air, it increases the air density transferred to your engine. 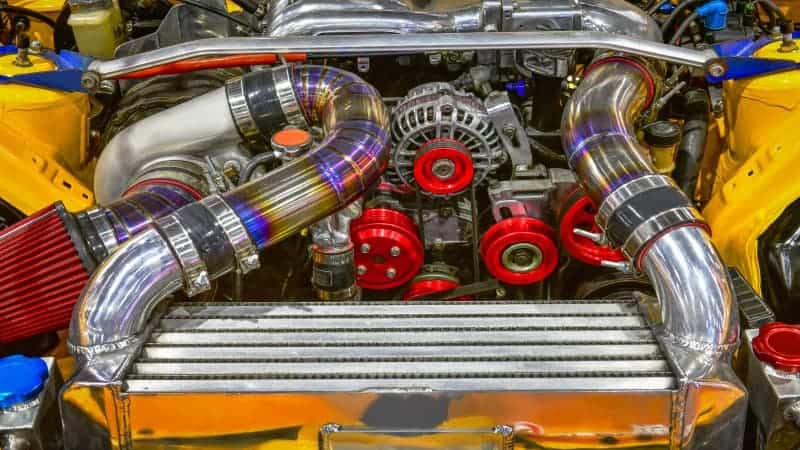 The turbocharger or supercharger compresses the air, and it increases in temperature, which gets very high. As the temperature increases, the density (oxygen content) falls.

So, when the intercooler cools this air, it allows air to denser and richer in oxygen to the engine, and this also allows more burning of fuel.

The intercooler is not meant to have any oil, neither by operational requirements or design. Your turbocharger runs at speed up to 280,000 rpm, and from your engine lubrication system, it is lubricated by oil.

After a long period or when there is a fault, the seals can begin to leak oil into the compressed air released from your turbocharger, which accumulates at the intercooler bottom part.

Then you might experience oil in intercooler symptoms as the oil amount increases, and these are definitely not favorable.

Highlighted below are the common causes of oil in your intercooler pipe:

When this occurs, you have to fix this leakage from your turbocharger as soon as possible. However, you should be sure of the cause of the leak before taking any action, because we discovered that most people confuse coolant for oil.

There are cases when it could just be a small leak from the core, which will not affect your vehicle’s functionality. You just have to be bothered about oil in intercooler causing smoke during first cranking. 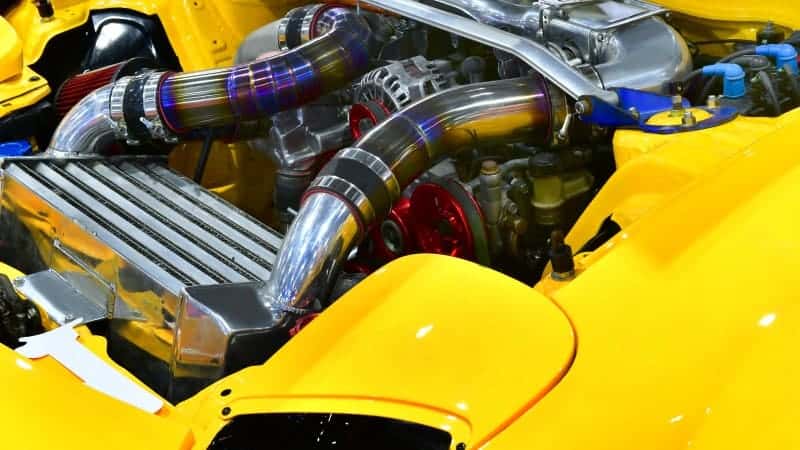 Q: Is it normal to have oil in the intercooler?

Oil might get accumulated in the intercooler as your car covers more distance, but this is not a frequent occurrence. And most times, it is due to a leak from your car’s turbo oil seals, which causes a restriction.

Because the intercooler is located between the turbos, leaks from this part of your vehicle, when worn out and have holes on it will end up in the intercooler because there is no place else to go.

The oil will gather at the bottom of your vehicle’s intercooler and cause a reduction in its performance. If the oil in intercooler pipe ford ranger becomes frequent and more in quantity, it means your turbocharger seals need to be replaced.

Q: How do you clean intercooler pipes?

This is done by first removing the intercooler from your car. Make sure to do an intercooler cleaning in a ventilated environment while you are suited up to avoid getting stained with grease or other chemicals needed for cleaning.

Removing oil in intercooler piping 6.0 Powerstroke or any other Powerstroke isn’t a tedious process when you know the right step.

Seal one part of the unit to prevent acetone from running out. Place the oil pan under your intercooler piping to collect oil that might drip out. The intercooler has two pipes connected to your engine.

Use a screwdriver to remove the piping from your intercooler.

To clean off the oil and debris, pour the oil out by placing an oil pan underneath.

Spray your intercooler with a degreaser both inside and outside to remove dirt and let it drip out.

So that’s I also remove oil in my intercooler piping.

Q: How do I know if my intercooler is clogged?

Your engine will drop in power, and fuel consumption may increase. Other problems like unusual smoke from your vehicle’s exhaust system.

If your engine is not receiving enough air, fuel mileage and horsepower will be affected.

There will be an increase in temperature in the air going to the engine, which will reduce the engine’s efficiency. When this goes on for a while, it will cause overheating, which might lead to your engine knocking.

Oil in intercooler piping from the turbocharger might also contribute in making your intercooler clogged.

Q: What happens when an intercooler fails?

There will not be a supply of air in the optimal pressure, which will affect the engine’s air-fuel proportion. This might either lead to your engine running rich or lean.

If your car’s engine runs in a rich condition, then the excess fuel unused will be removed along with the gases and exhaust. Little or no air will be supplied to the engine, which can lead to overheating.

Black smoke will be seen coming out of your exhaust system, and the combustion from the exhaust system will cause the emissions to be darker.

The ECM, which is the engine control module, will likely trigger a light to appear on your vehicle’s dashboard. This error code is sent due to engine overheating.

Q: Can you drive with a broken intercooler?

There is really no risk driving with a broken intercooler or little oil in intercooler pipe Duramax, but it is preferable to fix it on a safer side if the intercooler is broken.

But driving with a broken intercooler will cause one to bypass and connect the turbochargers to a throttle body to avoid issues. Because normally, turbochargers are connected to the intercooler.

The functions of the intercooler are needed to keep your engine functioning at full capacity, so when you notice any abnormal cause like oil in intercooler pipe, you should get it resolved.

Also, if you are not sure of how to go about the repairs contact your mechanic. Do not perform a blind repair.