Electric vehicles are an excellent set of cars with rechargeable batteries, which works well for their fast acceleration compared to the traditional fuel/diesel engine vehicles. Thus, batteries are an essentiality for electric vehicles, as they handle various activities for the smooth running of the car.

Such hybrid cars often use lithium-ion batteries since they come with high energy density and offer an extended cycle life. You can find various EV batteries in the market, but Tesla batteries are among the top-performing options that you can find.

Hence, the need to know who makes Tesla batteries. It is known that Tesla electric vehicles work with an electric motor, and require a functional battery to power the car. Tesla batteries last for 300,000 to 500,000 miles and you would need a suitable replacement after that period. Nevertheless, this piece holds exciting details about the manufacturer of Tesla batteries. 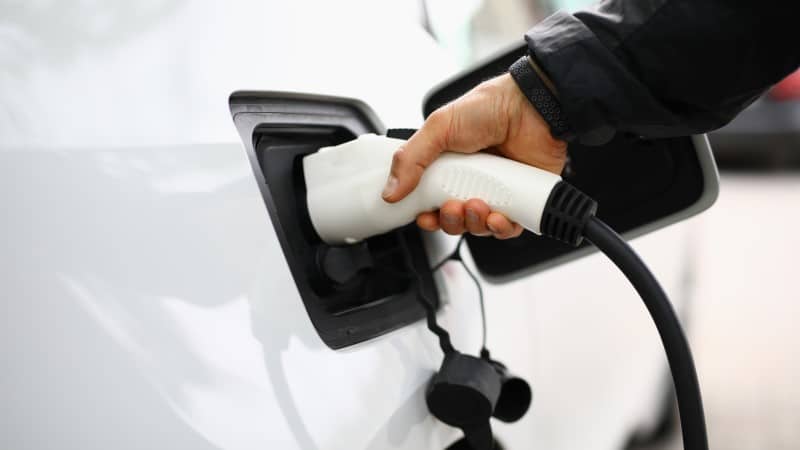 Tesla cars are awesome options in the market that has excellent features. These cars are among the top electric vehicles that you can find. They use Lithium-ion car batteries and this product line consists of different batteries with varying capacities.

The technologies employed for this production of such batteries ensure that they offer high performance. Unlike some other options in the market, these Li-ion batteries appear to be much better with their increasing energy densities.

Supplies are handled by Panasonic who makes Tesla batteries stock, as they produce top-quality EV cells that match these cars’ needs. After the Tesla battery day, Panasonic announced the eagerness to produce new battery cells that would decrease the price of these electric cars.

Tesla is a brand that provides folks with top-quality electric cars with excellent features. The company supplies these vehicles to buyers in North America, Europe, and other parts of the world. Tesla cars make use of top-performing batteries that handles the needs of these vehicles.

Tesla batteries are products solely supplied by Panasonic Corporation. Kindly note that this firm is previously known as Matsushita Electric Industrial Co. Ltd. This Tesla battery supplier is among the top multinational electronic companies with a Japanese background, founded by Konosuke Matsushita.

Panasonic has its headquarters in Kadoma in Osaka and started as a manufacturer of lightbulb sockets in 1918. All products of this company are available worldwide under the Panasonic brand name and a few other brand names.

Aside from being one of the biggest producers of consumer electronics, this firm is famous for other products such as automotive systems, industrial systems, rechargeable batteries, avionics, and various products for home renovation and construction applications.

This company holds various success stories, one of which was the signed agreement for the development of Archival Disc in conjunction with Sony Corporation (2013). Another breakthrough is the signed contract with Tesla Motors as a participant in the Gigafactory battery plant in 2014.

The batteries from Panasonic include specialty batteries, zinc batteries, alkaline batteries, and rechargeable batteries. Again, this company provides consumers with excellent chargers that work well for these products.

One of such awesome battery options from Panasonic is those for Tesla vehicles. Being the sole supplier, Panasonic produces these Tesla-branded batteries to be pretty reliable. The efficiency of the batteries from this brand reaches the needs of the top-quality Tesla electric vehicles.

What Type of Battery Does Tesla Use?

Tesla electric vehicles use lithium-ion batteries, which come equipped with various other components that power the components of this brand’s luxury cars. Kindly note that these Tesla battery types have a high energy density and an extended cycle life.

What are Tesla batteries made of? The battery’s formulation has 70% of lithium-ion, and the remaining 30% consists of other essential components, including cobalt, nickel, and aluminum. However, folks must note that constant exposure of these batteries to heat can degrade them faster.

It is common for car batteries to start having low performance after extended use. In a bid to have a smooth ride, you would need a good battery replacement that would effectively power the car’s components.

Panasonic is the company that makes batteries for electric cars from Tesla, as they supply lithium-ion batteries after the signed contract in 2014. This company is famous for manufacturing various electrical products and has been operating for the past 103 years.

Since the inception of Panasonic in 1918 (then known as Matsushita Electric Industrial Co., Ltd.), the company is known for its supply of quality products. The excellent batteries from Panasonic work effectively, and those Tesla batteries have great efficiency.

Q: Who supplies lithium to Tesla?

According to the recent reports from Tesla, their supplies of lithium hydroxide are from some top companies. The list of signed suppliers includes Cadence Minerals and Bacanora Minerals (joint venture), Pure Energy Minerals, Kidman Resources, and Ganfeng Lithium.

The signed agreement with Cadence Minerals and Bacanora Minerals was in 2015, and these companies have their headquarters in the United Kingdom and Canada. That same year, Tesla signed an agreement with Pure Energy Minerals.

Later on, in 2018, there was another signed agreement involving Kidman Resources and Ganfeng Lithium due to the increasing need for lithium in EV productions.

Q: Will Tesla makes its own batteries?

There are active plans from Tesla to make their batteries. The announcement of Tesla to manufacture tabless batteries was at the 202 battery day. Elon Musk, the brand’s CEO hints on how such development would improve the car’s range and power.

Nevertheless, the current Tesla batteries are products from the Japanese multinational company, Panasonic. This firm is famous for the production of top-quality electronics and has a huge line of batteries.

Q: Where do Tesla batteries come from?

Tesla batteries come from the Gigafactory in Nevada, one of the biggest in the world. However, some reports suggest that the Tesla Model 3 battery cells appear to be manufactured within the United States.

Lithium-ion battery cells for two other Tesla brands seem to be manufactured and supplied from Japan.

Q: Does Panasonic own Tesla?

Contrary to some speculations, Panasonic only holds a share in Tesla, as this automotive company is owned by Elon Musk (CEO), BlackRock, and the Vanguard Group. Nevertheless, Panasonic Corporations has been in charge of the supply of Tesla batteries.

Since the signed contract years back, Panasonic manufactures Lithium-ion batteries for these electric vehicles. Again, the company is keen on making new generation cells that would make Tesla cars appear cheaper.

Panasonic is a multinational company that manufactures and supplies electronics, including batteries. This firm signed a contract with Tesla in 2014 to supply the batteries for the brand’s electronic vehicles.

Nevertheless, there are a few speculations of Panasonic Corporations selling their Tesla stake for the sum of $3.6 billion. However, the spokesperson for Panasonic suggested that this sale would not affect the signed partnership with Tesla.

There are a few speculations regarding who makes Tesla batteries, and this piece holds intricate details that suggest Panasonic Corporations to be the manufacturer of these batteries. Panasonic appears to be one of the largest battery manufacturers in the world and supplies Tesla EV batteries.

These batteries come manufactured to offer top performance and meet up the needs of these electric cars. They appear pretty reliable and lasts for an extended period. Even though these batteries may appear quite pricey, they are worth the cost.