Have you ever wondered what happens if you put gas in a diesel engine? Or maybe you have been a victim of this act before, and you experience the effects the hard way (don’t blame yourself or your driver, it happens often). Either way, mixing gasoline and diesel in a vehicle can give headaches and cause catastrophic engine damage.

In this article, we’ll discuss at length the possible effects of mixing both fuel types in a vehicle and how to test for gas in diesel fuel.

What happens if you mix Gasoline and Diesel?

If you have a vehicle and have been dealing with fuel long enough, you might have mixed these two fuel types.  Mixing gasoline and diesel fuel is not advisable, and it isn’t necessarily a big problem as always projected.

But the question is, how much did you put in? Will a little gas hurt a diesel engine? Let’s find out. 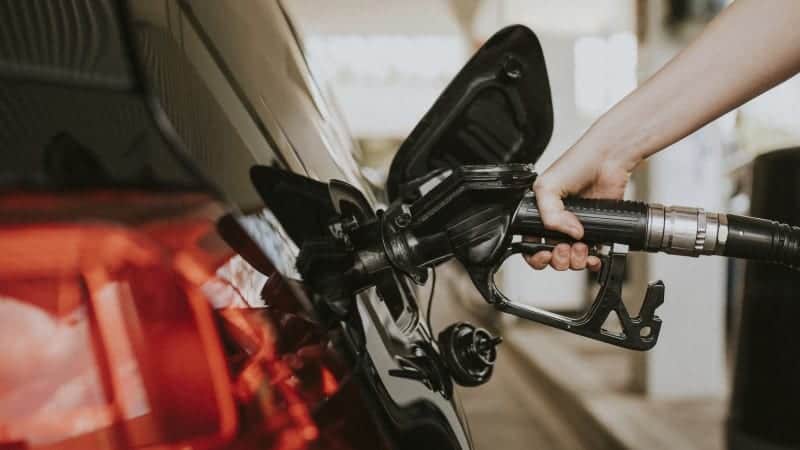 Effects of gasoline in diesel engine

If you notice this problem on time, you may be able to save your engine from severe damage. On the flip side, if you keep driving for a long period with a mixed or wrong fuel in your diesel gas tank, then you may experience the outlined effects below. 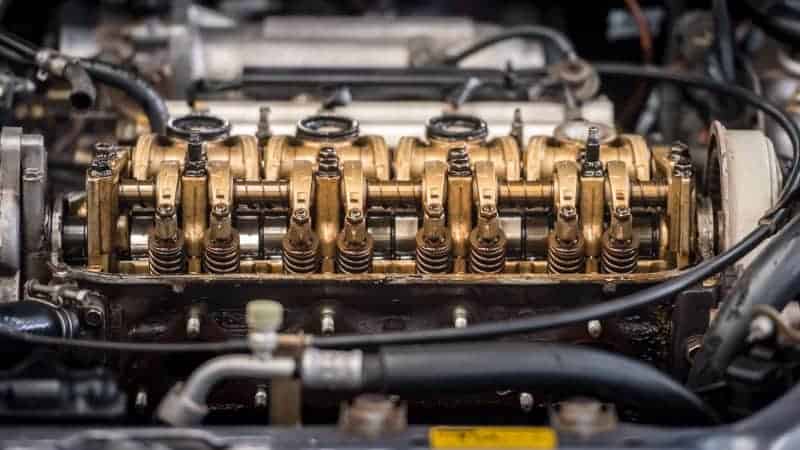 Effects of diesel in a gasoline engine

Most diesel gas station nozzles are usually bigger than gasoline nozzles; they’ll hardly fit in. That makes it less common to put diesel in a gasoline engine accidentally.

Fuel system and plug damages: Since gasoline fuel systems are meant to transport petrol, putting the wrong type of fuel in it will eventually cause premature failure to the fuel pump, fuel filter, and injectors. Over time, these components will go bad and require you to replace the entire fuel system components.

Poor/lack of ignition: A diesel in a gasoline engine will cause poor ignition. This is true; even in real life, gasoline ignites faster than diesel fuel.

Car won’t start:  A large amount of diesel in a gasoline engine will eventually prevent your vehicle from starting. If your car won’t start due to diesel in your gasoline fuel system, the best way of fixing it is by draining out the mixed fuel and refilling it with gasoline fuel. 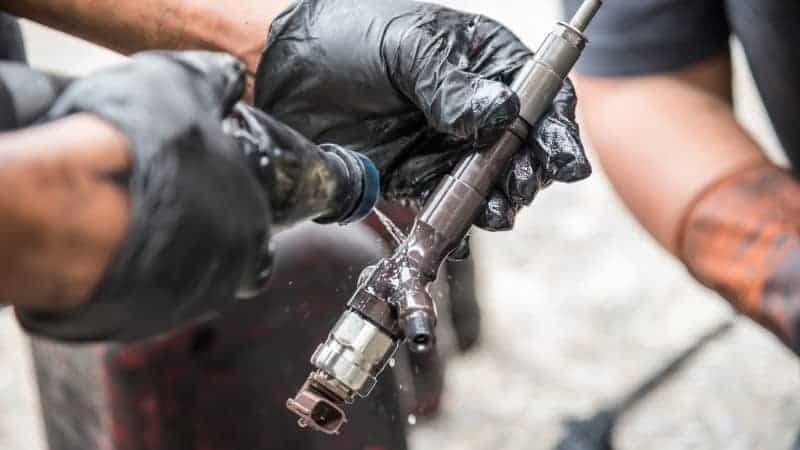 Q: What to do if you put gas in a diesel engine?

If you have mistakenly poured gas into a diesel engine, or diesel in a gasoline engine, you may be searching for gas in a diesel engine quick fix. Here’s what to do if you mix both fuel types.

Do not start the car: starting the vehicle can cause severe engine damage. Instead of starting the car, remove the keys from the ignition.

Take the car to a safe zone: If you’re still at the filling station when you notice it, put the car in neutral and get someone to assist you, and push it to a safe zone.

Call your mechanic: Once you have pushed the car to a safe zone, contact your mechanic to toll it to a garage. They should drain the wrong fuel and pour the right one. Ensure they put enough of the right fuel to keep you going.

Q: What’s a worse case in diesel in a gasoline tank?

Q: Will a small amount of gas hurt a diesel engine?

It all depends on the quantity. So, can you dilute diesel with gas? 1% of gas in a diesel engine may not cause any damage. However, a bigger amount of gas in diesel can cause catastrophic engine damage. This is because a bigger volume of at least 5% will prematurely ignite during the combustion cycle.

Q: Why are gas engines better than diesel?

Diesel engines also outperform gasoline-powered engines and offer better fuel economy. Then, why are gasoline engines better than diesel engines? Diesel engines suffer performance issues when you pour in black diesel, bio-diesel, or any type of enhanced diesel fuel. This can damage your injector pump and nozzles – and these components are very expensive.

Another reason why people consider petrol-powered engines are, that you can hardly differentiate well-refined diesel fuel from black and bio-diesel.

Q: How can you tell gas from diesel?

Diesel and gasoline fuels have different colors. If you can’t differentiate the colors, just smell them. They have a different smell, if you can’t tell the difference from the smell, deep your fingers in them. Diesel is oilier, while gasoline will evaporate quickly and leave your fingers cold and white.

Q: Can you put diesel in a container that used to have gas?

A small amount of diesel won’t prevent your gasoline from burning as it should. It won’t make any difference to the engine’s smooth operation. However, before using the container, make sure you pour out all the gasoline in it.

Q: How much does it cost to flush diesel out of a car?

Depending on your car make and model and the quantity of diesel in your gas fuel system, you can spend around $400 to $1000 on a fuel system flush, which is what you need to salvage your engine from catastrophic damages.

Now that we’ve uncovered what happens if you put gas in a diesel engine, it is of utmost importance to take precautions. Accidentally if you mix these fuels, do not start your vehicle. Contact a mechanic or dealership to toll the vehicle. The mechanic needs to completely drain and flush the fuel system to get your vehicle back on the road.