GDI meaning Gasoline Direct Injection has been rapidly adopted by various manufacturers for years now till date. It’s vital that car owners get familiar with this technology. Automobile companies are now producing cars with multiple fuel injection engines like the Kia GDI engine, which is designed to improve gas mileage, and engine performance, reduce gas emissions and take fuel efficiency rate to the next level.

If you are asking ‘what does GDI mean on a car’ this article will unveil its benefits, issues, and how best to handle them.

What is GDI and how does it work?

GDI (Gasoline Direct Injection) is an advanced technology fuel delivery system designed for gasoline internal combustion engines. This modern system uses a high-pressure rail accumulator assembly, whose function is to drive the gas mixture straight into the combustion chambers of your engine.

The Gasoline Direct Injection system delivers proper air/fuel mixture, which is not easily achieved with other fuel injection engines. This system provides higher fuel efficiency, increased power input values, and flexible engine timing capacity. These facts mean that GDI cars are not only economical and efficient, but they can also accommodate a wide range of driving conditions.

Comparing GDI engine vs fuel injection systems, single point, multi-point, and other injection systems, GDI systems pump fuel into the distribution manifold known as the common rail, and all injector jets and nozzles are attached to this rail. Fuel is driven at high pressure into the common rail, which acts as an accumulator to keep a uniform pressure on the fuel set for injection. When the system receives the signal, the injector valve opens and allows fuel to flow into the combustion chamber.

The injector valves can be either piezoelectric or conventional, and it’s regulated by the vehicle’s engine control unit (ECU). The ECU is a control unit that regulates actuators in an internal combustion engine for efficient engine performance. It is also known as ECM (Engine Control Module. These parameters permit the GDI to produce an accurate fuel-air mixture for different driving conditions. Besides, they help in improving engine performance and fuel economy.

Many automobile companies have accepted the GDI technology, and they have used this technology in GDI engines.

Mitsubishi, a Japanese automobile manufacturer has taken the front seat in the wide use of the GDI technology. KIA followed, along with other European companies. The United States didn’t hastily adopt the idea of the GDI systems, but that has changed; GM and Ford are now publicizing the relevance of their GDI engine cars. Ford plans to design the GDI system in most of their products, Ford Flex Crossover, Lincoln MKS, and Taurus, and they expect their customers to notice a high increment in fuel efficiency.

Many car owners with GDI engines have reported problems like dense clogging of their fuel system and carbon buildup in the engine system. Some drivers deal with engine stalling and loss of engine power also.

The repair cost for fixing some of these problems might be expensive, depending on the damage extent. Some other problems discovered with the Gasoline Direct Injection systems include;

With the Gasoline Direct Injection system, the fuel squirts into the engine stick to the cylinder walls and mixes with the oil. So during combustion, the oil on the cylinder wall containing gasoline ignites and burns off. This is the primary reason why a lot of GDI engines are reported to have high oil consumption.

Low-speed pre-ignition is an issue usually associated with GDI engines. The problem here is that gasoline direct injection has a poor accelerator pump; you can find a carburetor having one or two accelerator pumps. So when you are at a high load, low-speed engine operation, and you push your throttle, it squirts more fuel through your accelerator pumps.

During this condition, bits of carbon leave the valve and go into your combustion chamber, which finds its way to the cylinder wall, and is absorbed by the fuel and oil on the wall. As the piston shifts up, it transfers carbon particles to the crevice clearance, and these particles get diluted with oil and fuel, which smokes, causing low-speed pre-ignition.

How to Fix GDI problems

Several methods have been practiced by experts to fix GDI problems easily. BMW vehicles, we recommend you use ethanol-free gasoline and gasoline with detergents. We also advise that car owners add fuel system cleaners like liquid moly dejection additive 2 to their vehicles, they are very efficient in handling GDI problems.

Please take caution; there are products available in the market that claim to clean and prevent the accumulation of dirt on your intake port due to GDI issues. The majority of these products are false with very low effectiveness, ensuring you get the right one.

Some manufacturers have also responded to fixing GDI issues by modifying their engine system, inserting a feature that allows it to spray a little quantity of fuel on the valves to prevent the accumulation of dirt. So if your GDI engine has this design, you don’t need to worry much. Just make sure you service your car at the recommended intervals.

Overall, the best way to keep your GDI engine running optimally and reduce the chances of dealing with these problems is regular GDI engine maintenance. 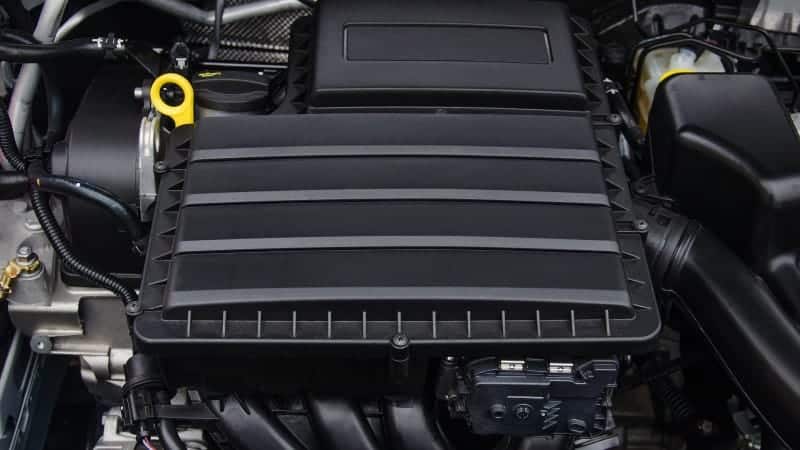 Q: Is a GDI engine good?

A Gasoline Direct Injection (GDI) engine is equipped with a lot of benefits that your normal engine systems lack. With GDI systems you get a much better fuel efficiency, which causes an increment in gas mileage. Better fuel economy is guaranteed as the fuel burns uniformly and thoroughly in the system.

With the Gasoline Direct Injection technology, it is possible to draw more power from smaller vehicle engines. You also get to enjoy low gas emissions, so you can easily ace emission tests, making your vehicle eco-friendly.

Q: What does GDI mean Kia?

No, GDI engines do not use diesel but gasoline (petrol). Gasoline Direct Injection engines can also be referred to as Petrol Direct Injection (PDI). This is a system for internal combustion engines operating on petrol (gasoline), where petrol is directed to the combustion chamber. It’s a different system from the manifold fuel injection system, which injects fuel to an intake manifold.

However, GDI engines are quite similar to DI (Diesel Injection) engines, but it has a well-positioned spark plug and gasoline instead of the automatic igniting diesel fuel and an in-cylinder injection system. Gasoline Direct Injection engines do not operate on diesel; they use gasoline only.

Q: How long will a GDI engine last?

Gasoline Direct Injection engines have proven to be more durable than non-GDI engines. GDI engines will require maintenance when they’re in between 20,000 to 40,000 miles, and they last for a very long period. You must however ensure you regularly maintain your GDI engine. Change the engine oil at the specified interval by the manufacturer and use only recommended or high-quality oil. Change the spark plugs at the due date, and use quality fuel rich in detergents. You can also add fuel system cleaners to keep your GDI engine operating optimally.

So that’s just about everything you should know about GDI systems, we hope you found it to be helpful. However, if you need more clarification on what does GDI means on a car or you have any concerns about gasoline Direct Injection (GDI) systems, you can always let us know.