The entire system that makes your car work efficiently is made up of various functionalities. Different signals in the form of lights have been fitted into your car’s dashboard lights to enable you to ascertain whenever there is a malfunction in any of the systems.

One of those essential features is the traction control (TC) system. You may be asking, “What does TC mean on a car, and how does it work?” Information relevant to your question has been provided in this article to enable you to know what TC means on a car and how the system works for your safety.

What Does TC mean On A Car?

TC is an abbreviation for Traction Control; it is the system responsible for assisting the acceleration process in a car and preventing wheel slippage or over-spinning when you are driving on a slippery surface. 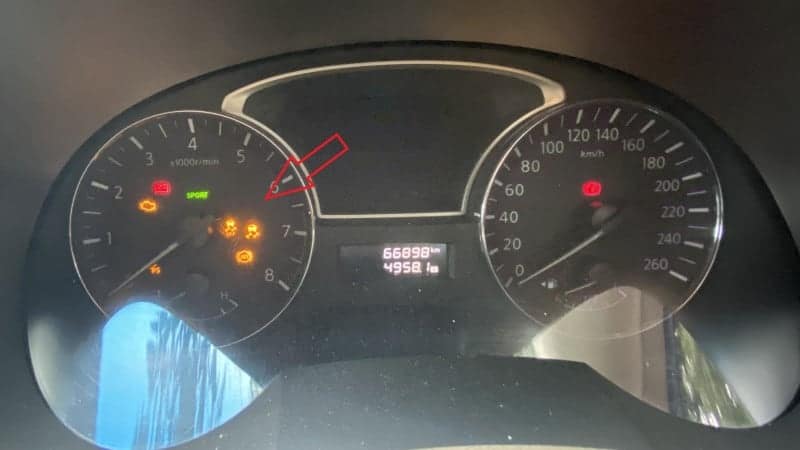 Traction control plays an active safety role in your car’s acceleration process. The traction control system ensures a smooth driving experience for drivers by enabling effective acceleration and stability, especially on slippery surfaces such as driving in the rain. This information is different for those asking, “What does TCS mean for food?”

Traction control detects when one of the driven wheels is spinning faster than all other wheels with the wheel speed sensors. Once this is detected, the BS immediately activates to slow down the speed of the slipping wheel so that it can have a grip on the road once again; then, the vehicle’s brake on that particular corner is released to complete the traction process.

In some cases, the ECU also reduces the engine’s torque while the ABS activates to apply the brake. If you are also wondering, “What does TC with a slash through it mean?” It is simply an alternative way of writing TC, which also means traction control.

You may experience a situation whereby the traction control light turns ON from the dashboard area. This is due to a defect in the traction control system; if you ever see the TC light turn ON, it is essential to check out the problem immediately to prevent any imminent problems such as an accident. For those asking, “What does TC mean on a Camaro?” The information above also answers your question.

What Can Cause The Traction Light To Come On?

If you are driving on a bad road that may not allow your car’s tires the necessary amount of friction to accelerate properly, the traction control may not function properly under that condition; hence, the light can suddenly turn ON.

One common example of poor or bad road conditions is a snowy or icy road during winter. Your car’s traction control may not be bad as the light could turn off after that time, but if it doesn’t turn off, you need to see an auto mechanic check it out.

The wheel speed sensors are responsible for detecting the level of speed at which your car’s wheels are rotating while you drive. The sensors are connected to your car’s engine control unit (ECU) and the traction control system.

If this sensor goes bad, the traction control light will turn ON because the sensor works in connection with the stability control system to detect the driver’s intended direction while driving.

If you are asking, “Why is my traction control light ON?” The faults outlined above are some of the major reasons why your car’s traction light is ON. The subsequent paragraphs provide a way out of the problem. 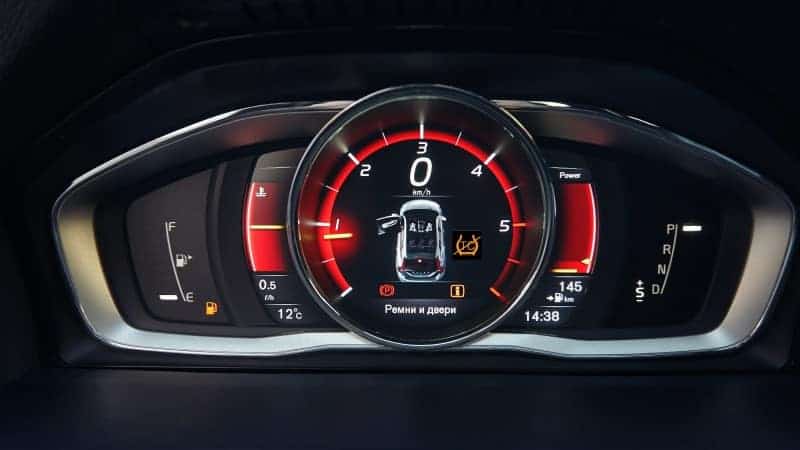 How can I fix the TC on my car?

However, if you switch off your car’s engine and turns it on after a while and the traction control light is still ON; you should endeavor to see an expert auto technician or mechanic to carefully diagnose what could be wrong with any components of your vehicle that are related to the traction control system.

Once the diagnosis has been achieved, you can proceed to fix the problem. Some of such problems may be; a bad steering angle sensor, faulty traction control switch, faulty wheel speed sensors, defective wiring, etc.

You should replace any faulty components as soon as you find any. Immediately you discover the component responsible for the issue; it would be best to fix that component immediately to not endanger any other related components. One of the two options above is the way out on how to fix TC light on a car.

Q: Can you drive with the traction control light on?

The traction control light shows that you are not getting help from the traction control system, ensuring that one wheel does not spin faster than the other wheels. So, when your vehicle is losing traction control, you would experience tire slippage. You will have to control the slippage using the old-fashioned method of lifting off the accelerator.

If your car’s traction light is on, do not risk driving it around that way because it is like sitting on a time bomb. Get it fixed by an auto mechanic before anything else.

Q: Is it OK to drive without traction control?

It depends on the situation under which you are driving. If you experience any difficulty getting your car to move efficiently because of a slippery road caused by snowfall or any other thing, it would be helpful to switch off traction control. Otherwise, your car’s traction control system must always be on to ensure safety as you drive.

Q: What does the traction control light look like?

The traction control light looks like a car’s rear end with curvy lines behind it. It shows that your car’s traction is defective, and as a result of that, one or more of your car’s tires are losing traction, and it may lead to unnecessary swerving as you drive.

If you find out that your car’s traction control light is on, try as much as possible to take your car to an auto mechanic to fix the issue.

Q: When should you not use traction control?

Q: Should I turn traction control off in rain?

Q: Is it better to drive with traction control on or off in snow?

Q: How much does it cost to fix a traction control system?

The estimated cost for the replacement of the traction control switch is about $85 to $95. The parts cost around $48, while the labor cost is estimated to be about $37 to $47.

Much information has been exposed about the traction control (TC) system and how it works. If you were wondering, “What does TC mean on a car?” you have also seen some reasons why your car’s traction control light may turn ON when you least expect it.

link to Muffler Delete Pros and Cons: What You Should Know?

Why would anyone get a muffler delete if the car's muffler is responsible for controlling the noise that the engine generates while going about its automotive functions? That's an interesting...

A speaker is one of the essential intricate parts of Your Car's sound system. Good car speakers can add life to your drive. In contrast, low quality or rather shabby speakers can affect your Car's...