862 heads are some of the best cylinder heads with the capacity to deliver more compression. The cylinder head controls airflow into and out of the cylinder, as well as the deployment of fuel.

The degree of airflow and fuel deployment plays a crucial role in a vehicle’s combustion process. To that effect, every car needs a sophisticated cylinder head to gain an incredible power level for performance and efficiency.

Take some time to go through the subsequent sections to find out what you need to know about the 862 cylinder heads before performing a porting job. 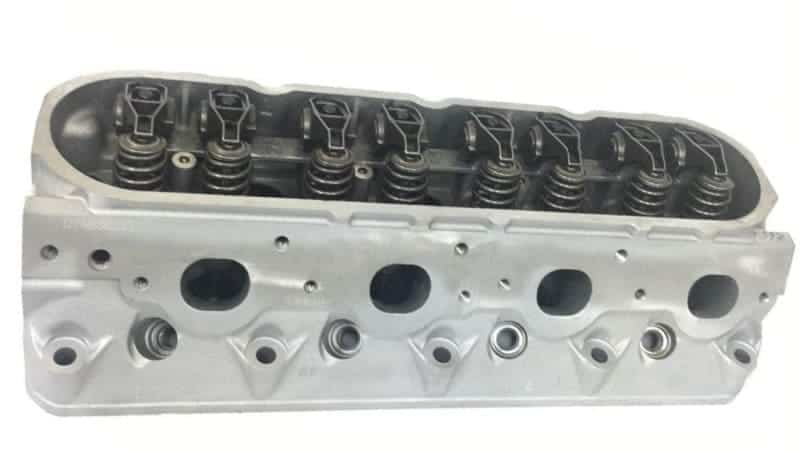 The most common problem with the 862 cylinder heads is that they crack in the long run, allowing coolant to flow into the oil. Failure to fix this issue can result in severe engine damage that can be costly to repair.

So, in order to fix this common cracking issue, you’ll have to get a replacement for the cracked cylinder heads. The replacement cost is around $1,500 to $2,000 from a regular automobile parts dealer. However, it can be cheaper if you go to GM for the replacement.

If you are asking, “Are 862 heads any good?” The 862 heads are pretty good because they can deliver better compression after a porting job.

However, the cylinder heads may not flow well compared to 243 heads. Also, 706 heads are considered to be superior to 826 cylinder heads.

826 cylinder heads are not as sophisticated as some of their counterparts. However, you must consider all factors, including your budget, before undertaking a porting job.

The semi-permanent mold (SPM) method is more consistent, even after a porting job. On the other hand, the sand cast cylinder heads (862) may not be consistent after porting the cylinder head.

If you desire a more sophisticated cylinder head for your vehicle’s engine, 706 is an incredible choice compared to 862 heads.

Q: What are the good LS heads?

LS6 was specifically designed by General Motors (GM) as the best performance. It was designed to surpass the old LS1. The LS6 did an incredible job that even the “243” casting was later recycled on LS2.

Although GM does not produce the LS2 and LS6 anymore, you can still get brand-new sophisticated bare castings for $850 from any Chevrolet high-performance parts dealers on the automotive parts market.

The LR4 cylinder heads came on the 4.8 LS iron block engines of GM trucks. They were introduced around 1999 besides the LQ4 and LM7 truck engines which were the first set of LS engines for GM trucks.

The incredible LR4 heads were available in various GM vans, SUVs, and pickups from their inception until around 2007.

The 862 heads are on the GM’s LM7 engines. The cylinder heads are designed with aluminum materials with a 61cc combustion chamber volume. They also come with a cathedral-shaped intake port and an oval exhaust port.

The 5.3L engines are not the same as 6.0; hence, if you use the same cylinder heads with a cathedral-shaped intake port on both 6.0 and 5.3L engines, you will lose compression in the case of your 5.3L engine.

Meanwhile, 6.0L engines are 3rd generation iron block engines, and they also have an intake manifold of a truck. Another sign that distinguishes a 6.0L engine is the 6.0 stamp on the engine block.

The 317 heads are designed to provide the LQ4 engines with a 9.4:1 static compression ratio. The cylinder heads perform incredibly on the LQ4 in synergy with the dished factory pistons.

The 821 and 823 cylinder heads are pretty much similar. However, the valves and springs are the slight distinguishing factor between the two.

Q: How do I know if I have catch heads?

Castech distinguishes its cylinder heads from their counterparts by tagging a specific number to their cylinder head assembly. General Motors used Castech heads between 1999 and 2013 on their Silverado and Sierra 1500.

However, the sand cast, as well as the high possibility of experiencing a crack, in the long run, is a major concern between 862 heads Vs. 243. The cracks can lead to coolant leaking into oil space, thereby resulting in severe engine damage.

If you intend to do a porting job on your car’s cylinder head, kindly consider the pros and cons of the 862 cylinder heads before making a final decision. After that, you can get 862 heads for sale on Amazon or any other outlets.