You must have heard about the notion that letting sugar into your vehicle’s gas tank can destroy the engine. It is not precisely accurate, as sugar does not dissolve in fuel as it does in water.

This article unveils what is likely to happen if you put sugar in the gas tank and the possible way to resolve the issue so that you don’t cause severe damage to your car.

What Happens If You Put Sugar In Gas Tank? 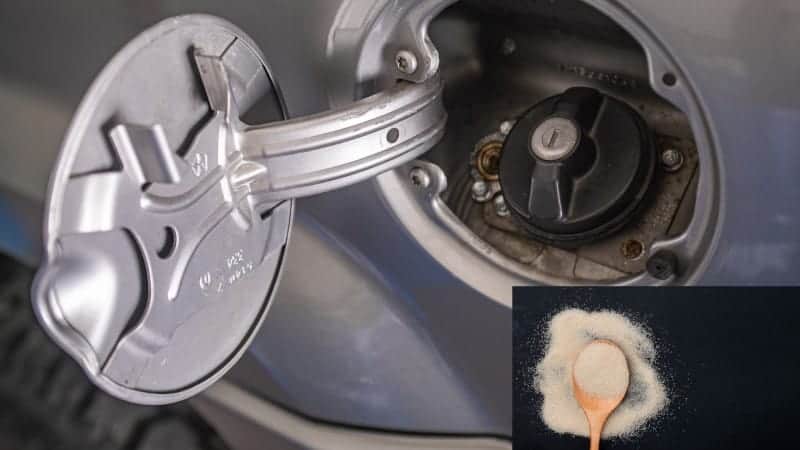 When you put sugar into your vehicle’s gas tank, it goes down to settle at the bottom of the tank instead of dissolving. Since sugar is twice as dense as fuel, some granules would not go through the fuel filter. They will rather clog the fuel filter or the injectors in a case whereby the sugar is much.

Due to the level of clogs the sugar forms on the fuel filter or injectors, your car will begin to stall as though you have run out of fuel. It will continue until the car won’t start anymore; at this point, the fuel pump and the carburetor may have been affected.

This kind of challenge can cause significant damage to your car’s engine if not treated as soon as possible. Although sugar in your vehicle’s gas tank may not directly destroy it, the clogs can affect the fuel filter and injectors, thereby killing the fuel pump and carburetor.

If you suspect or discover that someone may have put sugar in your car’s gas tank due to the symptoms that your vehicle reveals, take your vehicle to a professional auto mechanic immediately to diagnose what the problem could be.

If it is confirmed that sugar in the gas tank is responsible for the problem, the solution on how to get sugar out of gas tank is to empty your vehicle’s fuel tank, flush the fuel lines, and replace the affected components. 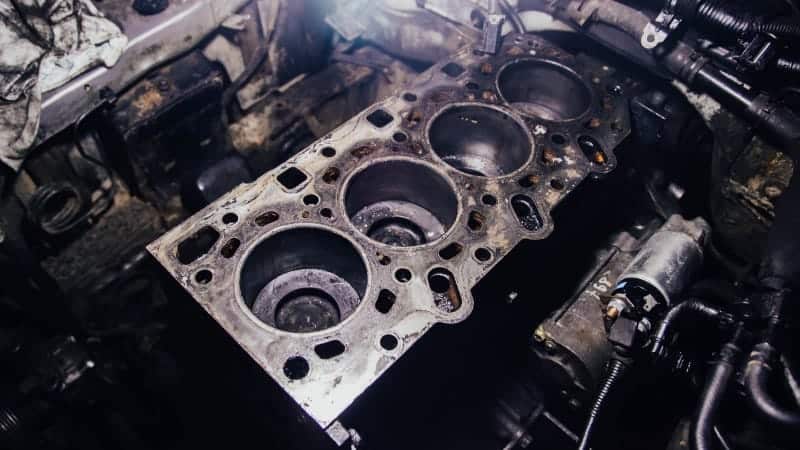 Q: Will sugar in the gas tank ruin an engine?

No, it won’t. If you put sugar inside your vehicle’s gas tank, it will not directly ruin the engine. But, it could negatively affect other parts of your car.

However, putting too much sugar in your vehicle’s gas tank can develop clogs in the fuel filters or fuel injectors. If this occurs, you will have to empty the gas tank and clean the fuel tank properly. It may also necessitate a replacement of the vehicle’s fuel filter.

Q: How much sugar in a gas tank will ruin it?

Sugar does not dissolve in gasoline as in water; it would instead move to the bottom of the gas tank and settle there. Since sugar is denser/heavier than fuel, the quantity of fuel in a gas tank determines how much sugar affects it.

However, it is not good to have any amount of sugar in your car’s gas tank because sugar does not play any role in the smooth running of a car’s engine, so why would you need it in there? If you wonder, “Is it illegal to put sugar in a gas tank?” Well, a car owner can arrest a person who is found putting sugar in their car’s gas tank.

Q: Can you drive a car with sugar in the gas tank?

When sugar enters a vehicle’s gas tank, it is a matter of time before the fuel filter or the injectors will get blocked by the clogs from the sugar; then, the fuel pump automatically fails due to a lack of fuel supply, and this can affect the smooth running of the car’s engine.

Do not try to drive your car once you discover sugar in the gas tank; instead, contact an auto mechanic to diagnose the engine components and fix the necessary parts that may have been affected.

Q: Can you tell if someone put sugar in your gas tank?

Yes, you can tell if someone put sugar in your gas tank by paying careful attention to the following occurrences; your fuel filter will be blocked by clogged sugar, resulting in your car stalling until the engine eventually refuses to start. Sometimes, you may assume that your car has run out of fuel in this case.

Endeavor to take your car to an expert auto mechanic to quickly check out the problem if you suspect that sugar may have found its way into your vehicle’s gas tank. A swift response would help you avert more severe issues in your car’s engine.

Q: What liquid will destroy a car engine?

If you are wondering, what to put in a gas tank to ruin the engine, the answer is water. Water can destroy a car’s engine because the liquid has no business with a vehicle’s combustion process; instead, it will disrupt the combustion process and stall the engine.

Since gasoline floats on water, having water in the gas tank will cause the fuel pump to channel the water through the fuel lines instead of gasoline.

When this happens, the engine’s combustion process will be altered, making the engine buck and stall until the engine can no longer start. Sugar water in gas tank effects is similar to the ones discussed above.

Sugar is only useful for man’s consumption, not for cars or other mechanical devices. Hence, you must endeavor to avoid having sugar in the gas tank. Ensure to always lock your gas tank cover at all times, except when you need to fuel your car.

If you are currently facing a challenge due to having sugar inside your vehicle’s gas tank, do not panic; kindly contact an auto mechanic to check out the problem and resolve whatever may have gone wrong.

You may have to empty the vehicle’s gas tank, flush the fuel lines, and replace the fuel filter, fuel pump, and other damaged components; this will cost you a few dollars.