However, gasoline is graded based on the percentage of octane in it. For instance, the octane percentage in 87 is different from 88. The same applies to 89 and 91. If your car uses 87 or 89 and you want to buy 88 gasoline, you may wonder, will unleaded 88 damage my car? What is unleaded 88, anyway? 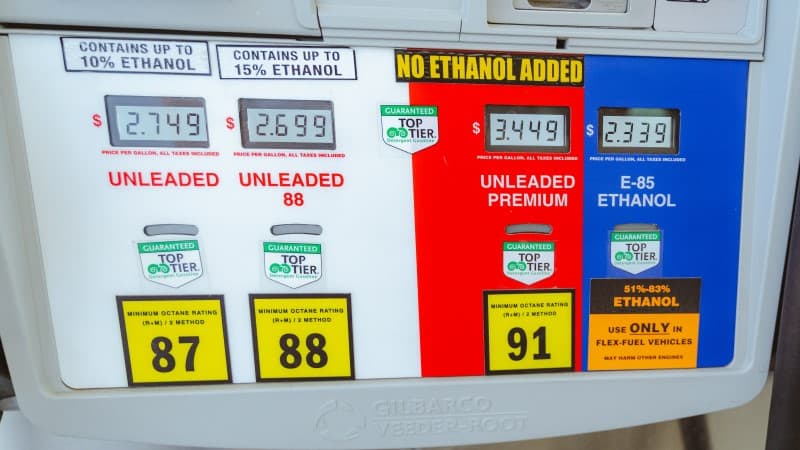 What is unleaded 88 gas?

Unleaded 88 gas, referred to as E15, is made of 85% gasoline and 15% octane. It is the same with the regular 87 gasoline – the only difference is the percentage of the octane in the refinery process. It burns cleaner than the regular 87, offers an engine boost, reduces greenhouse emissions, and improves air quality.

What is unleaded 88 gas used for?

According to the US Environmental protection Agency (EPA), every vehicle manufactured from 2001 upwards and flex-fuel compatible cars are safe to use 88 or E15 gasoline.

Before recommending this gasoline for all flex-fuel compatible cars and light-duty trucks, the EPA tested and certified them safe for use. However, kindly note that some automakers of high-end cars recommend using only premium gas and mid-grade fuels.

Will unleaded 88 damage my car?

In most gas stations, you’ll see different gas types like 87, 89, and 91, along with diesel options. Most people choose one gas type and stick to it throughout the life of the vehicle. So when they go to a full-service or self-service gas station, they feel confident to refuel their car with the right option. However, experts advise you not to step down to a lower-grade gasoline type if you usually use a higher grade.

Most forks have not heard of unleaded 88. So, most often, they ask what is unleaded 88 fuel and fall prey to the unleaded 88 vs. E85 debate. E85 gasoline is a high octane rating gasoline with 51% to 83% ethanol percentage. The most concerning question amongst these forks is, is unleaded 88 safe for my car?

The unleaded 88 gasoline is perfectly safe for your car. Although we started seeing this gasoline grade in the last couple of years, it is absolutely fine for any vehicle manufactured from 2001 upwards and any flex-fuel compatible car. So take it as another unleaded fuel for your gasoline-powered vehicles.

Advantages and disadvantages of unleaded 88 gas 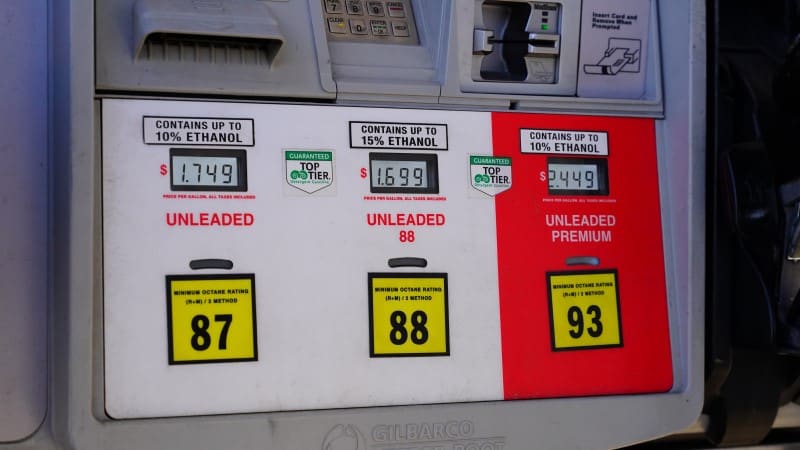 Q: What vehicles can use unleaded 88?

According to the US Environmental Protection Agency (EPA), unleaded 88 gasoline is safe to be used on all cars, trucks, and SUVs produced from 2001 and upwards. It is also safe for all flex-fuel-compatible vehicles.

However, I recommend you contact your owner’s booklet or your equipment/engine manufacturer to ensure your vehicle is compatible with the E15.

In any case, the EPA states that the unleaded 88 is not approved for older vehicles built before 2001, motorcycles, nonroad vehicles (boats and snowmobiles), engines in off-road applications/equipment (chainsaws and lawnmowers), or vehicles with heavy-duty engines (such as delivery trucks and buses).

Q: What happens if you put 88 in the unleaded car?

If you use unleaded 88 gas instead of the regular 87 unleaded gasoline, nothing will happen to your car. The only difference is just the octane rating. In fact, it will help the car to burn cleaner, reduce greenhouse effects, reduce emissions, and save you extra cash at the gas station.

However, using unleaded 88 on vehicles manufactured before 2001, offroad equipment (chainsaws and lawnmowers), nonroad vehicles (boats and snowmobiles), or heavy-duty engines (such as delivery trucks and buses) may cause some problems. Using it on any of these vehicles may cause fluid leaks and potentially lead to overheating.

Both unleaded 87 and 88 are good quality gas. They are the same fuel with different ethanol percentages in them. However, if you’re asking, unleaded 88 vs. unleaded 87, which is better? The unleaded 88 burns cleaner, improves air quality, reduces tailpipe emissions, and is cheaper than the unleaded 87 gasoline.

Unleaded 88 is a new type of regular gasoline. It can power minivans, lightweight trucks, SUVs, and compact cars manufactured from 2001 upwards. It even improves air quality, reduces greenhouse effects, and reduces emissions.

At this juncture, you’ll no longer ask, will unleaded 88 damage my car? You only have to be sure your car is not manufactured before 2001. And if you own a high-end car, consult your owner’s manual to ensure it is recommended for your car.