Since the beginning, camshafts have played essential roles in internal combustion engines. To this day, it is still a crucial component in a car engine. Camshafts consist of a length of rod or shaft, with some cam lobes attached to it. This means a camshaft comprises two components – a shaft and cam lobes. 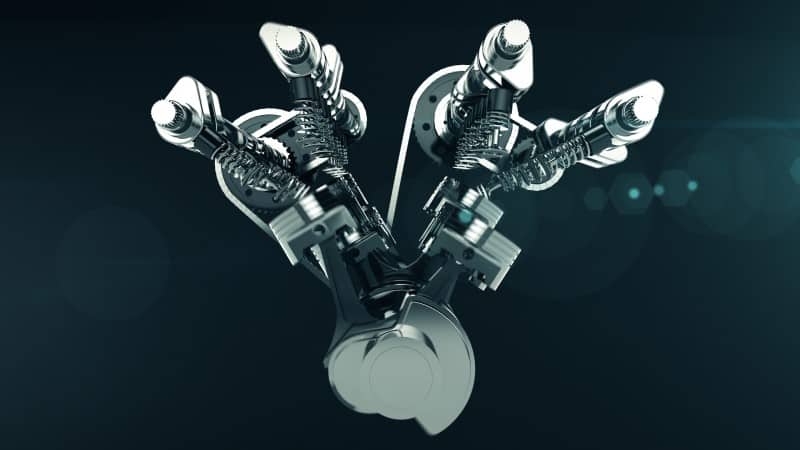 A camshaft is a cylindrical rod that runs on the top of the head cylinders with cam lobes attached to the shaft. Each lobe of the shaft is for one valve. These lobes tell the valves when to open by depressing them. In the same vein, it tells the valves when to close.

However, the camshaft determines when to let the combusted fuel out of the chamber to allow fresh mixture for another combustion cycle.

Technically, several individual components play critical roles in the combustion process. As the fresh air-fuel mixture gets into the combustion chamber, the pistons compress it by pushing it up, making it more combustible. The pistons’ up-and-down movement is synchronized to open and close the valves.

The engine crankshaft and the camshafts are connected via a timing chain or belt. This is not just a connection; they are designed to move in sync.

The synchronization of the camshafts and the crankshaft is called engine timing. The timing allows the cam and crankshaft to control the opening and closing of the valves. And the crankshaft tells the pistons when to move up and down in sync with the cam. 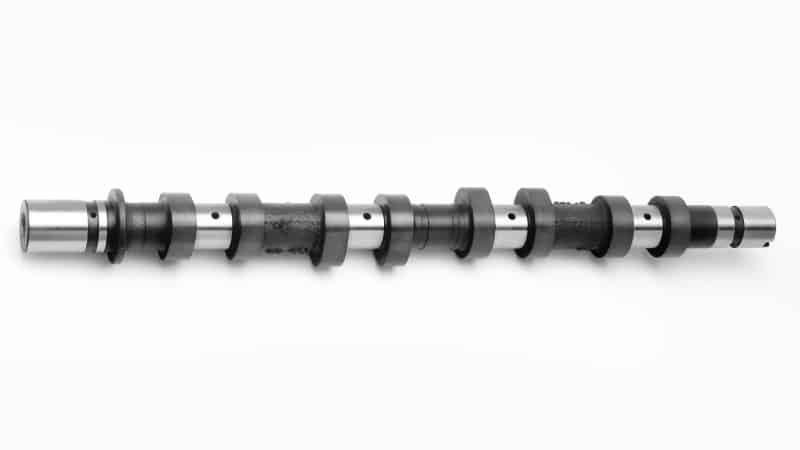 How many camshafts does a v8 have?

The engine has one camshaft per bank in a SOHC, usually placed between the valve stems. Here, the engine uses a rocker arm to transmit the cam lobes’ up-and-down movement to the valves.

The engine has two camshafts per bank in DOHC, usually placed over the valve stems. One of the camshafts is for the intake valves, while the other is for the exhaust valves. The cam lobes press the valves directly.

Car manufacturers usually equip a few newer “pushrod” engines and older ones with one camshaft on each bank. In such engines, Pushrods transmit the camshaft up-and-down movement to the rocker arms, which act upon the valves. These engines usually have two to three valves per cylinder, one on the intake and the other on the exhaust.

We repeatedly mentioned banks in this article. You may be wondering what is ‘bank’ in engines. A bank is a cylinder block, also known as a head cylinder. V-type engines usually have two banks. I-type engines such as i4 (four-cylinder) engines have a single bank. Check out this well-detailed article on bank 1 and bank 2 locations to learn more about banks on car engines.

Q: How many camshafts does an engine have?

Q: Do cars have two camshafts?

Q: What is a four-cam engine?

Q: What cars have twin cams?

This article has explained how camshafts work in car engines and how to determine how many camshafts your engine has. So, it doesn’t matter whether you have a four-cylinder, V6, V8, or V10; you can correctly say how many camshafts it has by determining whether it is a SOHC or DOHC engine.