Thanks to the internet, we have plenty of referral resources for vehicle maintenance and repair needs. Among the materials, including blogs and videos. You can get informative videos on sites like YouTube. Talking about YouTube, ChrisFix is one of the most popular channels. It brings us to our main subject, who is ChrisFix?

ChrisFix is both the name of the YouTube channel and the content creator. He mainly concentrates on car repairs and maintenance tips. Stick on as we try to unmask this YouTuber.

What Does ChrisFix Do?

ChrisFix, real name Chris Magello is a renowned YouTuber whose niche is the automotive industry. He is a New Jersey native, born in 1996. As per his confession, he initially went by Chris Fish in elementary school, stemming from his love for fishing.

However, as he grew, he discovered another hobby, cars. He used to spend a lot of time with his father repairing vehicles, and a passion developed. He started his YouTube channel in 2008 when he was 12 years old.

At the moment, his channel is one of the most vibrant in the car mechanics niche. It has over 1.2 billion cumulative views and subscribers a few digits shy of 8 million. When he first ventured into YouTube, it was mainly for fun. Seeing the impressive reception of his auto videos, he decided to get serious on the platform.

Among the things that boost his subscriber numbers is his consistency.  On average, he provides weekly content.

Uniqueness also worked to ChrisFix’s advantage. In most of his videos, he wears a helmet. From several interviews and personal statements, he says he wears a helmet for privacy. While his face has been on the low, ChrisFix face, Reddit discussions bring forth many suggestions as to his possible identity.

Who is ChrisFix’s wife? It is unclear if he is in a relationship or not, as he prefers to keep his personal life private.

Most of the videos are step-by-step guides.  A look at the channel, you get impressive subjects like how to replace a power steering pump and how to test and replace a bad car battery.

Chris Magello’s presentation is simple and ideal for both professional and beginner viewers.

What Tools Does ChrisFix Recommend For Auto Repair?

A mechanics toolbox is a must-have when you want to maintain your vehicle. The helmeted YouTuber has plenty of videos dedicated to the tools you should have at all times. Let us look at the tools that Chris Magello recommends for auto repair. 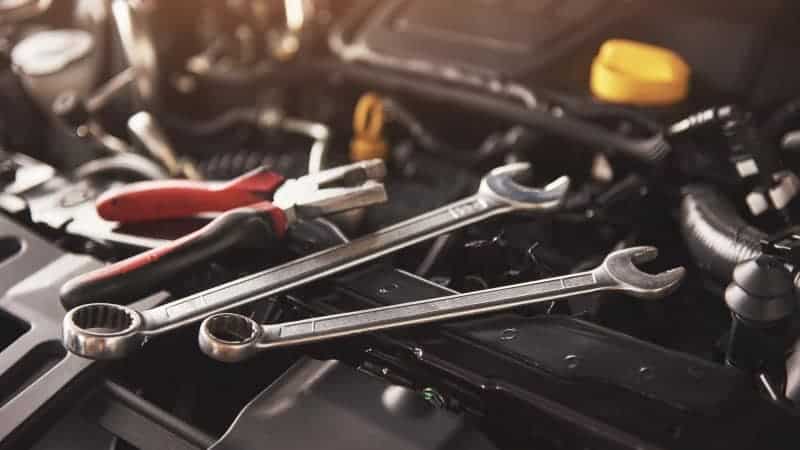 According to this auto enthusiast, the number one acquisition that you should have in your garage is a mechanics toolbox. Its primary purpose is for organization, where you can easily get the tool you want. On his channel, you can see that he prefers the large drawer-style toolbox. While it may be expensive, it does an excellent job of storing your gadgets.

Optionally, you can go for the smaller toolboxes that look like a briefcase. The good thing about them is that they are portable, ideal if you are on the road most of the time.

A wrench set comes in handy in many situations, from engine repairs to working on your wheels. It is crucial to have one as your primary toolset. For effectiveness, go for a metric wrench set, with attention to the sockets. Such an acquisition allows for versatility when dealing with various car parts.

A Pair of Pliers

Another must-have tool is a pair of pliers. It is a multipurpose utility that helps in various areas like cutting and fixing wires, tightening or loosening bolts, and many more. There are several types of pliers, such as the needle nose, lineman’s, and blunt nose pliers. Having a collection of various pliers will aid you in tackling different car maintenance and repair engagements.

A screwdriver is a tool that you should not miss in your toolbox. Screwdrivers come in various forms and sizes, with their primary purpose being driving in or removal of screws. Before getting a screwdriver, look at the type of screws you are dealing with. For adaptability, go for a screwdriver set, which will have heads matching different kinds of screws.

Other tools that you can have apart from the listed include a cleaning solution and the good old duct tape. 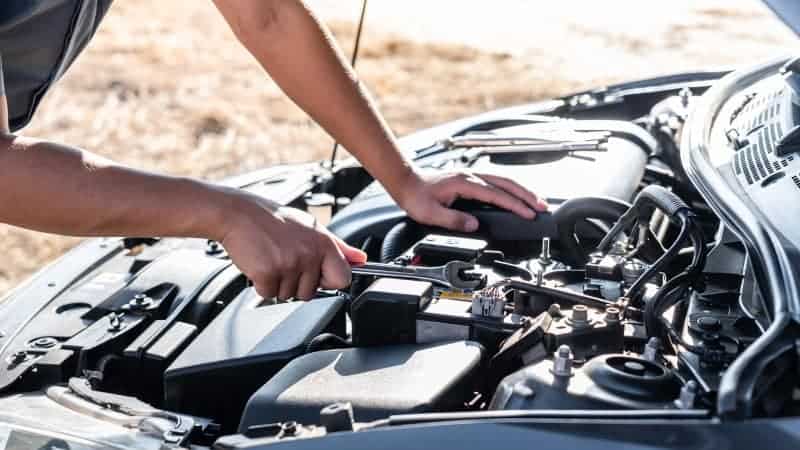 Q: What Is ChrisFix Real Name?

ChrisFix is an internet personality with a considerable following on YouTube with around 8 million subscribers. He was born Chris Magello on July 4th, 1996, in Tennet, New Jersey. According to him, he shoots most of his videos from his parent’s garage and driveway.

Q: What Is ChrisFix’s Net Worth?

ChrisFix is doing well by himself, judging by his net worth. At the moment, he has a value of around $3.2 million. His YouTube channel is the main contributor to his wealth.

Q: How Does ChrisFix Make Money?

According to various sources, ChrisFix’s net worth is roughly $3.2 million. It is an impressive asset base, considering how young he is. He makes money from affiliate links that he posts on his social media handles. Besides YouTube, you can also find him on Instagram, Facebook, and Twitter.

He also deals in merchandise like t-shirts, caps, and stickers. The other source of ChrisFix’s income is the sale of vehicles. He buys cheaper out-of-order cars, restores them through necessary repairs, and sells them at a profit.

Q: How Did Chrisfix Die?

Around 2019, there were rumors of ChrisFix’s death. However, he debunked the stories doing round by continuing to upload content on his channel. The confusion came from the demise of Turner and CBS ad sales executive Christopher Neilson Fix, who also went by the name Chris Fix.

Q: Why ChrisFix Hide His Face?

One thing that sets ChrisFix apart from other YouTube personalities is that he wears a helmet to cover his face. He does so for his privacy, though he promises a face reveal once his subscribers’ numbers hit the 10 million mark.

The helmeted YouTuber has mystery written all over him. He has excellent videos on his channel, but a large part of his following doubts his existence. Some suggest he is not real, while others think that different people wear helmet, taking the ChrisFix identity.

The YouTube star is real, going by Chris Magello.

Q: Is ChrisFix A Real Mechanic?

ChrisFix demonstrates a high degree of automotive knowledge from his online content. Is he a real mechanic? He appears to be a Bachelor of Science graduate from Rutgers University from his bio on various sites. He seems to have acquired the experience from his father and long-term exposure to auto mechanics.

There are several online platforms that you can check out for tips on vehicle repairs and maintenance. YouTube is one of the platforms where you will find people like ChrisFix. He is a pro in his works and brings you plenty of guides on maintaining your car. Check out his channel and subscribe for informative content on auto-mechanics.