Catalytic converters theft has been on the high side over the years. This is because the component has been spotted to contain some precious metals that can rake in a few bucks for the perpetrators of the crime.

This post will expose the amount of platinum in the component and its worth, especially when sold on the black market. After studying the details in this post, you will have an answer to the question – How much platinum is in a catalytic converter, and how much is it worth? 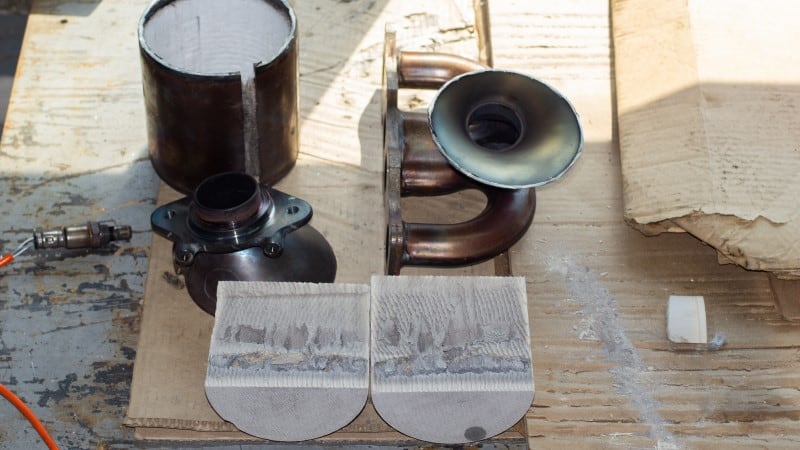 How Much Is Platinum In A Catalytic Converter?

A standard catalytic converter contains around 3 – 7 grams (0.106 – 0.247 ounces) of platinum. However, ascertaining how much platinum is there in a catalytic converter depends on the vehicle’s make, model, and year. While some cars come with a relatively low amount of platinum, others may have up to two times the former.

The 2016 Toyota Prius seems to contain a large amount of platinum because of its extremely low emissions. In fact, the car was tagged a SULEV – Super Ultra Low Emissions Vehicle. This was based on the AT-PZEV (Advanced Technology Partial Zero Emission Vehicle) rating in 2016.

Unfortunately, the good news is also a piece of bad news at the same time! This is because the extent of precious metals present in the car’s cat converter has attracted more thieves to it than many other vehicles on the street. In fact, if you drive a Prius, you had better keep a high alert.

Some theft specialists will not miss a chance to remove the car’s converter at the slightest opportunity. But, again, these people are not interested in the component alone; they are aware of how much platinum is used in a catalytic converter and its worth.

Read Also: How to Unclog a Catalytic Converter? All That You Need To Know

What is the Reason to Use Platinum in a Catalytic Converter?

Platinum is used in the catalytic converter to oxidize the release of Hydrocarbons (HC) and Carbon Monoxide (CO). The catalyst converts these toxic substances into a less harmful gaseous release by catalyzing the reduction-oxidation (redox) reaction.

With the platinum and other metals present in a cat converter, there’s no worry about failing emissions tests because they minimize the degree of toxins in the exhaust and control the odor from the pollutants.

That’s why it is completely illegal to drive without a catalytic converter. Removing the component does not only harm the environment; it also poses a danger to the vehicle owner.

So, it is unfortunate that such a critically important auto component becomes the target of stealing. On top of the high cost, the role it plays in keeping the atmosphere toxic-free due to the presence of the catalysts in the component is more than necessary.

Read Also: How to Clean a Catalytic Converter?

How to Recover Platinum from Catalytic Converters

Platinum is the most sought-after among the three precious metals in a catalytic converter because of its commercial and industrial value. Meanwhile, the honeycomb-like structure of the component is the targeted area because of the high value it may bring.

Recovering platinum from a catalytic converter is quite straightforward, even though it is advisable to allow professionals to do the job.

Firstly, go underneath your vehicle to locate the catalytic converter and remove it. Some of the methods to employ include using a flame cutter, chop saw, or unscrewing the bolts with the aid of a socket wrench. Whatever approach you choose, please be careful.

Once you get the converter out, use a flame cutter or a cutting torch to split it open. While doing this, ensure to wear a pair of heavy industrial hand gloves and a protective goggle (eyeglasses). Remember, “ABC – Always Be Careful!”

After splitting up the converter, carefully open the component’s ceramic honeycomb. Then, nudge out the platinum from the case.

Step 4: Pry out the platinum with a screwdriver

Meanwhile, if you’re wondering where to sell platinum from catalytic converters, kindly contact a local scrap metal dealer in your city. 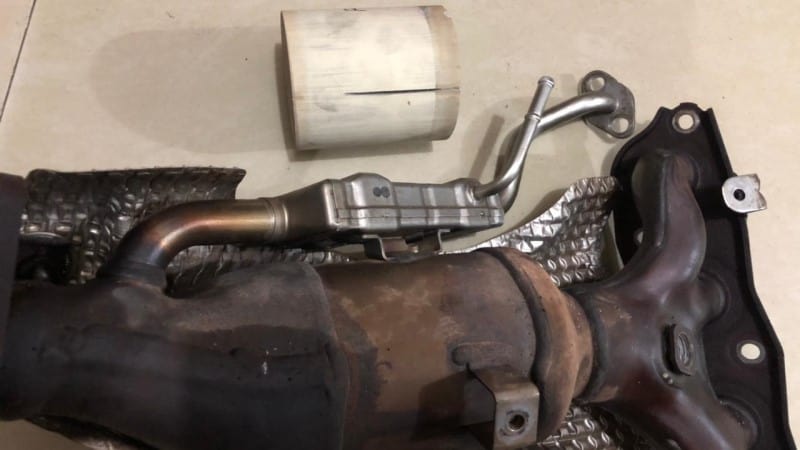 Q: How much is the platinum in a catalytic converter worth?

That’s why cat converters theft is common with vehicles with more platinum. Therefore, ensure to protect your car from catalytic converter theft perpetrators. Meanwhile, if you have a scrapped one, you may want to check out the price with a local metal dealer.

Q: Which catalytic converters have the most platinum?

Some of the catalytic converters with the most platinum include the converters in the Ferrari F430, Lamborghini Aventador, Ram 2500, Ford F250, Ford Mustang, etc. The amount of platinum and other precious metals in these cars makes them special targets for cat converter thieves.

Due to the rising number of missing cat converters in different vehicles across various cities, kindly ensure to park in safe locations where your car will not be a victim.

Q: How much platinum do you get out of a catalytic converter?

If you’re asking, “How much platinum is in a typical catalytic converter?” Most converters come with up to 3 – 7 grams of platinum, alongside other precious metals like rhodium and palladium. These metals are costly when sold in the scrap metal market.

Therefore, if you replaced a bad catalytic converter in your car, don’t discard the old one as it can be sold for a few bucks up to a couple of hundreds of dollars. You may want to check out the price list of catalytic converters online.

Q: How much platinum is in a Toyota catalytic converter?

Most Toyota vehicles have an average of between 3 grams and 7 grams of platinum in their catalytic converters. However, the Toyota Prius contains the converter with the most platinum alongside rhodium and palladium. No wonder it is a major target for thieves.

Whether you’re contemplating how much platinum is in a catalytic converter in a Prius or Corolla, replacing a stolen catalytic converter can be costly. So, it would be best to protect your car from people who are out there to vandalize the precious component for money.

Q: How much is 5 grams of platinum?

Whatever the case may be, platinum, rhodium, palladium, silver, gold, etc., are all precious metals that command financial value in the market any time, any day. Therefore, if you have scrap metal with any of these valuables, ensure to sell it off for some returns.

Q: How pure is platinum in a catalytic converter?

Platinum is not a mixture but a pure substance. Among other precious metals, platinum is the purest, with about 90% – 95% rating. This is why it is a vital component of a vehicle’s catalytic converter.

Pure metal plays an important role in purifying the toxic pollutants in a vehicle’s exhaust system before they are released as less harmful gaseous emissions.

Meanwhile, discarding your old catalytic converter is not ideal. Even though it is no longer useful to your car, it still has some economic value. You can sell it for a few dollars in the scrap metal market.

However, if you choose to extract the metals yourself, ensure to follow the procedure recommended above. Nevertheless, extracting platinum is most likely a job for professionals. So, contact the experts to perform the task to get it hassle-free.