Electric cars have been in existence since 1835. This is quite a long time, but you can’t compare them with today’s electric bike speed, not to talk of conventional cars. However, in the last two decades, we started seeing electric cars with futuristic sleek designs, deadly horsepower, and torques.

Electric cars are making big waves in the automobile industry. These pollution-free, noiseless, and high-performance cars are expected to outdate their internal combustion engine rivals by 2025.

Tesla has been at the forefront of manufacturing futuristic electric cars since its inception in 2003. But how do electric cars work? Does Tesla have an engine? How does a Tesla engine work? We’ll explain these and more in this article. But first, let’s see if Tesla cars truly have engines. 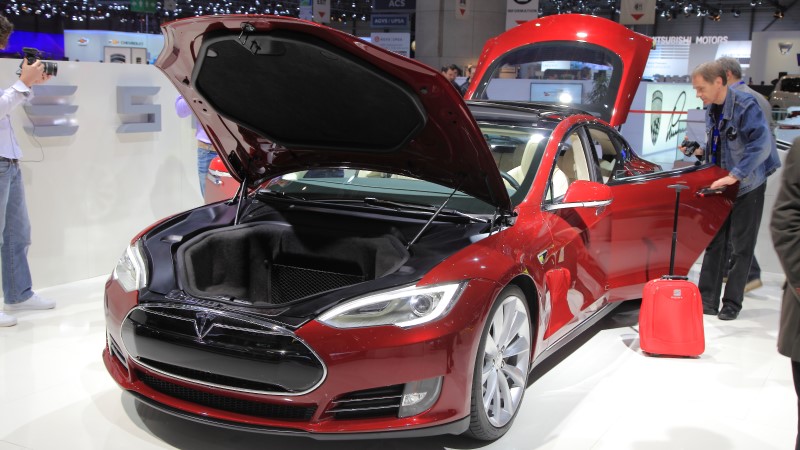 Does Tesla Have An Engine?

As I mentioned earlier, these electric motors work with rechargeable batteries. Therefore, you need to recharge the battery from time to time instead of buying gasoline or diesel in a gas station. You can plug your electric car into a standard outlet or install a wall charger for a much quicker charge.

How Does A Tesla Engine Work?

In this section, you’ll learn how Tesla electric cars achieve superior power by examining the technology behind the induction motor, inverter, the lithium-Ion battery power source, and, above all, the synchronized vehicle mechanism in a typical step-by-step manner.

The powerhouse of Tesla vehicles, the induction motor, is invented by a great scientist Nikola Tesla around 100 years ago.

The induction motor consists of two components: the rotor and the stator. The rotor comprises conducting bars. The bars are typically short-circuited at each edge.

The stator has a three-phase AC power input in the coil. This produces a rotating magnetic field. The induction motor in Tesla generates a four-pole magnetic field. This RMF then induces the electric flow on the rotor bars to enable it to turn.

So, by just deferring the frequency of the alternating current supply, you’ll increase or decrease the vehicle speed. This technology enhances Tesla and other electric cars’ speed and makes them reliable and easy to control.

The induction motor speed ranges from 0 to 18,000 RPM. This is one of the futuristic advantages of electric cars over conventional gasoline-powered and diesel-powered engines. There is no doubt that ICE-powered vehicles produce usable horsepower and torque, but it comes only within a limited speed range. But where does the induction motor receive power?

The battery pack produces all usable power for the induction motor. The battery generates direct current, but the DC electric flow has to be converted to alternating current. And that’s where the inverter comes into play. (We’ll get to that in a moment).

Tesla also installs a Glycol coolant that runs via some inner metallic tubes among the gaps on these small battery cells to prevent them from overheating.

Using several small cells Instead of a few big cells guarantees efficient cooling. And this helps to extend the battery lifespan. The manufacturers place the small cells in modules. There are around 16 modules in most Tesla cars, which consist of 7,000 small lithium-Ion battery cells.

When the Glycol coolant absorbs heat, it returns to the radiator in front of the car to cool it down.

Let’s have Tesla drivetrains explained and examine how it works with the Tesla engine – technically, Tesla electric motor. The tesla motor sends the generated power to the wheels via a transmission. It’s essential to note that Tesla transmission uses a single-speed transmission algorithm. This is quite different from a conventional transmission.

You can check this article – how many gears do electric cars have to better understand how a Tesla transmission works. 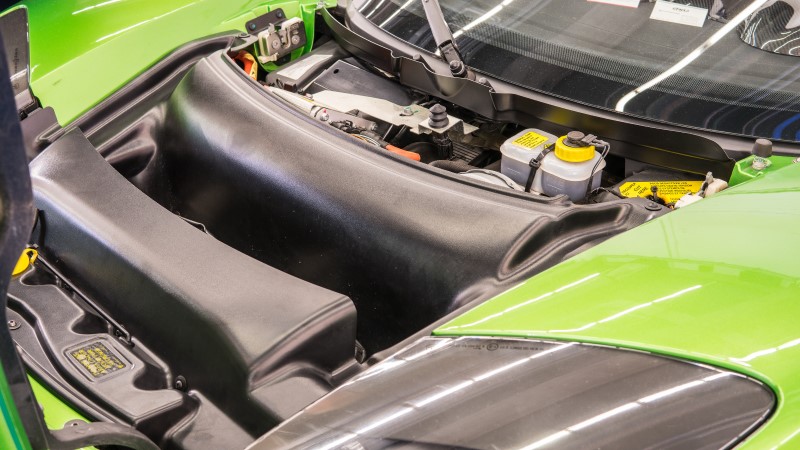 Q: What can of motors are in Tesla?

Q: Where is the motor in Tesla

Q: Is Tesla powered by gas?

No, Tesla does not run on gas. They run on 100% electricity and will probably never run on gasoline. Tesla will always be all-electric cars because they trust their technology and will not want to devolve the quality of their system or mitigate to hybrid or gasoline technology.

Q: Does Tesla have transmissions?

There’s a lot of misconception and uncertainty regarding how Tesla transmits power to the wheels. If you’re asking, does a tesla have a transmission? The answer is a bit tricky. In any case, Tesla has single-speed transmissions. This means they have one gear and, of course, do not need more than that.

However, the single-speed transmission does not work like the ones on internal combustion engines, where you need to shift from lower to a higher gear and vice versa.

Q: How fast can a Tesla go?

Among many claims, Tesla said the Roadster is the fastest car in the world. For example, the Tesla Roadster covers 0-60 mph in 1.9 seconds. The company also said the car has a top speed of 250 mph and a range of 620 miles.

However, Tesla is not the fastest car on the road. In fact, most Bugatti is faster than Tesla roadster in top speed, but the Roadster has a better acceleration time than most Bugatti.

According to a report by Blomberg, Tesla uses around 3,000 liters of water for every car they manufacture. This is quite high, but brands like Volkswagen and Mercedes-Benz take roughly 3,700 and 4,700 liters, respectively.

Q: Does Tesla have brakes?

All Tesla models come with high-performance Brembo emergency and automatic braking functions. Tesla uses disc brakes like every other vehicle on the road. However, the brakes do not wear like the ones on your traditional cars. In addition, the brake pads on Tesla models can last half of the lifespan of the car.

Q: Does Tesla have a spare tire?

All Tesla models do not have a spare tire. Instead of installing a spare tire, Tesla focuses on creating a maximum interior space and a large amount of cargo space.

However, I think the primary reason Tesla does not install a spare tire is that research shows that Tesla owners will hardly or never make use of the spare tire throughout the lifespan of the car.

The subject ‘does Tesla have an engine’ is a prevalent topic on many automotive forums. If you have popped up a Tesla hood, you’ll ask, ‘where is the Tesla engine?’

Tesla does not have traditional gasoline-powered or diesel-powered engines. Instead, they use an induction motor, which serves as the engine. It’s crucial to note that most car enthusiasts refer to the induction motor as an engine. So, don’t get confused when you hear electric car motor and electric car engine.

We’ve provided all you need to know about electric car motors and how they work. You can refer this article to anyone still contemplating if Tesla cars have engines.